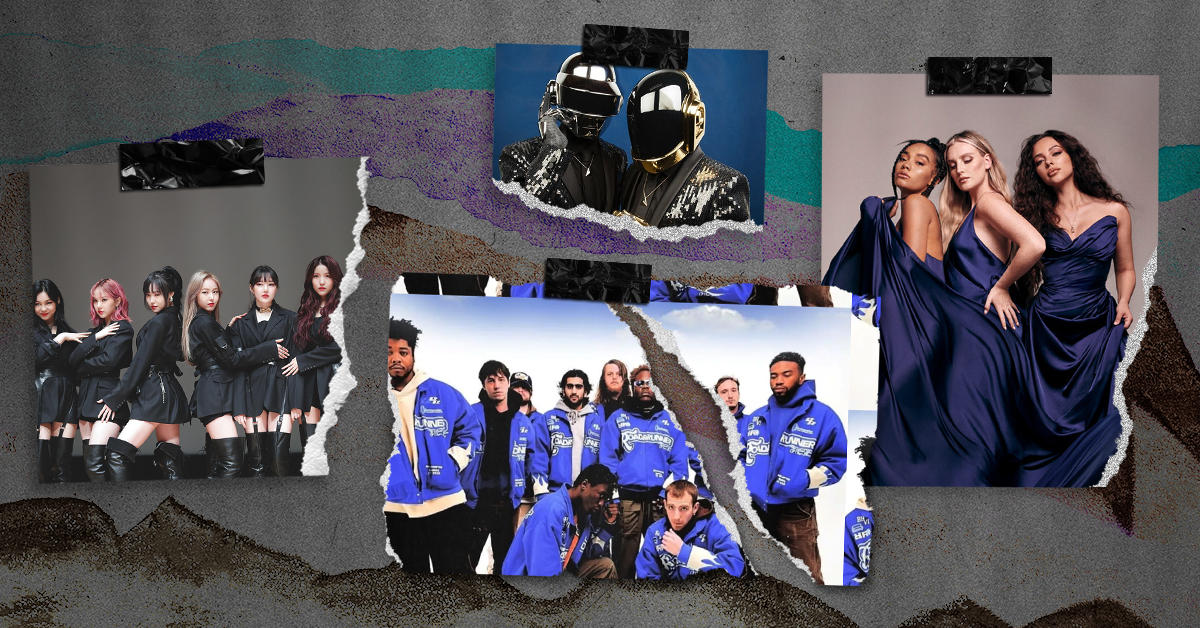 Music Acts We Said, and Will Be Saying Goodbye To. Here’s to hoping that reunions are still on the table

All good things come to an end. An iconic TV show, a novel series you’ve religiously followed and even well-deserved vacations reach their ultimate ends. Accepting this reality comes with a fair share of devastation, especially for everything that offered us a reprieve. In music, inevitable endings, indefinite hiatuses and goodbyes are abundant. Lucky are those who survive years of being apart before bouncing back stronger than ever, like The Jonas Brothers and even ABBA.

But while we welcome these reunions with open arms, we also have to bid adieu to other iconic artists and groups. Scroll along to the seven musical acts we said or will be saying goodbye to.

Those who grew up in the early 2000s know Gwen Stefani as the great pop girl behind The Great Escape and Hollaback Girl, as well as her affinity for Harajuku girls. But her time with the members of No Doubt shaped the 90s with their new wave and alternative rock sound. The band tried making music again in 2012 with Push and Shove before finally closing the door to No Doubt. In an interview with Rolling Stone back in 2016, Stefani shares that making music with Tony Kanal was magic, “But I think we’ve grown apart as far as what kind of music we want to make.”

One Direction’s influence moved mountains back in the early 2010s, mobilizing millions of fans thanks to their easygoing sound in pop music. Years later, their songs still provide a happy rush. Some of their tracks even turn into Tiktok trends, showing their lasting impact. So we can’t help but stay hopeful that they will reunite eventually, even for just a short while.

One of Japan’s most famous and longest-standing boy bands, ARASHI, announced their hiatus in November 2020—after 21 years of continuous activities. While the news broke the hearts of many of their loyal fans, Ohno, Sho, Aiba, Ninomiya and Jun’s choice to go their separate ways seemed timely. After all, each one needs needs time to go on their own. However, despite all five members focusing on their own thing, ARASHI continued to place highly on Japan’s coveted Oricon Weekly Digital Album Ranking Chart, proving their impact.

In 2021, Daft Punk announced the end of the Grammy-winning duo. Many recognized their genius with hits like One More Time, Get Lucky and even engineering the soundtrack to Tron: Legacy. But their discography established a long-standing legacy as they raised a generation of artists. It’s been a while since their split, but who knows? They might just pull something like a Swedish House Mafia and reunite.

RELATED: The 2022 Grammys Are Officially Postponed

GFRIEND’s end is one K-pop disbandment that shocked many, especially since the trajectory of GFRIEND was slowly climbing higher after Mago. The abrupt ending surprised even Yerin, Sowon, SinB, Eunha, Umji and Yuju, who couldn’t say goodbye to their fans with one last performance. But at least it’s good to know that they’re all on good terms, especially with the members supporting Yuju on her solo debut.

With empowering anthems, soaring vocals and addictive choruses, Little Mix gained a vast following with timeless hits like Salute, Black Magic and Shout Out To My Ex. After Jesy Nelson departed from the group in 2020, Little Mix continued as a trio and released a greatest hits compilation for their 10th anniversary called Between Us. That same year, Leigh-Anne Pinnock and Perrie Edwards announced their pregnancies. So, taking time off to focus on their families and solo careers only seemed like the right move to make.

BROCKHAMPTON, known for their smooth hiphop tunes and diverse lineup, skyrocketed to fame in 2017 with their SATURATION trilogy. The group released hit singles like SUGAR and BLEACH. BROCKHAMPTON continued to make music after that, even after the departure of founding member Ameer Vann in 2018 due to his proven history of sexual abuse. It seems that 12 years since their formation, BROCKHAMPTON has come at a crossroads. Their last show together will be their set at Coachella 2022.

Did we miss any band breakups? How about jaw-dropping reunions? Let us know in the comments below!