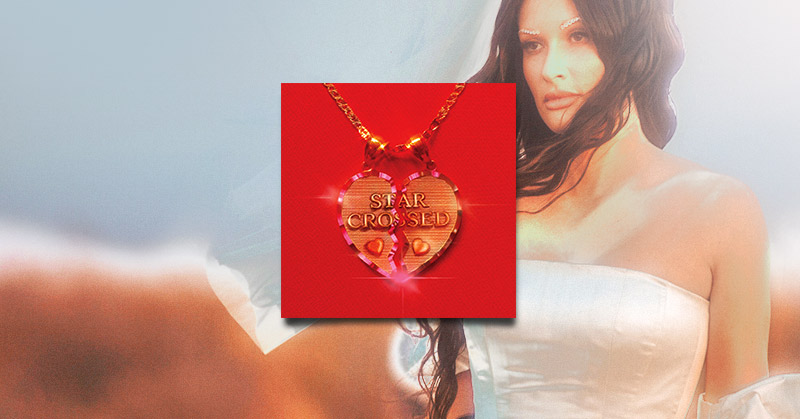 Fall Apart With Kacey Musgraves’ Star-Crossed, An Offering for the Unlucky in Love

Kacey Musgraves’ Grammy Award-winning album, Golden Hour, came to me at an incredibly serendipitous time. Happy & Sad felt like it was written *for* me when I discovered and fell deep into the black hole of dating. This quiet hope existed, though scant, even after every could-be relationship came to its eventual demise. Still, I could not hold on to fleeting moments of bliss because I refused to deal with the messy aftermath.

And now, as I nurse an abrupt, rigid heartbreak, Kacey’s fourth studio album star-crossed—produced after her discreet yet heartwrenching divorce—proves to be as timely as ever. “Star-crossed,” as Kacey personally describes it, is “to be fucked by love or luck (see: ill-fated).” With hero singles like good wife, hookup scene, breadwinner and camera roll, the millennial country pop heroine takes us on a pilgrimage of a woman who loved and lost, and is now in the process of advocating for herself.

Star-crossed is a modern tragedy performed in three acts, an art form where the public can witness the climax, the downfall and the resolution of one Kacey Musgraves. She explores the themes of heartbreak, grief and healing in an exclusive Apple interview with Zane Lowe. The 6-time Grammy Award-winner shares, “I think that there is always reward in choosing to be [your] most vulnerable [self]. I have to remind myself that that’s one of the strongest things that you can do—is to be witnessed being vulnerable. So just trying to lean into that and all the emotions that come with that, in doing so, I just think the whole point of that is [to achieve] human connection.”

Kacey adds, “I feel through this process, a little closer to humanity in some ways. You know, you can be the Golden Hour girl and you can have rose-colored glasses and experience this, like, earth-shattering love and you can experience the antithesis of that, and that is life.”

The pandemic has forced Kacey to examine her grief and sit with it, giving birth to singles like camera roll, a cautionary tale on love in the digital age. With lyrics like “Chronological order, and nothing but torture/ Scroll too far back, that’s what you get” and “Look at me, I’m living all alone/ And now you’re only living in my phone,” heartbreak is the foundation of star-crossed. Still, acknowledging her past relationship and the love that came with it is part of the moving on process. Healing, after all, isn’t linear.

Many women resonated, too, with breadwinner, alluding to an insecure male whose female partner’s success eats him up. She sings, “He wants your shimmer/ To make him feel bigger/ Until he starts feeling insecure/ I wish somebody would’ve told me the truth/ See, he’s never gonna know what to do/ With a woman like you.” With a rapidly growing number of women outearning their partners, especially in heterosexual dual-income households, breadwinner points out gender stereotypes that still persist in this day and age.

Kacey Musgraves may no longer be the country singer of her Pageant Material era or the starry-eyed singer-songwriter talking about “earth-shattering love” in Golden Hour, but with star-crossed, she matures and advocates for, first and foremost, herself and explores the pilgrimage towards healing.