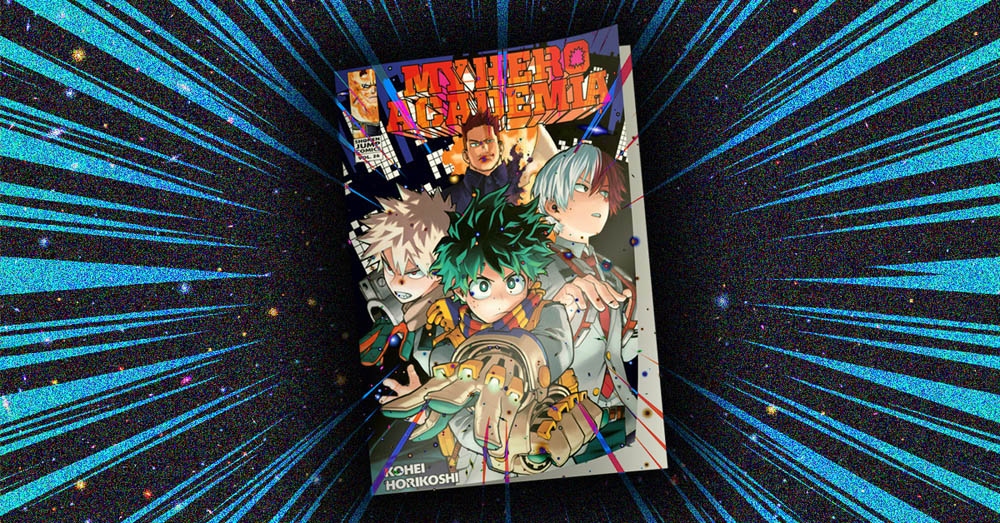 Where the Heck Is the “My Hero Academia” Story Going?

There was a time when things were simpler for My Hero Academia (or Boku no Hero Academia) as both a manga and an anime.

Right out the gate, we understood MHA as a send-up of the superhero genre. Easy to digest. We also understood that the hero and inheritor of the One for All quirk, Izuku Midoriya, was destined to face the man the series was building up to be the main villain, Tomura Shigaraki.

Perhaps subconsciously, we were also making certain assumptions about My Hero Academia. We assumed Midoriya and the rest of his class were going to experience sophomore and junior years, instead of facing down the apocalypse as mere freshmen. We thought the idea of the Quirk Singularity would unfold a little slower over the course of years. We thought minor characters like Mina Ashido and Rikido Santo (AKA Pinky and Sugar Man) would get their own little arcs in the spotlight, moments that would feel both surprising and deserved, like the first time we met Red Riot in his Unbreakable form.

But the latest arc of the manga shows things getting out of control, and not in a way that feels action-packed and well-paced. It feels like Horikoshi-sensei is spinning a lot of plates. Major events feel unearned and totally unforeshadowed, and fight sequences are dragged out for so long they actually get boring. These are the symptoms of a series that—for a good while, let’s be honest—suffered from egregious power creep. I submit three pieces of evidence to weaboo court.

And in case you missed it, we’re discussing major spoilers ahead. You were warned.

RELATED: Classic Anime Series You’ve Forgotten About but Are Worth Revisiting

Exhibit A: The fight of Koji Koda and Mezo Shoji (AKA Anima and Tentacole)

Repeatedly, My Hero Academia has referenced a type of classification called “Heteromorph,” which refers to people whose genetics give them features that deviate far from what’s humanoid. Anima, Tentacole and that tall fox lady we saw some chapters back are all heteromorphs. On paper, it makes sense to pit Anima and Tentacole against a juiced-up version of the League of Villains’ most non-human heteromorph, Spinner, whom we’ve seen transformed into something more monstrous, inspiring legions of frustrated heteromorph citizens.

The thing is, at no point did we ever get a compelling picture of the systemic prejudices that heteromorphs face in the world of MHA, nor did we ever get to see Koda and Shoji’s personal emotional investment in the issue. Horikoshi seems to contrive the arc by shoehorning flashbacks into Koda and Shoji’s story, and styling them as potential leaders of the movement without seriously engaging with the politics of heteromorph discrimination. The deeper meaning of this showdown would be more moving if in chapters prior, MHA engaged more deeply and thoroughly with Stain’s impact on the hero society. Alas, we get an ideological showdown that just feels unfocused.

RELATED:  Is Chainsaw Man Worth The Hype?

Didn’t it feel like too much of a leap for Shigaraki to go from Decay to getting a grab bag of quirks that allowed him to go toe to toe against Star and Stripe? Star and Stripe, AKA Cathleen Bate, was a powerful United States superhero introduced in the manga whose power was basically conditional reality manipulation. I believe the fight was meant to emphasize Shigaraki as a threat of international consequence, while making the situation more dire by pitting him against a hero inspired by All Might.

Star and Stripe is introduced as a powerhouse and is killed in the span of a few chapters. The situation doesn’t develop. Nobody’s character develops. The texture of the world is barely enriched. Somebody just dies to prove that a bad guy is, indeed, bad. Sometimes that’s enough. Unfortunately, what we got from those chapters was a spectacle as meaningless as Fourth of July fireworks.

Exhibit C: The death of Bakugo

Is he really dead? We don’t know for sure. Edgeshot is putting Bakugo’s exploded heart together by essentially turning into medical stitches. But where the hell did this development come from? Edgeshot was one of the heroes who saved Bakugo when he was kidnapped by the league many, many chapters ago, but why him? Where’s the connection? What about Best Jeanist? What is it about Edgeshot’s self-sacrifice that feels narratively congruent and earned?

Practically nothing. Speaking as a huge fan of Bakugo’s character, I believe there is a way for his death, or any grievous injury done to his person, to enrich the story. But not like this. We don’t know for sure, though. We still have some chapters to go, and fingers crossed that Dynamight comes back from the brink madder than ever. But considering Horikoshi’s established pattern of spilling blood for shock value, I don’t have much hope for My Hero Academia.

I have hope for the manga still, and I’m faithfully keeping up with the chapters week after week. I’ve been doing this since 2015. It just feels more like a chore now. All for what?