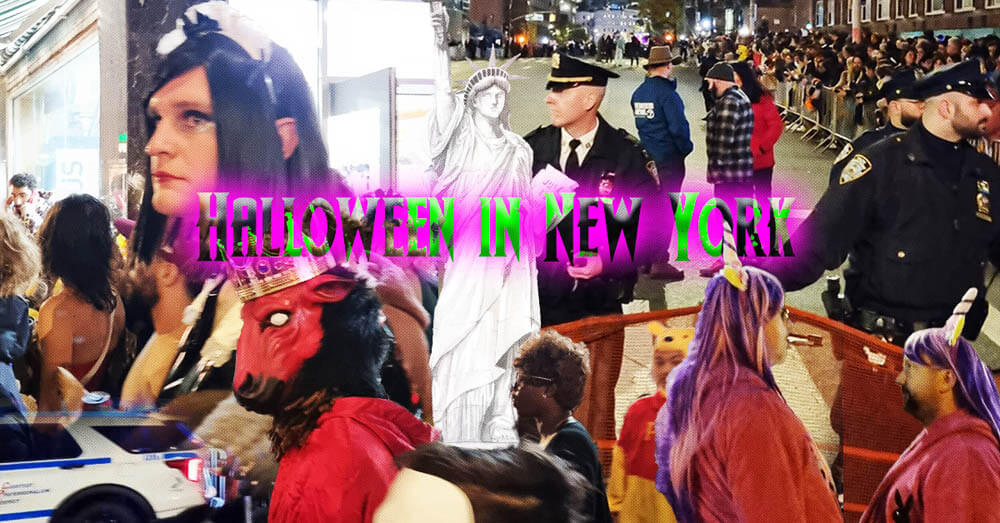 Americans take Halloween seriously. This is especially true in a city as grand and boisterous as New York, where many of the all-time great horror movies—from Rosemary’s Baby to Ghostbusters—have been set. October 31st this year fell on a Monday but, as earlier as a month before, the Halloween spirit was palpable: commuters on the subway dressed in superhero garb, spooky, elaborate décor on brownstone porches in neighborhoods throughout the city, countless Halloween-themed events like haunted houses or pumpkin picking popping up across town.

The actual weekend of Halloween, things grew increasingly intense: more costumes, more parties, more of everything Halloween. But nothing could have prepared me for the 31st.

This was my first Halloween in New York and, knowing that Halloween was on a Monday, I thought the 31st would be a relaxed day; that the NY population had their fun and festivities over the weekend and that things would mellow out, perhaps even take on a somber note. I thought: on the 31st, the city would recover from its collective weekend hangover, both alcohol and sugar-induced. Also, Monday is a work (or school) night, the beginning of the week–people need their rest. This sentiment, I soon discovered, was a grave underestimation of New Yorkers and their love of Halloween.

I decided to walk around the city on Monday, curious to get a feel for what October 31st in New York was really like–and frankly I was blown away by the intensity of it all. I was in Flushing Queens (also home to one of the grandest Chinatowns in the word) that morning to try regional Chinese delicacies at the famous New World Food Court; a place home to a nearly homogenous Chinese population, where many don’t even speak English. But even here, as I slurped on mouth-numbing beef tendon noodles, Asian kids dressed in full costume, trick or treated themselves through the vast food court, as beaming dumpling vendors awarded them with handfuls of candy.

After lunch, things got serious, particularly throughout lower Manhattan, where the annual Halloween parade takes place. The parade itself is a spectacle, with tens of thousands of tourists and locals (and plenty of cops) lining the temporarily closed avenues as marching participants dressed in highly imaginative outfits strut past, even dancing to Michael Jackson’s Thriller. But the crowd surrounding the festivities—from the subway station to costumed crowds en route to their respective Halloween parties to the stoic police officers observing the revelry—was the real event. The streets were teeming with energy and anticipation, and borderline claustrophobia, as countless adults, kids and even dogs wore some of the most creative and hilarious costumes we’ve seen; some of these outfits must’ve taken considerable time and planning to pull off like the woman dressed as a Metrocard or the group of guys wearing full mediaeval knight armor or Sadako from The Ring, crawling on the floor in a highly unsettling manner and all.

Just like any major city, in New York, there are many different subcultures, social classes and skin colors. But people are generally accepting of their differences and make things work, which is one of the reasons New York is so special. This spirit of tolerance and unity is perhaps best highlighted in celebratory days like Halloween, when seemingly everyone from Upper East Side tiger moms to Dominican immigrants in the Bronx participates and has a pretty good time doing it.