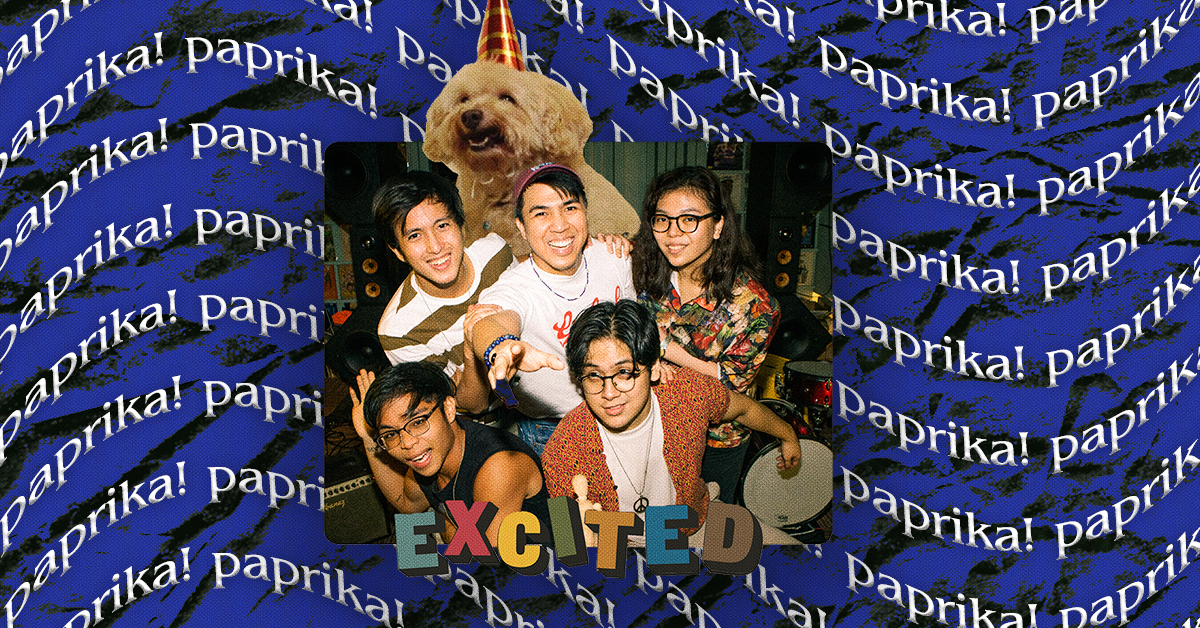 Paprika! Explores the Thrill of Love in “Excited”

What excites you? What gets your spirits up at its mention and your heart beating against your chest? For sure, everyone has a small thing to look forward to starting a new day on this planet, even if the odds appear to go against their favor. For others, it’s the certainty of seeing loved ones at the end of the week or the new episode of their well-loved show. Sometimes it’s waiting for a package or purchase to land on their doorstep or the equally scary but delightful feeling of falling in love. Bottom line, many things can excite us—whether big or small. For their latest single, five-piece OPM band Paprika! explores the simple joys that make us Excited.

Oh, did we mention that a furry little friend heads the album art? We’re definitely sold.

RELATED: From the Screen to the Stage: A Look Back at Jacob Collier

The funky single embodies the soaring, innocent feeling of happiness when you expect something. You feel it thrumming deep in your bones, sometimes like the effect of speed-drinking three (or four?) espresso shots or the butterflies in one’s stomach threatening to burst. The emotion definitely pours out of the single and infects listeners, too. Beto Arellano’s soulful vocals and cheerful cadence translate that feeling from its lyrics, bolstered by the booming drums from David Gonzaga. With the help of Kai Trinidad’s funky guitar riffs, Keeno Paguia’s smooth basslines and Joaquin Amante’s sweet-sounding keys, Paprika! manages to make whoever listens extremely happy.

Wonder is happy to report that the feeling effectively translates when the band comes together live, as seen during the band’s last gig. Last November 19 at Phono, Quezon City, Paprika! were joined by their network, listeners and industry friends, to celebrate the drop of the equally animated music video for Excited.

A look into Phono, Quezon City

The gig opens with Joshua Kim and Weej, collaborators known for their musical synergy. They performed a cover of Languyin by Autotelic and the duo’s newly released single, Your Heart For Christmas. Three-piece instrumental band Lemlunay follows right after with a set of their own songs like Daluyong.

The main event centers on the premiere of the music video for Excited, followed by an electric set by Paprika! themselves. The band opens their set with, of course, the song of the evening before tapering off to Busy Girl. They played other originals like Souled Out and Ms Fortune, and a cover of Teacher’s Pet from the School of Rock. But the new material to come out of the evening isn’t only the music video, but first-time live performances of songs like Something About Her and the unreleased Galaw.

RELATED: I Belong to the Zoo Drops New Take On 80S Hit ‘Hands to Heaven’

Safe to say that the evening was well spent. Great people, even better music and the overall community that comes only in the thick of intimate gigs. Here’s to more!

As heard in the gig, a few more singles might be up Paprika!’s sleeves. Keep tabs on the band by following them on Instagram and Spotify.