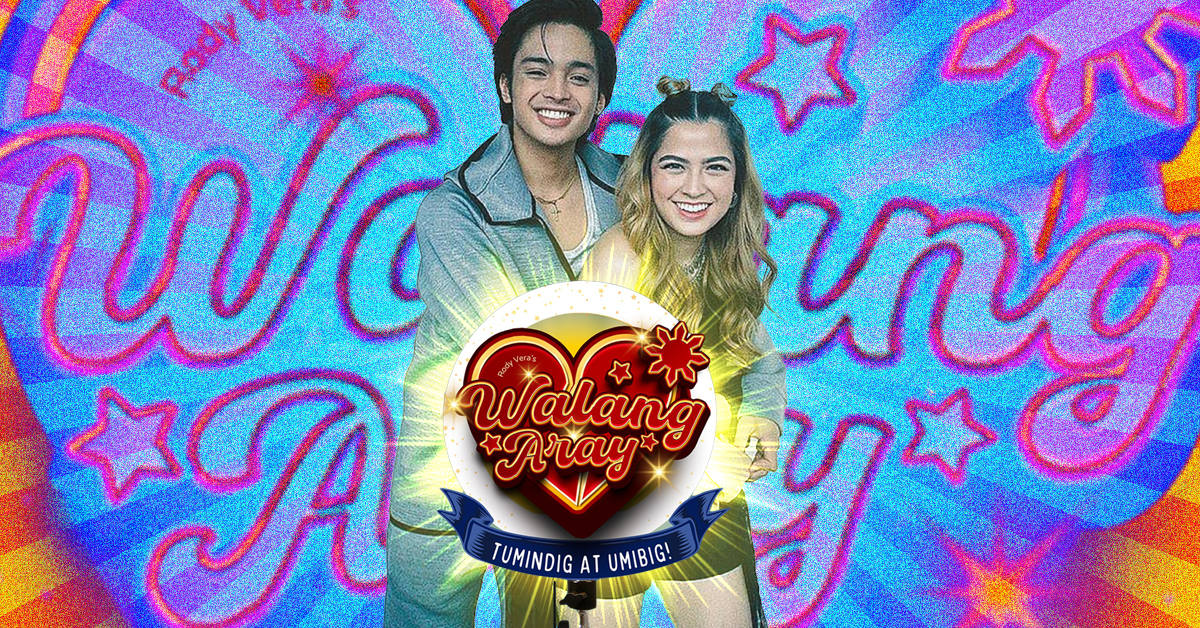 PETA Returns to the Stage With the Comically Irreverent “Walang Aray”

It’s been nearly three years since different industries were deemed non-essential, with many of the bread and butter of our sanities shuttering their doors to ride the pandemic out. While the TV, film and music industries had the opportunity to re-open as soon as possible, the theatre had some difficulty bouncing back. So some turned to TV-musical hybrids like VIU’s Still or virtual viewings of Ang Huling El Bimbo. But now that we’ve recovered, more and more theater shows are being staged. Finally, Philippine Educational Theater Association (PETA) returns to the theater with Rody Vera’s Walang Aray, directed by Ian Segarra, which features music by Vince Lim and choreography by Gio Gahol.

The country’s pioneer theater company comes back strong with a tongue-in-cheek, irreverent and—most of all—overtly comedic play. PETA rises from the ashes of not only the pandemic, but several tragedies and tumultuous times that the country experienced in under three years. With these in mind, PETA chose to mark its return with a piece that helps our nation cope using our favorite method: humor. “Whether we laugh at ourselves or we laugh at our oppressors,” writes Rody Vera in his Playwright’s notes, “we have used it to understand and frame our lives as Pinoys, still keeping our dignity intact despite our furtive mischievous smile.”

Set in the thick of the Philippine Revolution, Walang Aray follows the star-crossed love story between beloved actress Julia (Marynor Madamesila) and local revolutionary Tenyong (Gio Gahol). The play once again questions the place of romance in the revolution and what good love can bring to you, but it also tells us that the gap between both isn’t far off. Because more than the formulaic Romeo and Juliet-isms of the main storyline, Walang Aray pokes, prods and satirizes age-old events that hold a mirror to our present.

In a press release, PETA shares that Walang Aray began as a film script in 2007 written by Vera as a commission from award-winning filmmaker Jun Reyes. The text is actually based on the 125-year-old zarzuela, Walang Sugat, by none other than his great-grandfather, Severino Reyes. This puts not only the theatrical elements into perspective but also the number of things in Philippine society that have remained unchanged for over a century.

So while Walang Aray may be set in the 1890s, the similarities of our past and present, along with the play’s playful writing, make you feel like it isn’t. Song and dance sequences happen to pop tunes, thanks to the genius compositions by musical director Vince Lim. One-liner jabs contain references deep from the internet’s trenches, making the show appropriate for all ages. It’s also in the little details: a kalesa driver requesting a five-star rating, an insurance agent asking the bereaved to sign a claim mid-mourning or the chorus of bouncing “bros!” permeating secret proceedings in the Katipunan. In two hours, they called out the two-faced facades of those in power, the toxic masculinity of B-O-R-T-A men down to age-old regional feuds.

Gio Gahol and Marynor Madamesila’s chemistry as Tenyong and Julia is most definitely off the charts. Everyone knows that comedy is a beast on its own, much more when performed live without the magic of post-processing and take-twos. The comedic timing presented by the cast is almost like a well-oiled machine, knowing their cues and never missing their beat—all these despite only having rehearsed for three weeks. The actors and ensemble crack joke after joke and a new hilarious one comes along before you can even catch your breath.

The long excerpt that ran last November 28 had the entire PETA Theater asking for more. We’re all curious to see how Star Magic talents KD Estrada (Tenyong) and Alexa Ilacad (Julia) will fare when they take the stage from their counterparts in their first-ever theater plays. But knowing that PETA creatives stand strong at the helm of this production, plus seeing the lengthy taste they showed us, Walang Aray will be one hell of a show.

RELATED: How One Fan Went All-Out for Kdlex, the Alexa Ilacad and Kd Estrada Love Team

“Walang Aray,” presented by PETA and Indie.GO Media, in partnership with Star Magic, will run at the PETA Theater from February 17 to May 14, 2023. You may begin securing tickets via TicketWorld.com.ph on December 10, 2022.