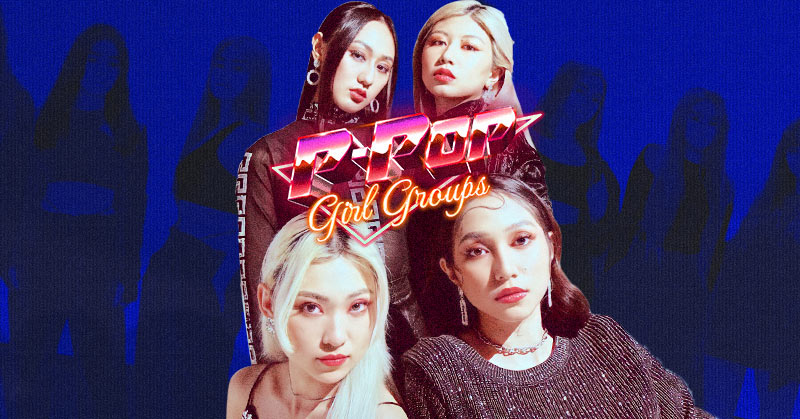 Girl groups are taking over for 2022

Our local pop industry continues to go through a transformation, especially after the P-pop boom in recent years. You have trailblazers SB19, new blood Alamat and fresh-faced BGYO sustaining the wave by bringing bop after bop while putting Filipino talent on the map of the world. 2021 was no different, especially after monumental nominations, chart-topping hits and a thriving P-pop industry.

But in 2022, the girls are taking over. Armed with empowering anthems, concepts that are fierce and glamorous (read: our own local spin on the girl crush image) and skills to match, there’s no doubt that our girl groups deserve to get the same local and international attention. It’s just a matter of time.

Ahead, we list down promising P-pop girl groups that should be on your radar in the coming year and beyond.

The girls of BINI have been making buzz since 2020 with their pre-debut single Da Coconut Nut, and their songs just keep getting better and better. Case in point? The bubbly Y2K-inspired video for Kapit Lang. All members boast powerful vocals and synchronized dance moves, making you stay glued to the screen while they appear. Their most recent comeback, Golden Arrow, offers retro disco glam realness with hard-to-miss visuals that match their skills.

This four-piece girl group hails from Rebel Records PH. Composed of Awie, Kiara, Jom and Denise, these girls pack a punch with their edgy image despite their lovelorn lyrics. See anyone familiar? Jom and Kiara do theatre acting. Denise is a DJ at 99.5 Play FM, while Awie is a cosplayer. All members of DAYDREAM do their own things while being part of a stellar girl group.

From the home of P-pop’s origins, Viva Entertainment, comes a new generation of a powerful girl group: LITZ, short for “Life In The Sunshine.” Trained by Teacher Georcelle of GFORCE, Ashtine, Heart, Fatima, Bianca and Yumi are showing potential as a P-pop group to be on the lookout for. Their fierce rendition of James Reid’s Natataranta showcases their own flavor with powerful dance moves and sweet vocals.

MCA Music’s first girl group, R Rules, is here to empower with their pre-debut song DNY, short for “don’t need ya.” Pop meets hiphop and dubstep in the track, a roaring declaration of unapologetic independence. The bilingual song reflects one of the significant factors that set this girl group apart: their blend of Japanese and Filipino cultures.

After debuting SB19 and taking 4th Impact under their wing, entertainment company ShowBT will be debuting their first in-house girl group called KAIA, composed of six members, Angela, Sophia, Alexa, Charice, Joanna and Charlotte. Their pre-debut single KAYA is an upbeat electronic pop dance track that narrates the importance of getting by through tough times—reflecting the meaning of “kaya.” Plus, KAIA member Charlotte had her dancing skills praised by BLACKPINK themselves as they reacted to her dance cover in Show You Like That.

Did we miss any P-pop girl groups that should be on our radars? Let us know in the comments below!