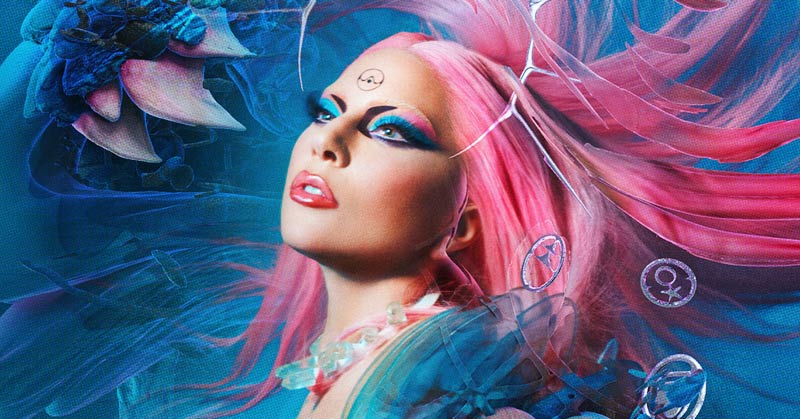 Trust me, it was a big struggle

More than a year after Lady Gaga returned to her electronic dance-pop roots with Chromatica, Little Monsters were in for a treat as Dawn Of Chromatica dropped. The remix album was previously teased by producer and long-time collaborator BloodPop, who’s been dropping hints and teasers leading up to the launch. For this release, Mother Monster rounded up hyperpop moguls to elevate the experience of listening to the album all over again.

RELATED: 5 Looks From TV and Film We’d Love to Wear to Chromatica

Chromatica is a strong album in itself already, an ode to Lady Gaga’s electric pop beginnings while presenting something entirely raw and theatrical. But the careful curation of artists who came on the record made Dawn of Chromatica the great remix album it is, as every singer and producer brings a new way to reimagine and redecorate each song. If this is what raves sound like in Chromatica, best believe I’d be showing up every night.

In true Type A fashion, I tried ranking each track one by one…only to come up stumped. Because after all, how do you choose the best when the entire lineup is good? Instead, scroll along to find the poster tracks for hyperpop and the ultimate game-changers that solidify Dawn Of Chromatica as a strong remix collection.

These tracks are the ones guaranteed to be amazing remixes, a perfect introduction for someone who’s yet to enjoy the wonders of this eccentric genre of electronic pop. Free Woman with Rina Sawayama and Clarence Clarity opens up with an electric guitar shred, a nod to Rina’s punk-meets-pop brand of music. It’s a whole different kind of empowering, one that’s more aggressive that it pushes you to conquer and liberate. Similarly, Charli XCX and A.G. Cook—the father of hyperpop—team up and bring their version of 911. It kicks it off with Charli’s haunting voice before warping off to an equally hypnotic anthem. It reinforces the detached, robotic vibe of the original mix.

Meanwhile, the Haus Labs version of Babylon elevates it as a song best fit for a runway, a fabulous anthem that might make its way as a ballroom mainstay. Going down a similar path is Shygirl and Mura Masa’s rehashing of Sour Candy featuring BLACKPINK. It’s still seductive and laden with attitude, especially with Shygirl’s airy, almost lazy-like drawling and electronically-warped singing, before it transitions to Lady Gaga’s blunt enunciations and BLACKPINK’s sweet voices.

But among the list of poster tracks that would make any long-time Gaga fan drool, certain game-changers would just leave you in awe. Pabllo Vittar’s remix of Fun Tonight gave the party anthem a South American spin with its bachata-like accordion sounds. Pabllo’s and Lady Gaga’s voices mix well, making the track a lot more addictive. Meanwhile, Ashnikko’s take on Plastic Doll is put in the same league as her raspy, deep voice becomes a great contrast against Lady Gaga’s flawless vocals.

The biggest gamechanger in the album is arguably Sine From Above, remixed by Chester Lockhart, Mood Killer and Lil Texas. This track exudes the most extensive complexity in production, with different layers of sounds and textures that make it a next-level listening experience. It’s the best kind of unpredictable, one that throws you from one direction to another in each part to keep you on your toes.

Many argue that Dawn Of Chromatica from Lady Gaga is all noise, blender music and maybe even unnecessary. But if anything, it’s a great dip into the wild, colorful world of hyperpop where Chromatica is the bridge. Each song is varied, never trapped in a special, overused formula. Instead, Lady Gaga’s all-out vocals bolster each artist’s style and let them shine with her.

And I guess that’s what Chromatica is all about, as both a cyberpunk planet of escape and a musical piece of art: it’s diverse, campy and unique. It celebrates the self—each one’s individuality and style.