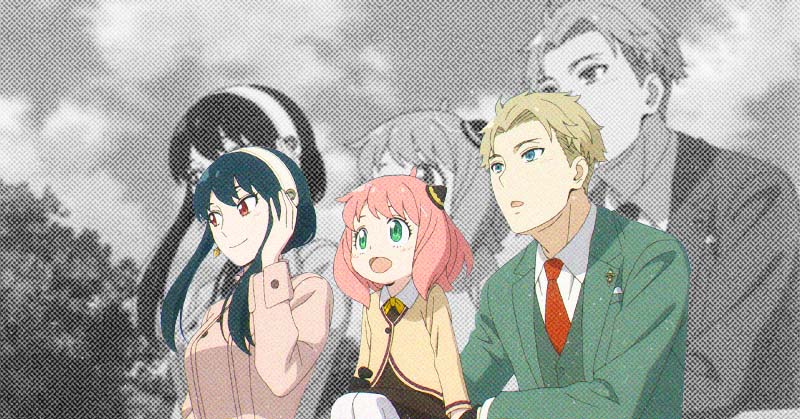 For found family trope enjoyers, this one’s for you

Every year or so, a new anime title starts to win the hearts of many. We’ve seen it in the love for Haikyuu!‘s heartwarming sportsmanship, the gut-wrenching battles in Jujutsu Kaisen or the awe-inspiring animation of Demon Slayer. But for 2022, one title that’s seemingly picking up speed is Spy x Family. Cheesy name aside, this ongoing manga written by Tatsuya Endo provides a perfect mix of sugar, spice and everything nice in between, hence the popularity of its anime adaptation.

The newest episodes of Spy x Family drop weekly on Netflix, making it one accessible and popular anime show to watch. If you need more convincing to check this title out, scroll ahead.

The premise and the trope.

Nothing beats some good ‘ol found family stories. But Spy x Family provides a different twist: a forced found family. Twilight, a decorated but unnamed spy from the country of Westalis, possesses unique skills. For his current mission, Operation Strix, he has to infiltrate the prestigious Eden Academy so he can rub elbows with a high-ranking politician. But to do so, he needs to enroll a child, and the school requires to have both parents present. So, he assembles the “Forger family” by introducing himself as Loid, adopting Anya and marrying Yor. Little does he know that his two new family members have their own secrets and hidden identities. This definitely brings another unique spin to the well-loved “found family” trope.

Twilight, AKA Loid Forger, has many complexities. Since he gave up his true identity to fully commit to his job, he takes on multiple roles and hats while hiding a specific set of skills that keeps him in the business. But Operation Strix proves to be a different kind of struggle, since he’s often battling attachment to Anya and Yor.

Meanwhile, Yor Briar has some secrets of her own. Despite seeming a little dazed and ditzy on the outside, the meek woman is a deadly assassin-for-hire. Yor also needs to be married to keep her dangerous line of work under wraps, so that no one finds her suspicious. It’s a win-win for both of them… until it’s not. We’ll learn in the plot twists to come.

Lastly, little Anya is, arguably, the highlight of the entire series. Her telepathic powers obviously show that she knows more than she lets on, which makes her reactions and decisions a lot funnier when put into context. The earnest little girl just wants a family and to live her dream of being a spy—and she’s hell-bent on keeping it that way.

Even with a significant amount of action bits that aren’t afraid to get a little gory, Spy x Family offers slice-of-life scenes that feel like short bursts of serotonin. Despite being calm and calculated, Loid continues to learn how to nurture Anya as her own. Add in Anya’s mind-reading powers to the mix, the two encounter tons of misunderstandings that lead to heartwarming moments.

With Spy x Family only clocking in three episodes, many fans are excited to see how Yor and Loid’s relationship develops. Of course, as they play the part of a loving couple, some situations are bound to come out awkward. But when push comes to shove, and the rest of the plot gets uncovered, we’ll see how the two fare.

Wit Studio, whose works include Attack on Titan‘s first three seasons, handles the animated adaptation of Spy x Family. Even if others argue that Spy x Family is *just* a slice-of-life anime, the action scenes require a degree of intensity and attention to detail. This is one thing that Wit Studio has proven. If anything, that indicates that we know that the adaptation won’t feature any misses.

One of the most highly anticipated scenes in Spy x Family is Loid’s explosive (literally) proposal to Yor. While running away from violent goons, the two decide that it’s time to extend their arrangement. Without any ring in sight, Loid uses the grenade’s trigger and slips it into Yor’s finger. The two seal the deal, quite poetically, I may say, just as the bomb goes off. This could just be the prelude to something bigger and more explosive.

RELATED: The Must-Play Video Games in 2022

While I can write a list of reasons to catch this, seeing it for yourself is still the best way to get you convinced. Happy watching!