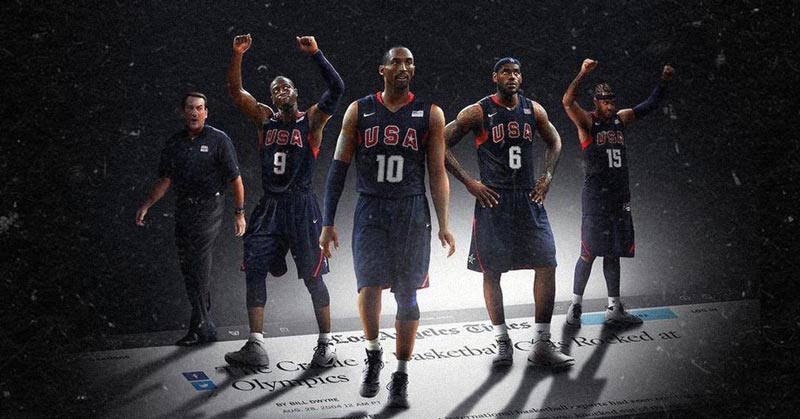 “The Redeem Team” Review: Bouncing Back

After what seems like an eternity after “The Last Dance,” we finally have “The Redeem Team”

There’s something special about a well-made sports documentary. Competitive sports, after all, are essentially tailor-made for the big screen: the inspiration of victory and the agony of defeat, the comradery among athletes and the relentless grind they put themselves through, the behind the scenes, locker room drama. When executed properly, the sports documentary (now a real subgenre) can be effortlessly cinematic. In recent years, following the steps of predecessors on HBO and Showtime, Netflix has produced some real hard-hitting, compelling sports content with titles like Formula 1: Drive to Survive, Bad Sport, the Untold series, and perhaps most notably, The Last Dance.

But it has been over two years since that Michael Jordan-themed epic, The Last Dance, premiered and in a basketball-centric nation like the Philippines, the deprivation can feel like an eternity. In comes The Redeem Team, co-produced by familiar names and basketball demigods Lebron James and Dwyane Wade.

The Redeem Team tells the story of the US men’s basketball team that regained international basketball dominance after winning the gold in the 2008 Beijing Olympics, following their shocking defeat in 2004. For non-basketball fans, the US losing in basketball—a sport they invented and mastered—was once practically impossible. But in recent decades, the world seems to have gradually caught up, collectively possessing a more team-oriented approach to the sport, as opposed to America’s individual style of play.

The US team was once dubbed the “Dream Team” for their star-studded, impregnable roster. But it was clear in starting in the early 2000s that they took the world for granted, suffering embarrassing defeats to the likes of Argentina and Greece. For the 2008 Olympics, things would be different. With a new, militaristic coach and more carefully selected players in 2008 (namely Kobe Bryant), the Americans went undefeated and regained their rightful title as the best in the world.

For the basketball fan, The Redeem Team is an enjoyable, light watch. The ascension of the team didn’t happen overnight; the players—young multimillionaires—went through an arduous process over several years, sacrificing their off seasons for the greater good of the team and country. In that sense, seeing people put aside egos for the team was somewhat inspiring.

Of course, the production is all the more poignant considering it features Kobe Bryant heavily, with most viewers presumably aware of his unfortunate fate. The documentary seemingly brings Kobe back to life with interview footage of the Laker legend that seamlessly fit in with the movie’s narrative. The documentary establishes Kobe as the X factor of the group, the intimidating and hardworking loner that took the team to the next level. In one scene, teammates recall coming home from partying at 5AM during their training camp in Vegas and as, they get to the lobby, they see Kobe heading to the gym. Eventually, the rest of the team was getting up early to train as well. For Kobe, who once had a reputation as a notoriously selfish ball hog, perhaps the beacon of American basketball exceptionalism, to put all that aside to win as a team is moving (all the more so, as clips show him in between Olympic practices and games coddling his toddler daughter, Gianna).

The NBA is run by staunch capitalists. And it’s no secret that their goal is to continue to market it as a global game for global revenue, like football (or soccer, depending where you’re from). The NBA holds games overseas annually for this very purpose, Japan and Abu Dhabi being the most recent examples. Basketball still has a way to go in reaching the beautiful game’s popularity, but with productions like The Redeem Team, they come one step closer.

Catch “The Redeem Team” on Netflix.