The first track of Rina Sawayama’s latest album Hold the Girl shares its title with–and invokes the power of–Cathy Park Hong’s essay collection Minor Feelings. In the book, Hong defines “minor feelings” as such: “the racialized range of emotions that are negative, dysphoric and therefore untelegenic, built from the sediments of everyday racial experience and the irritant of having one’s perception of reality constantly questioned or dismissed.”

Sawayama positions her song of the same name as her album’s thesis. In the track she goes: “All my life, I’ve felt out of place / all my life, I’ve been saving face / well, all these minor feelings / are majorly breaking me down,” over the minor falls and major lifts of King David’s secret chords.

In many ways, Hold the Girl is an album of major feeling. In it, Rina Sawayama articulates themes of awakening and revelation, and in her lyrics she explores her relationship with herself, her mother, her experiences as a queer person and the subtle and un-subtle ways Asian people endure and fight against oppressive forces. Such a project must be brave and unflinching, so it’s fitting that the album’s eponymous track blows the gates wide open with borderline operatic vocals and fleet-footed beats that evoke the coolness of UK Garage.

RELATED: A World of XS: A Look Back at Rina Sawayama’s Style Evolution

Hold the Girl and the bundle of lead singles that pulled the curtains on the record made major impressions. This Hell is a calamitous, Wild West-inspired track with face-melting riffs that turns damnation on its head and frames the queer experience as salvational. In Catch Me In the Air, Sawayama tells the story of her mom, the tense relationship between them and the understanding that emerges from coming into the fullness of adulthood. Just from these tracks, Rina Sawayama’s knack for genre versatility is on deck, flitting like nobody’s business from dance to metal to alt rock.

After a strong start though, the record’s energy peters out a little. The waltz cadence of Forgiveness slows the momentum accrued, and though Holy (Til You Let Me Go) makes a fiery point on the oppressiveness of organized religion, the song itself feels underproduced.

By the time we get to Hurricanes and Phantom it becomes clear that Sawayama is really in her bag with the form of the rock-driven power ballad, powerful choruses and all, like she’s chasing the emotional climax of coming-of-age movies. Hold the Girl is, after all, a coming-of-age record, but what kind of age, what kind of stage in her artistic career?

early rina sawayama music: *over a glitchy r&b beat* the digital landscape we live in / makes us feel dehumanized / but with you i can escape it / a new form of online

new rina sawayama music: if you are BRAVE it’s because you can SLAY *guitar solo*

There’s this very astute tweet that gets at the stylistic disparity between Sawayama’s early work and her current work. A thread can be traced, though it’s thin. In her EP Rina, Sawayama envisioned a cyberpunk-adjacent world of digitized selves where authentic human experience could be reclaimed through artifice–hence glitchy beats melding with MTV-era millennium pop. Traces of this computer chip sensibility can be found in a couple of Hold the Girl tracks, like Your Age, Imagining and Frankenstein, where Sawayama’s vocals glide like blade-running hoverboards over frenetic beats.

But it seems that something is lost. The comforting formula of the power ballad impedes the complex range of emotion and experience that Sawayama aims to articulate. There is also something to be said about how confidently the singer-songwriter strides into the realm of the mainstream. Is the production too polished? The gloss of the record’s sound is distinctly Dirty Hit, not dissimilar to Sawayama’s labelmates Pale Waves and The 1975.

Rina Sawayama going from her EP, to her breakout full-length, then to Hold The Girl, reminds me very much of the way St. Vincent went from Strange Mercy, to her self-titled work, then to MASSEDUCTION. Over the course of years, you as a listener can feel the ballasts shift, the trajectory orient itself, as an experimental sound, luminous in its newness, graciously gives way to the commercial.

This isn’t a bad thing, and a part of me fears a misdiagnosis. A complex feeling can find its voice in a simple song, as evidenced by Send My Love to John. The ballad tells the story of a mother apologizing for struggling to accept her son’s queerness because of her religious beliefs, and it comes through like a folk song from the Great American Songbook, plumbing deeper fathoms than Bob Dylan.

RELATED: Nine New Tracks to Check Out on Spotify: September 2022

This is both the blessing and the curse of the greatest pop artists of our time: they must configure their self-realization according to an artistic evolution that makes sense to their audience, an entity that always clings to the past. I personally would have preferred a fully rakrakan record that flirts with the frenzied energy of hardstyle and breakcore, which we got from previous offerings, but no one can fault Hold The Girl for its commitment to its vision. The girl cannot be held back.

What is clear is that Rina Sawayama is tired of hiding, of weakness. Hold The Girl gives us a popstar who has embraced her power, fame and stature as a cultural icon. In the record’s concluding track To Be Alive, Sawayama goes, “I never thought that I’d get this right / but I finally know what it feels like / to be alive, to be alive.” She sings like she’s flying, her freedom not so much untethered by minor feelings but propelled by them. Her next stop? Hopefully new, uncharted sonic territory—the kinds of sounds only she can pull off. 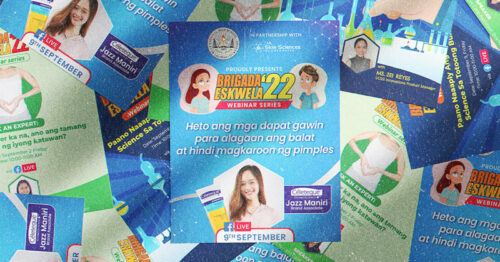 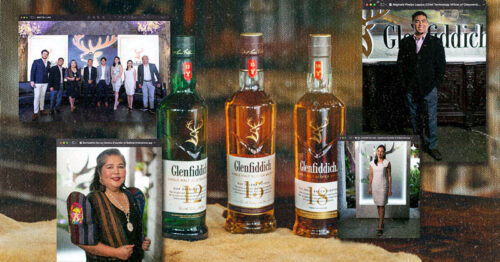