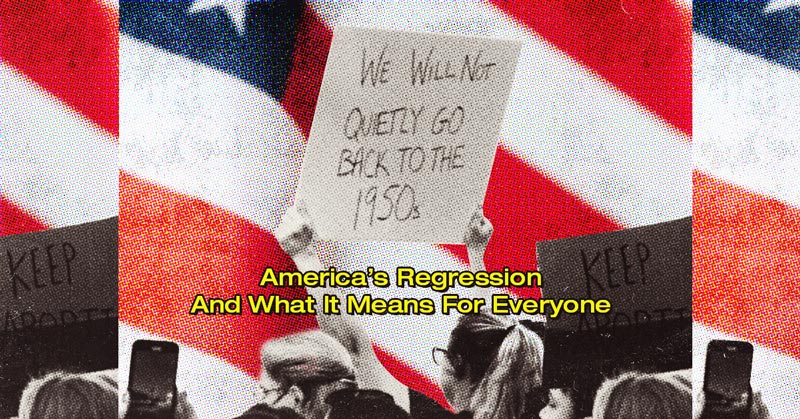 Roe v. Wade: America’s Regression & What it Means for the Rest of Us

While seemingly affecting only American citizens, Roe v. Wade has devastating implications on Philippine law. Read on for a refresher on the controversial backslide and how it may affect us.

What is Roe v. Wade?

Ultimately, the case ruled in Jane Roe’s favor 7-2, but Roe vs. Wade hasn’t gone without its challenges. Cases like Gonzales vs. Carhart (2007, upholding the Partial-Birth Abortion Ban Act) and Whole Woman’s Health vs. Hellerstedt (2016, striking down safe abortion standards) have narrowed the scope of Roe v. Wade, though they failed to overturn it—until now.

Why Was Roe v. Wade Overturned?

In a 6-3 ruling to uphold Mississippi’s abortion ban, a 5-4 vote overturned Roe vs. Wade, citing it as “egregiously wrong” and “an abuse of judicial authority.” As such, abortion rights in nearly half of all 50 states will roll back immediately and make abortion services unavailable in most of the U.S.

Ban violations will focus primarily on abortion providers—not those seeking them. Penalties may vary, though states with abortion bans can opt to charge providers with a felony.

While the Supreme Court’s ruling does not directly affect access to contraceptive pills, experts fear that methods like Plan B and IUDs may face legal challenges. Similarly, while abortion pills are federally-approved, access might become limited.

What Does the End of Roe v. Wade Mean for Filipinos?

Roe v. Wade’s overturn does not affect Filipino women directly—or, at least, not in the way we anticipate. Abortion in the Philippines is still illegal and punishable under law. As such, the Roe v. Wade overruling justifies abortion criminalization, categorizing the act as “infanticide.”

Despite this, 1.26 million abortions occurred locally in 2020, with nearly three deaths per day due to procedure complications. Women guilty of performing illegal abortions can face up to six years of imprisonment.

In the Philippines, where women can be charged for adultery but men cannot, the Roe v. Wade overturn hinders women’s rights even further. Yet, according to English psychoanalyst and pediatrician D.W. Winnicott, “a baby alone does not exist, but is essentially part of a relationship.” So why protect the rights of unborn children, but not the women’s?

Ultimately, this 50-year reversal pits mother against child, even though both parties’ rights are inextricably linked.

What Can You Do About the Roe v. Wade Overturn?

Recent Change.org petitions launched by the Philippine Safe Abortion Advocacy Network (Pinsan) demonstrate at least 30,000 signatures in favor of decriminalizing abortion. Those who want to advocate for access to safe and legal abortions with the appropriate aftercare can take action in the following ways:

The Supreme Court ruling against Roe v. Wade is a devastating step back for U.S. citizens and Filipino women with no access to safe abortions. In a Catholic country with few progressive politicians in office, advocating for safe and legal abortions will not be easy—but it is not impossible.