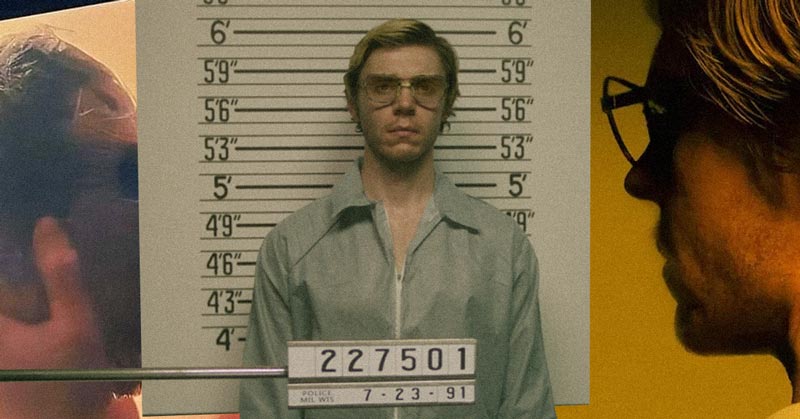 What does it mean to see the world relive the darkest parts of one’s past?

Disclaimer: This is not a review of “Dahmer – Monster: The Jeffrey Dahmer Story”

The genre of true crime documentaries and retellings has become immensely popular, especially with streaming platforms like Netflix providing such titles in abundance. Whether you want the first-hand accounts from the people involved or an artistic, dramatic adaptation, a short scroll along your streaming apps will immediately send you down the rabbit hole. But while we enjoy learning things as sequences unfold, there remains a side we should pay attention to: the people who had to live through the horrors themselves.

Ryan Murphy’s Dahmer – Monster: The Jeffrey Dahmer Story has become one of the most-watched series on the platform. It retells the story of notorious serial killer Jeffrey Dahmer who was found responsible for the death of 17 young men. From 1978 to 1991, Dahmer lured and murdered his victims whose racial backgrounds were predominantly Black, Asian and Latino—people of color. But the criminal didn’t finish with simply killing his victims. Instead, he gained notoriety because his manslaughter involved dismemberment, necrophilia and cannibalism, dishonoring each life and body he ended with his bare hands.

“We had one rule going into this from Ryan [Murphy],” Evan Peters (Dahmer) tells Netflix. “That [it] would never be told from Dahmer’s point of view.” Murphy and the entire team approached the project with the intent to highlight the problems surrounding the Dahmer case. Viewers are supposed to watch from the outside looking in. Instead of sympathizing with the serial killer, they should see how the systemic issues of racism and homophobia stunted the investigations and let Dahmer run free for a long time. How Dahmer targeted gay men of color as the AIDS crisis plagued the United States. Ryan Murphy was able to pull it off with episode six, Silenced, following the cruel death of Tony Hughes. While the second half of the season pivots toward the victims more, it ultimately fails to explore the other victims with such depth.

But honestly, this side of mainstream media has contributed to Dahmer’s notoriety despite good intentions. And this is due to the overflowing existence of cinematic retellings, special episodes and documentaries recounting his massive killing spree. Ryan Murphy’s  Dahmer – Monster: The Jeffrey Dahmer Story adds another title to the long, long list. When a Twitter user compared Dash Barnes’ reenactment of Rita Isbell’s emotionally charged court appearance to the actual recording from 1992—perhaps to applaud the acting and accuracy—a relative came forward to speak on the series.

“I’m not telling anyone what to watch, I know true crime media is huge [right now]. But if you’re actually curious about the victims, my family (the Isbells) are pissed about this show,” writes Eric Thulhu. Thulhu is cousins with Rita Isbell, the sister of Dahmer’s 11th victim: Errol Lindsey. He begs the question, “It’s retraumatizing over and over again, and for what? How many movies/shows/documentaries do we need?”

The salt that rubs on the wounds of these families is the lack of proper consultation and notification made by the production. In succeeding Tweets, Thulhu confirms that since much of the Dahmer proceedings are in public records, production teams don’t get in touch with the victims’ next of kin. So even if they say that the show honors the lives lost, their surviving relatives feel otherwise. Thulhu explains, “My cousins wake up every few months at this point with a bunch of calls and messages, and they know there’s another Dahmer show. It’s cruel.”

RELATED: Want a Break From True Crime? Check Out These 7 Feel-Good Docuseries on Netflix

So without getting advice and input from the surviving family, true crime titles and other biographical media might perpetuate the grief and trauma they’re experiencing. Perhaps, to an extent, they exploit their pain for views and money, especially when productions frame it as a way to honor them but fail to notify the surviving families. Imagine being in the shoes of those who felt the pain and lived through traumatic experiences remade for the screen. Watching all this done without your consent, all for public consumption and commentary—isn’t that painful?

This should become a wake-up call for many productions hoping to explore such subject matters with more sensitivity. In a 2018 essay by Rachel Chestnut for the New York Times, she writes, “The true crime genre has the potential to open minds and act as a public judicial review, but in order for it to successfully do so, it must abandon the sensationalization of tragedy for entertainment’s sake.” These stories should be told as learning lessons for many, but there exist far better ways to do so. Cases in point: titles like I’ll Be Gone in the Dark and The Trials of Gabriel Fernandez put victims first.

RELATED: 5 Titles We Can’t Wait to Watch on Netflix: September 2022

Lucky are viewers who get to compartmentalize their feelings and forget about the horrors once the credits roll and devices are turned off. But we must remember: behind every riveting documentary is a loved one still recovering from a tragedy. So when consuming anything true crime, let’s practice sensitivity in approaching the subject matter and talking about it. At best, be more careful of the titles we watch and rave about, and make sure that these stand for the victims’ legacy and their family’s peace.