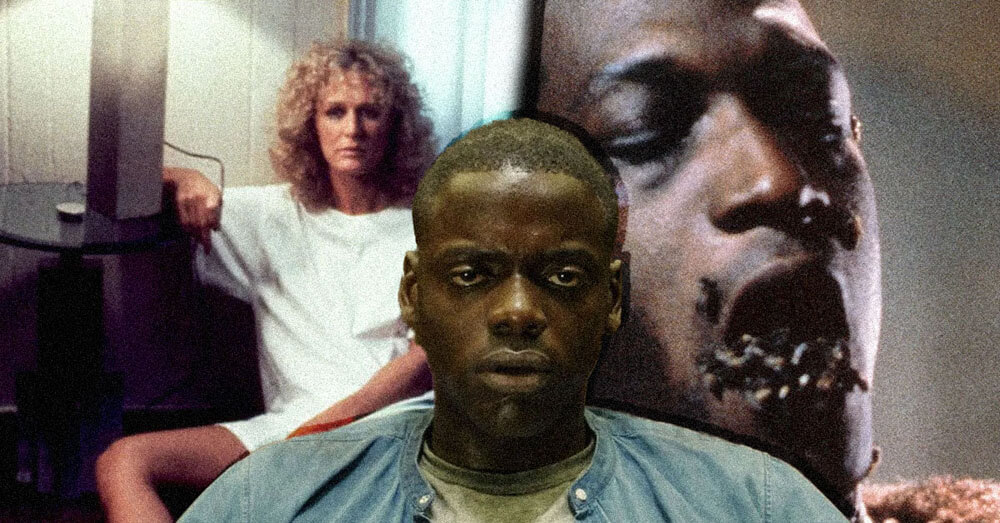 Some Of The Scariest Horror Movie Characters In Pop Culture

AKA horror movie characters that you wish you could forget

Since the beginning of cinema, one of the hallmarks to a compelling story is the presence of a compelling antagonist. It goes without saying that a hero is an essential part of film but having a nuanced and complex villain is arguably a far more difficult thing to pull off. Horror movies are particularly dependent on great villains—the more terrifying and deranged the better. So in the spirit of Halloween, we round up our all-time favorite horror movie characters:

We all know a guy like Patrick Bateman—successful, good-looking and extremely vain—making the character all the more harrowing. Christian Bale plays the role of a rich New Yorker professional who also happens to live a double life as a gruesome serial killer in this 2000 black and white, cult classic.

High school heartthrob Jennifer (Megan Fox) is possessed by a demon and finds prey in regular guys who never stood a chance before she turned evil. While flesh-eating Jennifer satisfies her appetite through the school’s male population, her book smart friend, Needy (Amanda Seyfried), unravels the truth and vows to put an end to the carnage. Megan Fox shines in this campy film about a savage seductress.

RELATED: If We Could, We Would: Tim Burton Universes We Want To Get Lost In

Annie Wilkes is a mentally-ill, murderous nurse obsessed with writer Paul Sheldon who she eventually holds captive.  A trained nurse, the iconic character Annie Wilkes has emerged as one of the fictional stereotypes of the nurse as a torturer and angel of mercy. The role was perfectly cast and Kathy Bates went on to win an Oscar for the genuinely terrifying performance.

A skeptic grad student does research on the folklore of the Candyman, unintentionally summoning the murderous soul with a hook for a hand. The original movie may have come up three decades ago, but we still can’t say Candyman five times in front of a mirror to this day.

Dan Gallagher (Michael Douglas) is a lawyer quickly on the rise at his New York law firm, has a doting wife and loving daughter. However, after a drunken fling with a flirty book editor called Alex (Glenn Close), things go downhill. Feeling snubbed by Dan, Alex becomes unhinged, her behavior deteriorating to obsessive stalking, with bloody results.

Perhaps the Godfather of slashers and main antagonist of the Halloween film series, Michael Myers, is not your average serial killer—he’s intelligent, playful, pure evil and unrelenting in his pursuit to torture and kill, notably Laurie (Jamie Lee Curtis). He’s a physical specimen, skilled in hand to hand combat with superhuman strength and durability. Through eight movies and several decades, Michael has managed to kill many and evade being caught.

The Armitages, Get Out

Wealthy, white and seemingly wholesome, the Armitages are your picture-perfect American family. But looks can be very deceiving. It’s unsettling as we witness patriarch surgeon Dean (Bradley Whitford) his wife, hypnotist Missy (Catherine Keener), along with their loose-cannon son Jeremy (Caleb Landry Jones), try to court and abduct Chris— through a metaphysical lair called the Sunken Place—with the goal of transplanting physically imperfect white customers’ minds into their bodies. The result is a disturbing social commentary of entitled oppressors and their racist-fueled terror.

RELATED: Since They’re All Doing It Anyway: Horror Movie Reboots We Probably Need

It’s officially the (long) Halloween weekend. Are you ready?