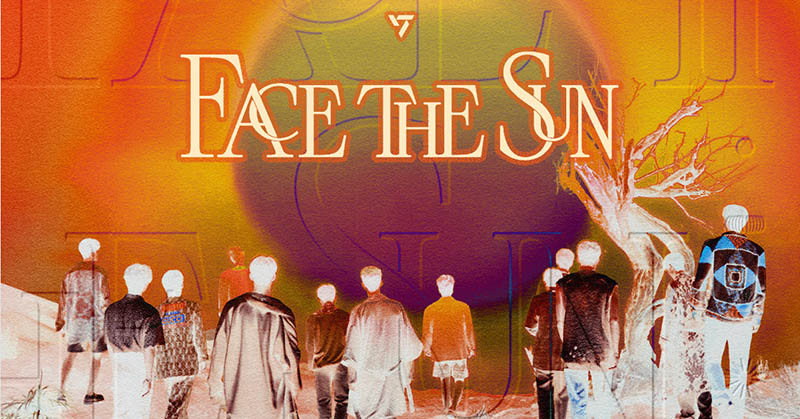 Seven years stronger since the release of their debut mini-album, SEVENTEEN sprints, soars and sets the world on fire

When any K-pop act closes in on its seventh year, fans typically begin to worry. For generations, K-pop has been riddled with a fearsome pattern called the seven-year curse: with most standard contracts spanning seven years, the end of a group’s existing contract is a pivotal moment that could make or break their future. Jumping the gun in the best of ways, K-pop boyband SEVENTEEN saved their fans the stress.

In mid-2021, Pledis Entertainment announced that the entire group would be re-signing with their label early. As a thirteen-piece outfit with a handful of foreign members, SEVENTEEN’s contract renewal was a rare feat for K-pop at large. For fans, it was a sigh of relief. And for SEVENTEEN, it was but another moment for them to stay true to a promise made to their fans and each other, a testament to their ever-burning passion and commitment to their craft.

This passion takes a palpable form with Face The Sun, the group’s fourth full studio album. Released a day after their seventh anniversary, the nine-track body of work encapsulates SEVENTEEN’s determination to become like the scorching sun: powerful and omnipresent.

The album opens with Darl+ing, the group’s first all-English track. Released as a single before the full album drop, Darl+ing feels familiar in more ways than one. The track is safe, a saccharine love song that doesn’t quite get anywhere at the end of its three-minute run. A surprising first venture into the Western music market, Darl+ing doesn’t have the dynamism SEVENTEEN has built a reputation upon. Regardless, from the lyrical choices to the surprising anti-chorus, the track has the group’s main producer, Woozi, written all over it.

The music video for Darl+ing, released a month before Face The Sun, provided a more interesting perspective. Depicting the group’s warmly-lit hideout crumbling to a dystopian shell in a strikingly Thanos-like fashion, the music video held no connection to Darl+ing’s honeyed lyrics—or so it seemed. Fans would later put the pieces together.

From a burning sun and looming shadows to members finding themselves in isolation, the seeds for Face The Sun’s narrative of conquering fears and stepping into a new world were folded into the Darl+ing music video.

This sun-centric motif surfaces multiple times throughout the album. Lyrically, the instances happen almost too often, with perhaps the album’s theme taken a little too literally. However, meaning truly takes hold in the way the tracks sound. Reminiscent of the different ways the sun reaches the earth, some tracks burn hot and unrelenting, others are clouded over and less fiery.

HOT, for instance, is a white-hot blaze of glory. The lead single off Face The Sun, HOT is pure energy with its repetitive hook, spaghetti Western guitar riffs and looped sirens. It’s chaotic but it works despite all its polarizing layers. HOT marks a complete shift in direction from Darl+ing, immediately taking listeners up for a steep climb that is well worth the whiplash.

B-side tracks have always been one of SEVENTEEN’s strengths. Despite following a high-octane title track, DON QUIXOTE and March carry their own weight. Both candidates for Face The Sun’s lead single, the tracks fit right into the album’s narrative. DON QUIXOTE takes cues from the Spanish epic, translating the character’s idealistic pursuit of his ideals into a catchy, bass-heavy anthem. March, on the other hand, paints a picture of cowboys in the city, stepping into the light after living in the darkness.

Domino marks yet another shift in the album’s sound. With electronic influences reminiscent of Wave and the same bubbly boyishness as PANG!, it sounds almost like a song by the band’s Performance Unit (made up of Jun, Hoshi, The8 and Dino).

‘bout you carries a similar effervescence. A sequel of sorts to SEVENTEEN’s debut track, Adore U, it’s a touching throwback to the group’s origin.

RELATED: The Elusive Harry Styles Tours Us Around His Abode in “Harry’s House”

Like any of SEVENTEEN’s previous releases, Woozi threads softer, more somber tracks between the upbeat numbers. Shadow, for instance, is sandwiched in between the complextro and pop influences of Domino and ‘bout you, dipping into the darkness before coming back up for air.

IF You Leave Me, a song penned by the group’s three leaders, is a tender ode to the group’s loyal fans. Accompanied only by piano and soft harmonies, the song almost feels out of place in Face The Sun’s otherwise thunderous tracklist. In the same way that Domino could easily pass as a track from the group’s Performance Team, IF You Leave Me would fit seamlessly into the Vocal Team’s (Jeonghan, Joshua, Woozi, DK and Seungkwan) repertoire of heart-wrenching ballads. But instead of leaving it to the group’s designated vocalists, the group sings to their fans together, hearts on their sleeves.

Face The Sun takes one last sharp turn with Ash. Reminiscent of the Hip-hop Team’s (S.Coups, Wonwoo, Mingyu and Vernon) unit songs, Ash is heavy on aggression and plucky bass. In the group’s official comeback show, Vernon shared, “This song is about burning all the things that tie us down and walking toward a new world leaving only the ashes.” With slurred diction prominent in the track’s pre-chorus, the members sound almost power-drunk on their potential after shedding their fears.

Unlike SEVENTEEN’s previous full-length albums, every track on Face The Sun employs the talents of the full group. Even their first album, Love & Letter, had unit-specific renditions of their earlier hits. Face The Sun, however, takes a different approach. Perhaps it’s pure coincidence. Or perhaps this body of work is representative of their seventh year—a time punctuated by celebration, big changes and unexpected grief—something they chose to face altogether, as thirteen.