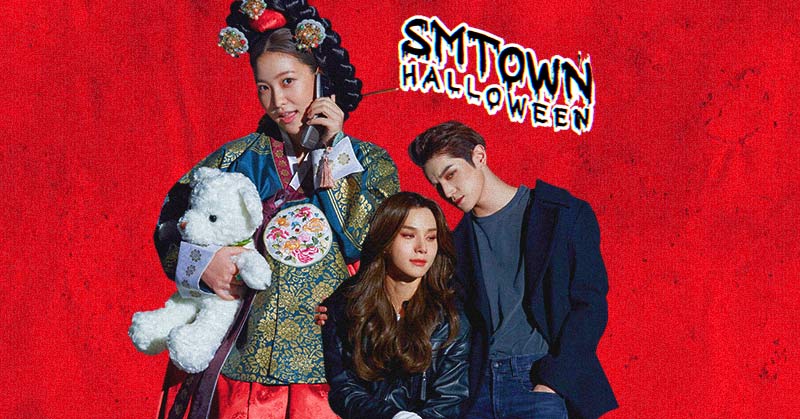 Looking Back at SMTOWN Halloween: The *Only* Halloween Party Ever

In the world of K-pop, no one does Halloween like SM Entertainment.

Of course, much of the evidence lies in Red Velvet’s abundance of eerie, spooky concepts. We’re talking about Bad Boy, Peek-A-Boo, Monster and more. But more than that, the entertainment company’s annual Halloween Party, SMTOWN Wonderland, is a highly-anticipated affair by all K-pop fans alike. Some even call it the “Met Gala of K-Pop,” because of the reputation SMTOWN artists have for showing up in the best and most extravagant costumes that, every year, the anticipation is high. Not to mention a cloud of exclusivity that comes with discovering their getups. Fans often learn about who went as who or what from staff social media posts and fansite photos before getting the real deal from official sources.

So, isn’t that the Met Gala experience?

While I might say it’s a stretch equating it to the Met Gala, there’s no doubt that many K-pop fans (myself included) can’t wait for their favorite idols to step up their game. The annual SMTOWN Wonderland Party got postponed in 2020 due to the uncertainty of the pandemic. And finally, for 2021, the party made its grand return. While the partygoers from SMTOWN were significantly less than those who went in the previous years, the current crowd managed to show up with elaborate costumes while acting in character.

Up ahead, we name the winners of SMTOWN Halloween for 2021 and the Hall-of-Famers with unforgettable costumes.

Jungwoo and Taeyong of NCT 127

Many of the boys from NCT always bring their A-game for Halloween. This year, Jungwoo went as Bella Swan, and Taeyong went as her vampire boyfriend, Edward Cullen. Their costumes were highkey convincing that it made them some of the standouts from that night. Plus, they received a seal of approval from the Twilight Saga’s official Twitter account.

Red Velvet’s youngest member, Yeri, arrived at the party on her own this year. She has a reputation of having the cutest costumes (even accidentally matching with an NCT member a few years ago as Belle from Beauty and the Beast), but her most recent one takes the cake. Yeri found her outfit closer to home: embodying the cheeky Princess Shin Chaekyung from the 2005 K-drama Princess Hours—ancient flip phone included.

Valak of The Nun

BOO!? #CHENLE has arrived at the SM Halloween House as ‘The Nun’!??#?? #NCT #NCTDREAM#SM_Halloween_House #SMTOWN_WONDERLAND_2021#SMTOWN#HALLOWEEN pic.twitter.com/paWEv6Cuz5

Sweet, adorable Chenle transformed into Valak The Nun for Halloween. The makeup and effort put into this costume can only be described as stellar. It’s as if Valak was plucked from the movie and straight to the venue of SMTOWN Wonderland 2021.

The Queen of Hearts

BOO!? #KARINA has arrived at the SM Halloween House as ‘The Queen of Hearts’!?????#??? #aespa #SM_Halloween_House #SMTOWN_WONDERLAND_2021#SMTOWN pic.twitter.com/cQ7xF1Yxry

It might’ve been Aespa’s first time to attend the coveted Halloween party, but the girls knew they had to show up and stand out. The member cut above the rest is Karina, who dressed as Helena Bonham Carter’s The Queen of Hearts from Alice in Wonderland.

In 2018, Taeyeon arrived in SMTOWN Wonderland as the spooky, possessed doll Annabelle. Of course, she topped off the look with the doll’s signature braids and incredibly sculpted face, elevating her costume to the league of those who take Halloween very seriously.

What’s a Halloween party without a little friendly competition? Well, in 2017, EXO member Chanyeol took it seriously and copped an almost-real and automated Iron Man suit. After making rounds on the internet, the singer admitted that he spent a hefty sum of money (read: millions in Korean Won) for the costume—a transaction worth his money, because he won first place in that year’s costume contest.

There’s no one who’s more dedicated than Key of SHINee. From Voldemort to Edward Scissorhands, his costumes became the main event that led him to gain the title of The King of Halloween. His getup from 2015 as Ronald McDonald even went viral. Yes, he dressed up as our favorite fast-food clown, even receiving a ton of gift certificates from the establishment. This costume gave birth to another viral meme we all know, AKA the clown dressing up or down.

His bandmate, Onew, went as Col. Sanders from KFC. The two did one of the most predictable stunts and battled it out on the dancefloor in costume.

Another Hall-of-Famer is Key’s costume from 2017. Key went down the comedic route with his Marge Simpson costume and went viral for it. Again. Not convinced? The meme of a dancing Marge Simpson sans her tall, blue hair was actually a video of Key giving his all. He might have lost to Chanyeol as Iron Man that year, but he received the crown of long-standing virality thanks to this costume.

We’ve got 362 days left ‘til Halloween, yet we’re already on our toes waiting for the next SMTOWN Wonderland to see who’ll go as what. But until then, we’ll be looking back at these icons.