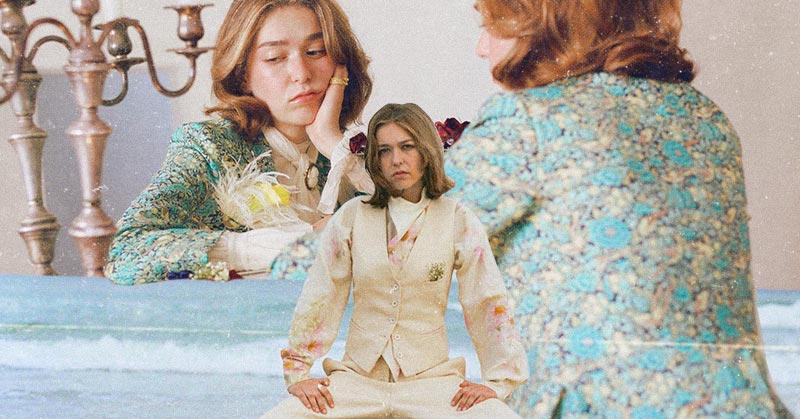 The sophomore record is very often a quandary, but not Valentine from Snail Mail

The sophomore record is very often a quandary. The artist is faced with a daunting range of options when it comes to developing their artistry—rebranding, getting left-field collaborators, throwing aesthetic curve balls, et al. The phenomenon of the sophomore slump exists for a reason: it’s hard to live up to the first release, despite all the pullable tricks.

So it’s refreshing whenever an artist just…gets better. The first album was already great. And then they make the second album, and go on and fortify their strengths and make up for previous weaknesses.

Such is the case for Lindsey Jordan AKA Snail Mail. Her debut record Lush was an exquisite blend of modern indie rock and the MTV alt rock of the aughts that the likes of Michelle Branch and Liz Phair pioneered. It was a big wave that crashed down on us between 2018 and now. Snail Mail, beabadoobee and the boygenius holy trinity cracked the code of that particular sound, the score of Disney Channel Original Movies and Nora Ephron blockbusters. From there, where else can you go?

What Snail Mail has given us with her new record Valentine is something richer, warmer and more complex. The whole album takes it up a notch from arrangement to production. All killer no filler head to toe. Gotta love the neatness of that trajectory, all aspects of artistry levelling up.

The intro track Valentine bangs it out with an uproarious chorus. The lyricism is both rueful and courageous, the way Jordan belts “Why’d you wanna erase me?” with a confrontational bent that almost feels belligerent. There is a sinisterness to the bone-shaking bass of Ben Franklin and how the lyrics explore the crushing masochism of heartbreak.

Forever (Sailing) is a cool customer of a track whose composition catches you off guard in the best way. The listener is led into a lounge-type beat that evokes an evening of high tides, waves lapping up sand in thick darkness. Bright synths come in and propel the song onward as Jordan’s crooning guides the whole thing along, a lighthouse searching. She casually drops the shattering axiom of “Nothin’ stays as good as how it starts,” before gliding into a smooth chorus, tranquil as the listener stands in the midst of emotional wreckage.

It’s this honest to God growth that frames the whole album. While Lush left vocals and guitars to do the heavy lifting, Valentine allows other instruments and more adventurous composition dynamics to come through. Let’s also give due credit to producer Brad Cook (Bon Iver, Waxahatchee), who has a knack for making the intimate sound and feel expansive. Valentine clocks in at a tight 32 minutes, by the way, fitting more dizzying highs and mellow moments of tenderness into that runtime than most musicians can do with twice the time.

One can imagine the closing track Mia becoming an instant classic. “Lost love, so strange / And heaven’s not real, babe / But I wish that I / Could lay down next to you,” sings Jordan. The chord progression gives the song a Randy Newman-esque vibe, and really brings home the melancholic feeling of credits rolling on a love that has closed its curtains. Valentine is, in many ways, a love letter for the jilted, a balm for anyone who knows what it’s like to catch an ex in your peripheral vision and still walk away, more fully alive in the throes of your aching.