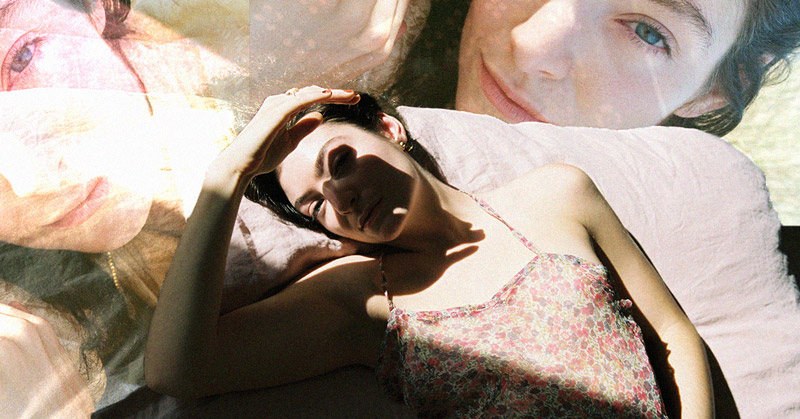 Lorde has always been there for a generation who went through changes: happy, painful or unexpected. Pure Heroine coddled our teenage angsts, and we lived the pains of a sad, young love with Melodrama. This time around, we’re in the limbo between being young adolescence and adulthood. It’s a time filled with growing pains and maybe even quarter-life crises. Now at the age of 24, Lorde lived through that transition and created Solar Power, which might just be our new album about growing up.

“For my artist career as well, I think I realized that I’m always going to be someone who needs to retreat from being a pop star to be able to make something and undergo a transformation that makes me wanna write something new. I think that this album really showed me that that’s who I am.” Lorde shares in a press event, talking about her experience in writing Solar Power. From the hazy quality of a Zoom screen and the faint, nighttime light of New York City (from where she was calling), there still was this radiant energy emanating from her. It’s an aura of someone who’s genuinely found happiness and healing, growth and enlightenment.

RELATED: How Well Do You Know Your Lorde Lyrics?

Sonically, Solar Power is a lot simpler than its predecessors. Lorde and Jack Antonoff put the iconic synths and pop beats in the backburner to highlight acoustic guitars and psychedelic sounds—a nod to the 60s sound that accompanied the so-called flower child culture. It’s a beckoning to enjoy art that’s stripped down and organic, the same invitation to think about our natural world. Its sound is earthly, grounded. Tunes you’d play while you embark on a long, aimless walk. Yet, her hypnotizing harmonies and vivid lyrics remained, proving that she still has the power to put a listener in a trance. So while some would say that the record lacks her usual artistry because of its simplicity, this album is actually the opposite.

The record kicks off with The Path, a song that sends the message that the rest of the songs are something completely different from what we’re used to hear from her. The song describes her time in New Zealand, where she adjusted to the shift from the hustle and bustle of life on tour to the calmness of being at home. She further mulls over her time away in the carefree sound of Solar Power. “And I throw my cellular device in the water. Can you reach me? No, you can’t!”

In contrast, she whispers her gripes about the same change in her routine and distance from the popstar life through Stoned at the Nail Salon. This quiet ballad led only by acoustic guitar sounds and her sorrowful harmonies is reminiscent of Liability: a bare introspection that will force you to sit down and think. However,  Secrets From A Girl (Who’s Seen It All) shares the same self-awareness, one that manifests differently: a litany of her knowledge and wisdom. So many things have changed since she was 15. She narrates, “growing up a little at a time, then all at once.”

Stepping away from the introspect of her life as a pop star, Lorde approaches the topic of climate change and the state of nature in other songs. Fallen Fruit is a letter to the older generation asking why the planet is in this situation. Her harmonies throughout are like the choirs in Greek theatres: solid and haunting. In the same manner, she sings about the post-apocalyptic world in Leader of a New Regime. It’s a harrowingly desperate call for help.

Mood Ring swoops in as a palate cleanser in a way, mixing both the cheeky lyrics of Solar Power and the entrancing haziness of The Man with the Axe. As the previous tracks invited us to celebrate nature, this song pokes fun at our generation’s obsession with pseudo-wellness culture and how we cling onto any form of mystical grounding and to feel good. “Ladies, begin your sun salutations, transcendental in your meditations (love and light).”

Overall, Solar Power depicts Lorde’s transformation from a young pop star to a stable adult. It’s a transition we ought to be going through this limbo, too. Therein lies her message: the ride isn’t as glamorous and decorated as we thought it was. But every piece of advice we’ve learned and received makes the journey more poignant, more vivid, more life-changing.

Adulthood need not be larger than life all the time. It just needs to be lived and experienced for you.