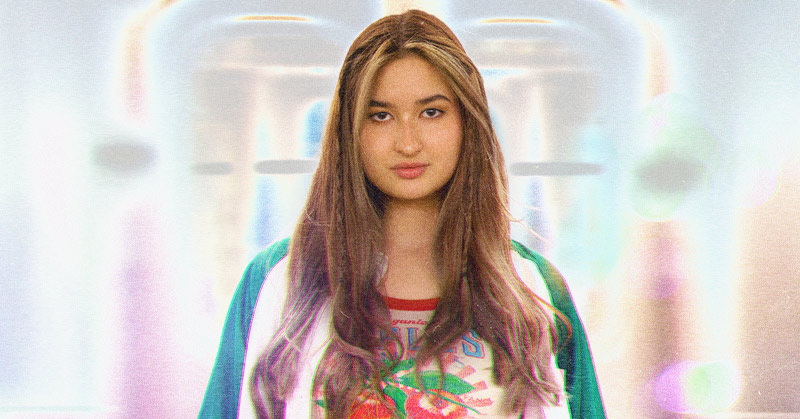 The singer Stephanie Poetri kicks off a new era

It’s been about a year since we sat down and chatted with Indonesian songstress Stephanie Poetri about her then-upcoming EP, AM:PM. Since then, she’s checked more milestones off her list: releasing a new body of work, exploring new sounds and performing at 88rising’s Head In The Clouds Festival 2021. Safe to say that the new year has been treating her well, too. In an exclusive interview with Wonder, she shares, “The New Year has been super fun and exciting, especially with the release of Picture Myself.” And as far as resolutions are concerned, Stephanie has a simple one—like all of us—in motion, too: hitting the gym and exercising to help her back pains.

The typical advice to long-distance relationships often revolves around the phrase, “distance makes the heart grow fonder.” But as much as optimism is concerned, that might not always be the case. Time apart can take a toll on you and your hopes. Stephanie explores the sadder sides of these relationships with her newest single, Picture Myself. It’s slow, much more similar to her earlier song, I Love You 3000, as the acoustic guitar and piano-led ballad highlights her tender vocals.

RELATED: Ylona Garcia “Grateful” For Her Journey As An Artist

The music video, directed by Eileen Yoon, features the singer going around New York on her own, seemingly doing things she used to do with her lover—tearing a heart-shaped pizza in half included. While the track verbalizes feelings left unsaid, there’s no doubt that going around New York seemed like a lot of fun. But for Stephanie, her favorite scene involves the raining photos. She shares: “In the music video, it looked so slow. But in reality, it was so quick and scary because the sharp edges of the polaroid were softly stabbing me as they fell. It was really funny.”

Stephanie Poetri worked on Picture Myself with M-Phazes (who has collaborated with Madonna and Kehlani) and Sarah Aarons (who has likewise worked with Jessie Ware and Flume). According to her, listening to the demo got her hooked. “The song came as a demo, and it was so beautiful that I couldn’t pass on it. I loved the songwriting and the production,” she tells us. The song sounds light and dream-like, but the lyrics convey worries one would be afraid to voice out. “Could I picture myself believing / Picture myself believing in us,” she sings over warm synths and guitar plucks, a wholly welcome difference. For Stephanie, she loves hearing the contrast in the track. She adds, “That was why I chose to make this song my first single for this project.”

As someone who went through a long-distance relationship, Stephanie feels connected to Picture Myself. She hopes whoever listens to it does so, too. “I want a sense of vulnerability and melancholy to come from the song. But I want it to be somewhat comforting. It shows that other people are experiencing it too,” she expresses. Stephanie found it fun to add another personal touch to Picture Myself by drawing the cover art herself. It features the New York skyline and the car bursting with flowers. “The song felt like a diary entry, and so the doodles were like the doodles you’d see in [one],” she explains. After illustrating the track’s art, Stephanie wants to try her hand at animating a lyric video for her future songs. Heck, maybe even a music video.

More music is on the horizon for Stephanie Poetri—Picture Myself is just one of the projects she’s gearing up for.

Join Stephanie Poetri and 88rising in kicking off the year by streaming Picture Myself on all streaming platforms.