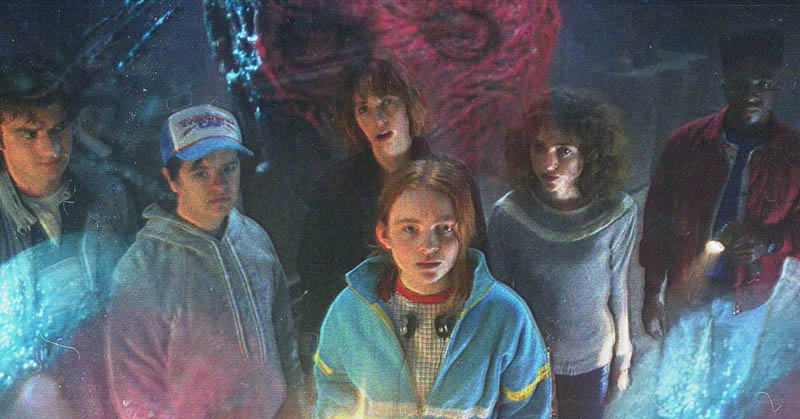 No mental preparation can manage your expectations

Today, the first seven episodes of Stranger Things 4 drops on Netflix. After three years, which canonically just lasts six months, the world finally gets to see the aftermath of The Battle of Starcourt.

Allow me to offer a word of caution: no mental preparation can manage your expectations. Anticipate grander effects and freakier imagery, brand new worlds, a dip into the past and greater evils continue to threaten Hawkins.  So when the cast emphasizes that this season takes the crown as the darkest, that’s a sign to believe them completely. We can expect double the horror and twice the amount of plot twists from the first episode alone.

A dip into the past

The first time everyone meets Eleven in season one, she stumbles upon Benny’s, and steals some fries before attempting to run away. All roughed up and shaken, it’s evident that she came—that is, escaped—from someplace that scared her to the core. It’s later revealed that she broke free from the Hawkins National Laboratory, where scientists get to the bottom of her psychokinetic powers.

Stranger Things 4 starts with a peek into Eleven’s past. By that, we mean back to her time in the research facility. What begins as a regular day takes a gruesome turn at the hands of an unlikely perpetrator. This first scene ends on a disturbing note, with imagery so unsettling that it pushed Netflix to add a trigger warning ahead of its release. This trip back to the past sets the tone for the bigger fights coming for the gang.

One of the other monsters the gang has to face is high school. While we all know that the times changed the school landscape for the better, the thick of the 80s is still heavily encapsulated. With Dustin and Mike enjoying their company with The Hellfire Club, Max isolating herself and Lucas making it to the basketball team, social circles will keep the gang apart. Because even if they managed to battle supernatural and extraterrestrial beings that would bring them closer than ever, there’s nothing like peer pressure to ruin a few relationships.

On the other side of the country, though, Eleven and the Byers attempt to get by in their brand new neighborhood. Joyce Byers has a new job, but an ominous package unsettles her. Jonathan Byers patiently waits for his college admission letter, seemingly getting along with Argyle, the stoner. Meanwhile, Eleven continues to adjust to living like a regular teenager. The downside? She gets the treatment given to social pariahs: getting bullied, and quite viciously so. Sure, they have new friends, but it’s not the same as it used to be.

All. The. Bitchin’. References.

If there’s anything widely appreciated, it is the fact that Stranger Things 4 manages to capture the zeitgeist of the 80s perfectly. For this season, though, we’ll be looking back at our favorite 80s horror flicks. Sure, season one touched upon Poltergeist, E.T. and a few more well-loved films. But they take it up another horrifying level for this season, paying homage to slasher flicks and horrendous villains. After all, you have a horror icon, Robert Englund, joining the cast. So take that as a hint.

The major villain, Vecna, is named after the Dungeons and Dragons character that looks more ancient than disfigured in the game. But its Stranger Things iteration has an almost-melted face made out of nightmares, which makes his resemblance to Freddy Krueger highly uncanny. Not to mention its ability to tap into one’s innermost fears and dreams, this season nods to A Nightmare on Elm Street once more. Unfortunately, those were the only references I picked up on in the first episode. So here’s to hoping Eleven gets her Carrie moment later in the season. (I know, it’s a 70s horror flick, but it suits her scenario best.)

What the hell comes next?

In Stranger Things season four, episode one ends on a freaky note. We’ll save you all the specifics, but encountering the Upside Down and Vecna doesn’t sound pretty. Quite literally. The closing scene gets us right into our fears, evoking the visceral reaction when we hear unpleasant things. Like items that crunch under a strong force. Honestly, the first episode will fuel all my sleep paralysis episodes and nightmares for a few months, mostly because of its terrifyingly graphic end. To quote Joe Quinn’s Eddie Munson, “I don’t like this!”

TL;DR: Stranger Things season four reminds everyone that its genre falls under supernatural and horror for a reason despite its feel-good nature. It’ll have you falling in love with it all over again.

Watch Volume One of Stranger Things 4 on Netflix. Volume Two drops on July 1, 2022.