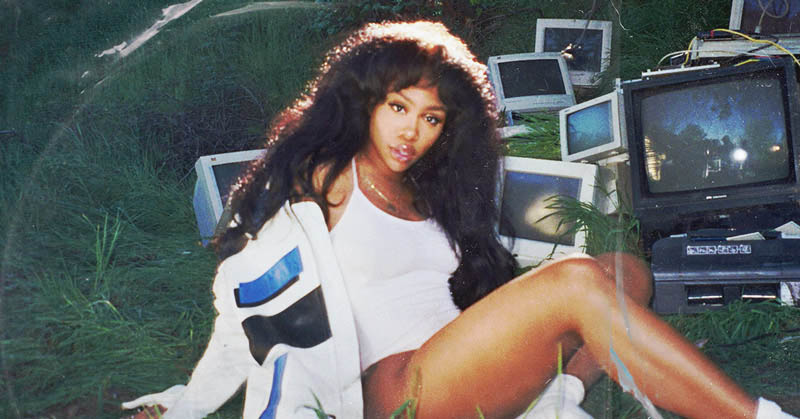 It’s been five years since SZA released her debut album, a 14-track collection that catapulted her into breakthrough fame. In celebration of the record, SZA released a deluxe version containing seven additional tracks, such as Love Galore’s alternate version. If we talk about the numbers, Ctrl debuted number three on the Billboard 300, was nominated for four categories (all of which she deserved to win), received a score of 8.4 on Pitchfork and reached a double-platinum certification. But more than the measured parameters, Ctrl has managed to wedge itself in the psyche of many. There’s a reason it gets hailed as SZA’s most emotive body of work, and why it has a long-standing legacy since its release.

From sexually charged and empowering anthems to vulnerable moments for romance and the complexities of intimacy, SZA manages to touch upon the issues that plague a young adult. Whatever generation we come from, there always exists an internal struggle. The way we feel about ourselves, the way we talk and the amount of love we hunt for by constantly swiping on a screen—all reflect a shared experience of navigating this age. SZA, whose journey presents itself as something that is shitty as it gets, maneuvers its retelling through sonic grace and straightforward lyrics.

RELATED: How TikTok Made Ricky Montgomery A Successful Recording Artist

In Ctrl, SZA touches upon modern dating and its quirks—and how she can take her power back in different ways. Sometimes, empowering yourself can go against a world seemingly obsessed with what’s black and what’s white. First, we hear it in Love Galore (featuring Travis Scott), where she comments on the abundance of almost-virtual relationships that fail to pass the boundary of an app. Next, SZA recruits Kendrick Lamar for Doves In The Wind, a song “dedicated to vaginas.” The gritty beat and Kendrick’s blunt statements contrast against SZA’s honeyed vocals, shaping an empowered, sexually charged anthem. It also pokes at the plain, almost facetious obsession with sex.

Even in The Weekend, she sings about the tale of a man stringing along three women simultaneously—and these characters riding along. One would think that playing along in a ploy makes you a fool, but SZA takes her power back by being unbothered. No one can make you feel inferior without your consent.

But perhaps beyond the vulnerability of heartbreak and admission of revenge in Supermodel is SZA’s clear description of what insecurities can do. Loneliness can push you to do the most painful things, like clinging to someone who won’t pay you attention. In Drew Barrymore, SZA sings about low self-esteem. There’s a lack of self-assurance and a constant hunt for validation as she pleads, “I’m sorry I’m so clingy. I don’t mean to be a lot.”

Meanwhile, in Normal Girl, she expressed the need to be seen as someone more than a one-night stand. A woman enough to be brought home to one’s family. Raw, unbridled and helpless, she just wants to be loved. These thoughts, ones we refuse to verbalize, eat us whole when we find ourselves alone.

The mess of modern dating and the undefeatable monster of insecurity aside, SZA also finds herself writing reassurances. For the listener or herself—whoever has an ear to lend. Sometimes, solace doesn’t need to sound direct. Instead, comfort can come from knowing that others go through the same things. Take Prom, for example, where SZA sings about the present occupying her entire mind that she doesn’t think of the future. In Garden, she begs for emotional support and vulnerability, despite not knowing if she’s deserving of it. During her set at VEVO Halloween, she explains the song: “[I wrote this] from the new me to the old me, to someone that I needed for the old me.”

The album perfectly closes with 20 Something, a plea and a prayer to get by. As SZA bares her soul, her fears and insecurities, she invites everyone who stumbles upon Ctrl to do the same. In hoping to figure her life out, SZA takes many others along for the ride.

Ctrl initially served as a musical diary narrating SZA’s troubles, but it also comforted other 20-somethings struggling to find their paths. Each person has an album that speaks to their life. Timeless, enduring and classic, this album feels like a tether to one’s roots, an anchor for when the going gets tough. For those who hold Ctrl close to their hearts, it’s become the cheers to figuring yourself out. The album turns into a time capsule of their youth. A place to run to without any fear, one that lets you embrace your entire being: all of its faults, difficulties and highs, before letting go and finally healing.