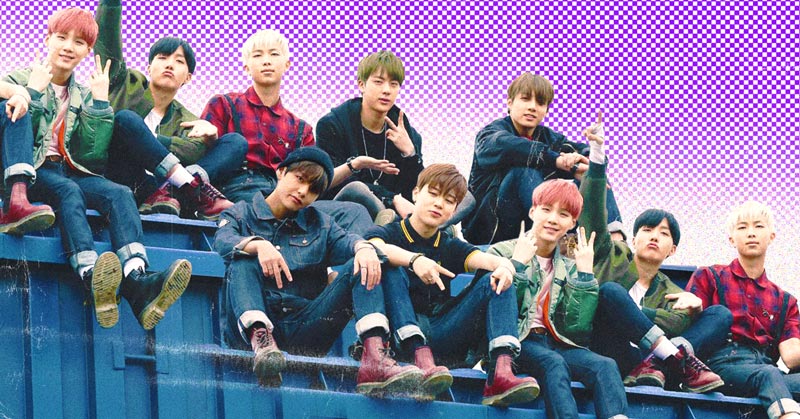 The Enduring Charm of BTS’ The Most Beautiful Moment in Life

What keeps us returning to The Most Beautiful Moment in Life Trilogy?

It’s undeniable that in each discography of a coveted artist, each fan has a certain song, a specific record that speaks to their soul. For example, Melodrama has a special place in the hearts of many a Lorde fan. Meanwhile, avid listeners of The 1975 find themselves transported to better times when they listen to their eponymous debut album, cementing its impact on their lives. In the case of BTS, I’d like to argue that despite their rich discography, The Most Beautiful Moment In Life trilogy has its own allure—a certain charm and pull that has many ARMYs, even BTS themselves, going back to it.

Hwa Yang Yeon Hwa translates to The Most Beautiful Moment in Life, referring to the trilogy of Parts One, Two and its final compilation called Young Forever. The trilogy also signifies the completely new direction they took. BTS explored new ground, veering away from an album chockful of heavy basslines, bold pop elements and albeit aggressive instrumentals. A 2015 review from Seoulbeats writes, “I honestly thought of them as any other rap group—same sound, same image. Their compositions just weren’t my cup of tea, erring more on the side of a dub-stepped Wiz Khalifa than Kendrick or J Cole.” While I’d argue that this line is pretty harsh, it paints a picture of the sound BTS went for then.

The Most Beautiful Moment in Life witnessed BTS experimenting sonically and aesthetically. Their music videos for I Need U, Run and Young Forever was cinematic, to say the least. They often show BTS as rebellious youth: running, having fun, dealing with fights and friendships ruined. A lot of reminiscing and learning the ropes. This experimentation brought them their first of many music show wins, further showcasing the group’s immense potential. But beyond the surface level and accolades, the messages found in The Most Beautiful Moment in Life are integral to its enduring importance.

The Woes of Youth.

The Most Beautiful Moment in Life Pt. 1 opens with an intro of the same name, with Suga flying solo. The sound of sneakers squeaking against the floor, heavy breaths and palpable beats punctuate his verses. With ballad-like strings and the metaphor of basketball guiding him through, he raps about the struggles of growing up and the pressure to chase after one’s dreams.

The rest of the EP follows suit. Hold Me Tight and Outro: Love Is Not Over serve as accompanying lovelorn R&B tracks next to I Need U. All the lyrics take on a persona often on edge, always tense and afraid to lose something important to them. There’s always a struggle, a fear and it’s become a validation of what it means to grow up. They show the hesitation in facing your fears, reconciling your priorities and determining if dreams are still worth chasing.

The Joys of Youth.

The Most Beautiful Moment in Life Pt. 2 starts quite similarly, with the passionate Intro: Never Mind. But the soundbites of a cheering crowd lead the album and listeners in a different direction. This time around, SUGA is accompanied by RM and J-Hope. The emotional, piano-led instrumental shows an envigorated perspective on life. Here, they rap about living their lives on their terms and no one else’s. This song is the birth of one of SUGA’s most profound lines: “If you feel like you’re going to crash, step harder, kid.”

The lead single, Run, also pens a narrative of enjoying the chase, recklessly running towards something they extremely want. However, this need for the chance manifests into fear of loss through the emotional ballad of Butterfly, the anguished lull of Autumn Leaves and the painful goodbye of Outro: House of Cards. Again, there seems to be a relentless need to hold on to something that brought you joy, even to a careless degree.

The Journey of Youth.

Both EPs culminate in a full-length release called The Most Beautiful Moment in Life: Young Forever. With a revised tracklist intertwining both joy and pain, this collection fully embodies what it means to grow up. Youth is complex: tumultuous, joyful and difficult. It makes you optimistic. Other times, it makes you cynical. It’s filled with angst and rebellion. Life, youth, growing up—all these knock you down, but it doesn’t stop you from dreaming. Young Forever, an emotional expression of BTS’ thirst to continue making music, perfectly delivers this realization. Come what may, they’ll still do whatever it takes to stand on a stage. And for the listener, it’s that we have to face the music. Our youth will eventually become distant memories. Perhaps we hold onto it out of fear—but who’s to say that it’s the only part of your life that deserves to be called “most beautiful?”

RELATED: Nine New Tracks to Check Out on Spotify: May 2022

The Most Beautiful Moment in Life encapsulates an era filled with uncertainty that even the world’s biggest stars had to start somewhere and restart when the going gets tough. This authentic and honest show of emotions transformed the trilogy into a masterpiece that resonates with ARMYs of all ages. That’s the enduring charm of this body of work.

This could be another underlying reason why BTS chose to connect their forthcoming anthology, Proof, and lead single to The Most Beautiful Moment in Life. With Yet To Come (The Most Beautiful Moment) appearing on the album art, BTS looks back on the path they’ve traveled. While they previously touted our younger years as the best moments one could ever have, they now return to express that the best is still yet to come.