What Would You Do on the Night of The Purge?

Would you brave the streets or triple-lock your doors?

It’s taken us five years and four movies to make it to the beginning. Aptly released on the 4th of July, The First Purge, the most recent addition to the dystopian-horror franchise takes a step back, giving us an all-too-vivid peek at how the annual tradition of chaos and bloodshed began.

To those unfamiliar with the movie series, The Purge takes place in a near-future United States wherein a powerful political party called The New Founding Fathers of America implements a yearly occasion: a 12-hour window during which virtually no laws exist. In the interest of keeping the crime rate at a minimum for the rest of the year, citizens are allowed to unleash all their aggressions and act with no penalties whatsoever.

A problematic premise? Quite. But wait, there’s more.

Throughout the franchise, even bigger underlying issues reveal themselves. Now we don’t want to give away too much for those who’ve yet to catch up, but we’ll tell you this much: the government is never as clean as they make themselves look. Like its predecessors, 2018’s The First Purge is flush with social commentary and blows at real-life political situations. Consider it another step towards the quick-forming trend of conscious, “elevated horror.”

Before we get carried away, let’s get down to the reason you clicked through: the quiz. What would you be doing in a time and place where felons run free and crimes go unpunished? The quiz below might just give you the answer.

Which animated character do you identify with the most? What is your biggest fear?

Which Beyoncé song is your jam? 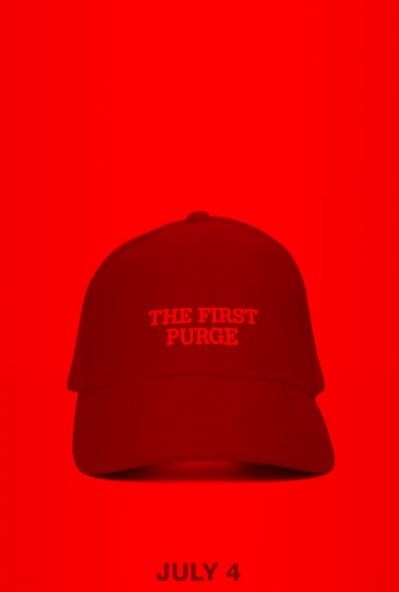 What Would You Do on the Night of The Purge?
Hide ‘til it’s all over
You value your safety, and there’s no shame in that. Keeping you and your family away from harm is your top priority, and with now-criminals roaming the street? Your best bet is staying home and triple-locking those doors.
Mess with the government
Anything is legal, except maybe killing a politician (although even that law was lifted in one of The Purge films). So what’s an intellectual to do? Screw the system and pull off the good old hack and embezzle, of course! After all, the government can’t possibly be using all that money for good, right?
Serve justice, no matter the means
Everyone becomes their worst selves on the night of The Purge, and that riles you up like crazy. You crave justice and are determined to make it prevail. On purging night, you’d be caught fighting for whatever you think is right: whether it means safeguarding your community or eradicating those out for needless bloodshed.
Leave the country before the shitstorm starts
What’s that, Purge season is approaching? Gotta go, bye!
Commit all the petty crimes you’ve always been too scared to
You’ve always been a little curious but have always feared the worst consequences, so the night of The Purge gives you a chance to do all the little bad things that you’ve thought of doing: whether it’s shoplifting from a convenience store or downloading Jay-Z’s entire discography off the internet.
Provide shelter to others
You’re caring by nature, and it pains you to see the city turn itself inside out whenever The Purge comes around. You, o kind soul, are the ray of sunshine during a stormy day, the one who helps others when you could be committing crime for your own personal gain.

From the Slow-Burn Masterpiece to Gut-Wrenching Truth-Telling: The Best Documentaries to Watch Right Now

How To Prepare For The Looming Economic Disruption

OPM Fans, Ben&Ben is Giving You a Chance to Give Back