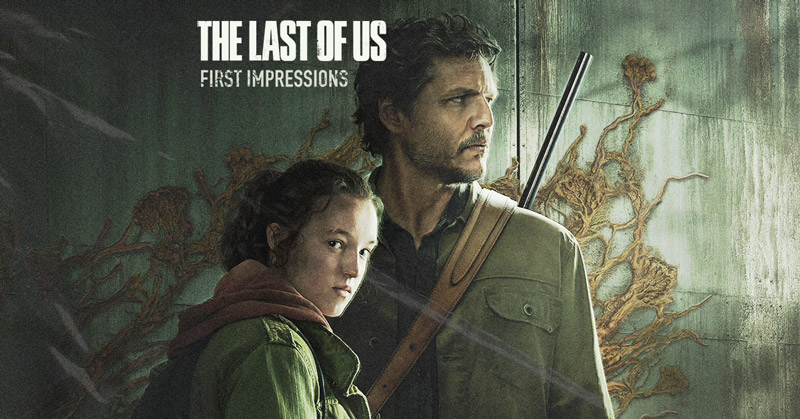 “The Last Of Us” Leaves Nothing To Chance

“The Last Of Us” is now streaming on HBO GO

There’s no use denying that The Last Of Us has a cult following. It’s one of the most popular games—so much so that even non-gamers have heard of it. But whether you know of it because you played or just because you’ve heard good things about its plot, we now have the HBO GO series to look forward to.

The Last Of Us franchise is expanding beyond console gaming. And we’re here for it.

In the apocalyptic series, we follow Joel (Pedro Pascual) and Ellie (Bella Ramsey) as they traverse the world they live in. It’s several years after the Cordyceps fungus first started to spread, but Joel is still suffering from his losses—and it shows. Nevertheless, he and his partner, Tess (Anna Torv), are hired to get 14-year-old Ellie safety across the country filled with infected and murderous humans.

RELATED: “A Man Called Otto” Is Peak Tom Hanks In His Tito Era

If I’m being quite honest, the first episode of The Last Of Us doesn’t do much but lay the groundwork of what’s to come. We are first introduced to Joel, his daughter Sarah (Nico Parker) and his brother Tommy (Gabriel Luna). They are healthy, have good relationships with one another, and they’re trying to celebrate Joel’s birthday (despite the fact that he’s going to work for most of the day).

But come that fateful evening, Sarah wakes up to an empty house and sounds of ambulances and helicopters around her. She goes to her neighbor’s house and is attacked by an old woman who could barely move in her wheelchair hours before. Finally, Joel and Tommy show up, rushing Sarah to get inside their pickup truck and shooting the old woman dead.

Fast forward years later, and Joel is without Sarah or Tommy. He’s just trying to survive with Tess; they’re trying to get their hands on a car battery. And then they’re introduced to Ellie.

RELATED: The Biggest Bombs From “Spare” And, Honestly, Are You Okay, Prince Harry?

Like I said, the first episode of The Last Of Us doesn’t give much in terms of narrative. But what it does do is prove that we might just have one of the best series of 2023 in our midst. From Chernobyl director Craig Mazin and The Last of Us creator Neil Druckmann, this series adaptation of one of the most successful titles from Naughty Dog looks pretty damn good.

They’ve created this impressive world that is equally enthralling as it is frightening. Casting Pedro Pascual and Bella Ramsey was the best choice they could have made. Despite their limited time together on screen, you already know that something’s brewing there.

But what might satisfy the original fans of The Last Of Us is this: the series doesn’t seem to steer away from its inspiration. Almost scene per scene, the series follows the game. Even with my limited play, I knew what was coming next—which isn’t a bad thing. It’s clear that this HBO release was a partnership that was thought through from end to end.

Whether or not the series will eventually play around with the characters and narrative is yet to be seen, of course. But with the amount of content HBO has to explore and just how big a world they have to play with, there’s barely any reason to slow down and disappoint.

So we’re already calling it: The Last Of Us is one of 2023’s greats. Time to get on board.

“The Last Of Us” is available for streaming on HBO GO. New episodes drop weekly.