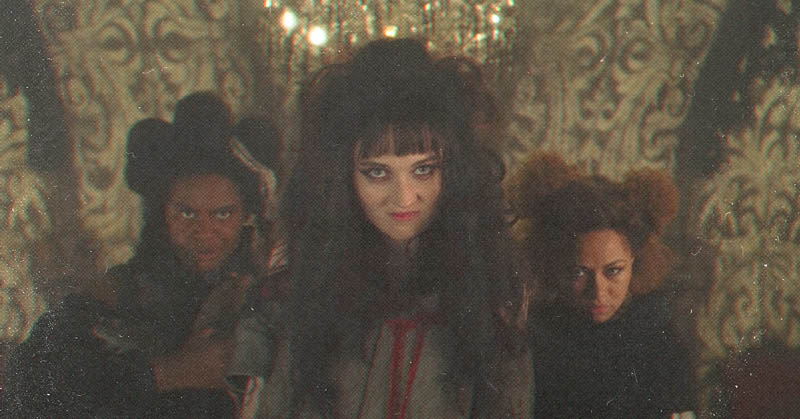 “The School For Good And Evil” Shows Ups, Downs & In-Betweens

There is a surplus of Halloween content out there—and we aren’t complaining. Some are gruesome, others are freaky, and some send us a clear message while dabbling in the “horror” genre. Netflix’s recent The School For Good And Evil belongs in the latter.

RELATED: A Look Back: “Midnight Mass”

The School For Good And Evil tells the story of two friends, Sophie and Agatha, who live in the rather dreary village of Gavaldon. Sophie is beautiful; exactly how you’d imagine a princess to look: petite, blonde, knows how to smile. Agatha is the opposite; the villagers call her a witch and she has unruly hair.

When Sophie takes it upon herself to get out of Gavaldon, she writes a letter to The School For Good And Evil, begging them to take her as a student. Her wish is granted—and Agatha gets dragged in the mess. But things take an uncertain turn as Sophie is sent to the School For Evil and Agatha is dropped at The School For Good.

Eventually, we find out in The School For Good And Evil, that someone with Blood Magic has been running the entire show.

So let me talk about these girls; Sophie first.

Sophie looks like the epitome of the princess we all grew up watching. She is hounded by her step-mother, dresses in rags that she sewed together herself. Her face is pleasing, her hair was long and as fair as her skin. She thinks she’s a shoo-in for The School For Good. And when she gets dropped in front of the dark façade of the “wrong school,” she fights. Sophie shouldn’t be there—until she is.

In time, Sophie begins to run the school. She welcomes her dark powers and is enveloped into the evil that was always inside her. Her selfishness and need to belong somewhere force her into it. For once, she’s doing something and being someone.

A post shared by The School for Good and Evil (@theschoolforgoodandevilmovie)

And then there is Agatha…who is honestly, a little boring. She wants nothing more than for her and Sophie to go back to Gavaldon, but because she is a good friend, she wants Sophie to get what her heart desires. Agatha sticks to her guns and stays on the straight path—with a little romantic detour—and tells the powers that be that there is no such thing as strictly good and strictly evil. What a revelation.

A post shared by The School for Good and Evil (@theschoolforgoodandevilmovie)

But the real message that I loved came from Professor Anemone, the teacher of beauty who failed Agatha for not knowing how to smile. There’s a brief but powerful moment where she questions when good started to equate to beauty, and when beauty became the be-all and end-all of…everything. Thank you, Michelle Yeoh.

Because isn’t that what the film really questions? As much as we know that everyone has good and evil inside of them, didn’t we all assume their roles based on how the characters looked? Shame on us.

The mismatched destinies of Sophie and Agatha isn’t exactly unexpected, but it does drive one clear point across: that good and evil aren’t black and white. Beauty doesn’t mean a heart of gold, and unruly hair (because honestly, Agatha is already beautiful) doesn’t make you a witch.

The School For Good And Evil is one of those films you watch for the sake of watching it, but you don’t regret making the decision. It’s not going to win any awards or change the course of the entertainment industry, but it will entertain you.