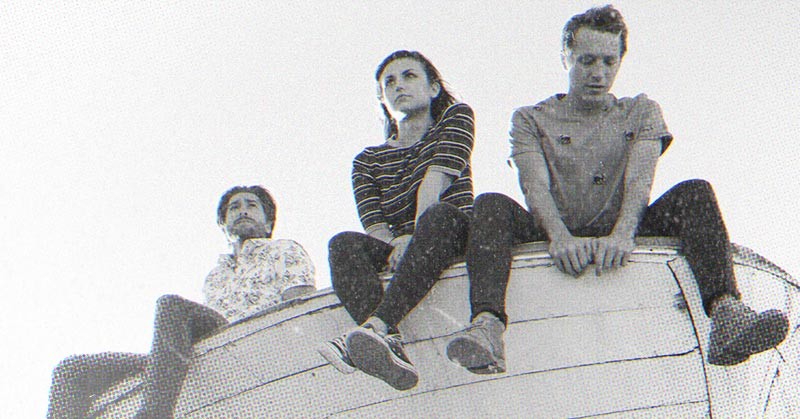 Show Me What You Got, a Polyamorous Love Story, Goes Beyond Labels

“I also wanted to tell a story that didn’t have labels and boundaries, and a story that had a very strong, independent, young woman [at] the center of it” —Svetlana Cvetko, Show Me What You Got director

Art has the ability to shamelessly and truthfully portray some of life’s realities that many still consider taboo. For Svetlana Cvetko, director of award-winning international feature film Show Me What You Got, she wanted to tell a story “that didn’t have labels and boundaries.”

In an exclusive interview with Wonder, she explains the intent behind such candid material: “I really wanted to construct a story that was about complicated and unconventional love. I also wanted to tell a story that didn’t have labels and boundaries, and a story that had a very strong, independent, young woman [at] the center of it.”

The feature-length directorial debut of the renowned cinematographer revolves around a budding friendship-turned-romance among three young millennials, Marcello (Mattia Minasi), Christine (Cristina Rambaldi) and Nassim (Neyssan Falahi). Set in Los Angeles, it’s richly filmed in black-and-white, and is inspired by art film movements from the past. Svetlana shares, “Choosing it to be black and white…we wanted the film to feel like a memory, but is set in a contemporary world. Between the love for black and white, wanting to tell the story in Cinéma vérité, dabbing into French New Wave…all of this kind of blended itself to be filmed in this kind of way.”

A wholehearted ménage à trois forms between the three protagonists as they continue to explore their youth and find joy by making art, joining political protests and falling deeper into their unconventional love. This non-traditional, polyamorous relationship highlighted in the film is possible in real life, according to Cvetko. She notes, “This is why I wanted to address this kind of story… It is something that is definitely present in our lives and people around us. It was really interesting because during the filming… there were three members of our crew that at some point of our filming actually told us that they have been, either previously or are actually right now, in that kind of relationship.”

She adds, “Further down, a very close friend who is a producer also shared that she has been in a long-term polyamorous relationship… Really something that struck me is that there are so many things that we feel open [to] discuss in today’s world that we are accepting, but there’s a small part of it that’s incredibly present in our lives that we still don’t openly talk about. I just felt the need to kind of tell that story.”

For Show Me What You Got producer and director, David Scott Smith, this unorthodox relationship can only work with communication and open-mindedness. He notes, “From my perspective, to answer your question, the idea that can this kind of type of love or relationship exist—yes, it can. Everyone has to be open-minded, and there has to be a lot of good communication. We have examples in our lives of people that benefit greatly from an open-minded relationship.”

As much progress as we’ve made, people easily still label these types of relationships that don’t conform to society’s standards. For Svetlana, to tell a real and intimate love story truthfully, she believes “everyone needs to go beyond that type of stereotype.”

RELATED: Dito at Doon, I’m Drunk I Love You, other TBA Studios films to debut on Netflix

As one character must return to Italy, will it threaten the delicate balance of the trio’s relationship? Stream the award-winning Show Me What You Got exclusively on UPSTREAM until September 15. Get your tickets on GMovies.

Header Image Show Me What You Got