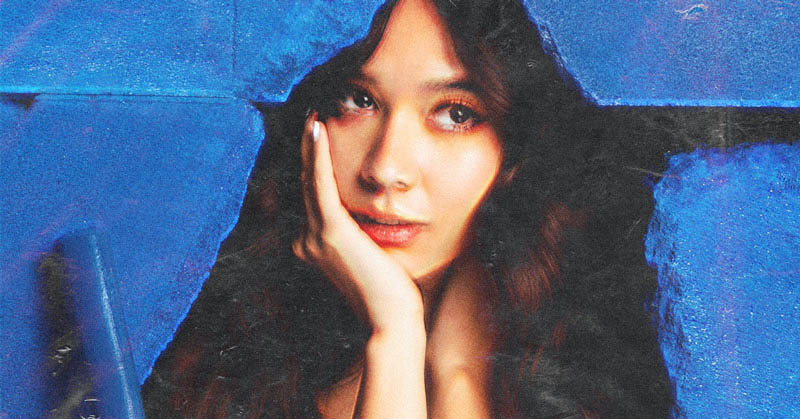 Bangkok-based singer Valentina Ploy explores new sounds in her latest effort. In an exclusive interview, she shares that “happy” is how she sees herself at the moment, much like her newest hit Berlin, which exploits more electronic sound in her composition.

The song’s title was based on the destruction of the Berlin Walls, which happened back in ’89. Despite this, she stresses that there is no political meaning behind it. When asked why she chose it, she says, “It actually is about breaking the wall of another person”—that is, an emotional wall that affects a relationship.

Valentina also stresses that people, in general, try to build up walls, as they tend to get scared and insecure about past experiences. This, to her, includes those moments from childhood. Valentina also wanted the song to be a celebration of the ups and downs of being in a relationship, which is why the tune of Berlin sounds bubblier than others.

“I definitely compared it to the wall in Berlin, which I visited a few times… [It’s] like dividing things. And that’s what happens in relationships, I guess. They’re building walls, and then they separate. And it doesn’t serve any good at all anymore,” explains Valentina.

RELATED: Lose Yourself To Dance: Are Beyoncé and Drake Ushering 90s House Back In?

“I have many things written on my phone,” says Valentina. As she expounds, she explains that part of her songwriting process includes her jotting down words on her phone, which happens whenever she feels like it or a moment strikes her.

When she is in the mood, she sits down and writes. There are also times when she picks up her guitar and starts humming through some melodies—but also reiterates that it depends on how she feels at a certain point in time. “It just flows” is how she describes the way she composes. But when it doesn’t, she keeps going and trying to find the perfect lyrics to create a song.

Organic, vulnerable and hopeful; these are the descriptions that perfectly fit Valentina.

Artistry is “a big stealing game since we all pick references from everywhere,” she begins. But for Valentina, Ed Sheeran in particular garners most of her inspiration, going so far as to say that she felt connected to the multi-awarded composer’s body of work. Valentina also stresses that it’s because his genre caters to different styles, and this is what makes him real, especially with his voice and melody.

Achievement-wise, her song See You In Life has almost 20 million streams on Spotify. Apart from this, she signed a deal with Warner Records—a leap of faith for someone who started out as an indie artist.

In our virtual interview, Valentina says that she is a person who has many sides to herself. This is made evident by her reason for adding new flavor to her pop songs: She wanted, simply, to “explore a bit more, in terms of sounds.”

Part of this is exploring is learning how to take negative feelings in a good way. “Most of my songs are pretty vulnerable and emotional,” shares Valentina, comparing her older and newer songs, and this is why static energy is prominent in two of her latest drops. With Bla Bli Blu and Berlin, the purpose is to reflect a more jolly side of her personality. Also, she stresses: “It’s good to try something different.”

From indie to signing a major label

Warner Music Asia announced a tie-up with Thailand’s premier indie record company, What the Duck. This acted as an avenue for Valentina Ploy to be signed to a major record deal, promising the singer-songwriter more opportunities for the future.

“For sure it’s a much [bigger] machine,” stresses Valentina. Her challenge? Everything from communication to sending music must be approved—and liked by people. But she braves the adjustments. Even though this happens, she says that she is lucky to have a team that supports her—with the added bonus that she feels personally close to them.

“I value that I don’t even think about whatever big thing [there] is behind. People around me are good,” she adds.

Berlin is co-written by Richard Craker. And the song is under Warner Music Asia on a tie-up with What the Duck.

The upbeat pop song “Berlin” can be streamed via Spotify.