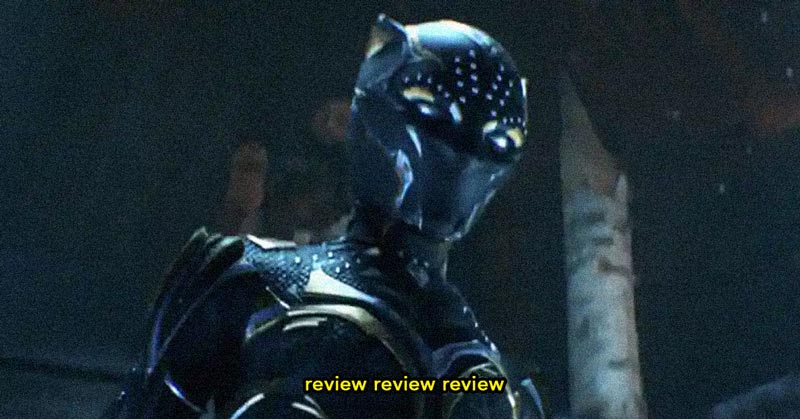 “Black Panther: Wakanda Forever” Is Not About King T’Challa

“Wakanda Forever” is. About. Shuri.

When news of Chadwick Boseman’s death broke in 2020, there was an almost palpable feeling of emptiness. He was young, gifted and the world was at his feet. It wasn’t until the weeks following the news that the public learned just how difficult he was having it. And, of course, it made everyone wonder where Black Panther would go from there. But now that Black Panther: Wakanda Forever is out, we have the missing puzzle pieces.

In Wakanda Forever, an entire nation is struggling with the death of their ruler and Black Panther, King T’Challa. Queen Ramonda, Shuri, M’Baku, Okoye and the Dora Milaje fight to protect Wakanda from the world powers who want to take advantage of their vulnerability. And when another unknown nation makes its presence (and vibranium resources) known, Shuri must decide between an all-out world war or negotiating for peace.

RELATED: In With the Brand, Brand New: Buckle up for Marvel Phase Five

The theme of Black Panther: Wakanda Forever is loss. From that initial shock to that overwhelming feeling of frustration, from second-guessing everything to finally being able to breathe again. Wakanda loses their king, but Ramonda loses her son and Shuri loses her big brother. And while Ramonda is fighting to keep her nation afloat, Namor comes with the announcement that Wakanda is not the only place in the world that has vibranium—and with that, the threat of war against Wakanda or the entire world.

So let’s talk about that for a minute. To introduce an entire nation and the origin story of someone as strong as Namor in one movie is no joke (and is probably why the film is two hours and 40 minutes long)—but it’s done well enough that you don’t feel like you’re on a scene or subplot for too long. Things happen quickly in the film, but your back will tell you it needs to be stretched about halfway through the movie. Suck it up.

But the culture of Talokan and its people does suffer because of this. Sure, we get swept up in the visuals of it—there’s an entire city thriving under the sea!—but do we learn enough about them to fully understand why there’s so hell-bent on destroying the land people? Not really.

RELATED: The Top Movies Of 2022 You Need To Watch Before The Year Ends

But back to Shuri, just because.

As heartbroken as I was that no one would ever see King T’Challa as Black Panther on the big screen again, I was rooting for Shuri the entire time I watched Wakanda Forever. From that opening moment when she was killing herself to find a cure to the illness taking her big brother to when things were finally looking up for her, I was on her team. Yes, even when she was ruthlessly and maybe immorally hammering down on Namor. Especially when she recruited Ironheart.

Shuri grew in this film. She was essentially alone, carrying Wakanda’s survival on her (initially) frail shoulders. She was struggling between her need for revenge and the voice in her head (that sounded a lot like her mother) telling her that rage isn’t what should define her. We, as an audience, act as spectators to her journey from intelligent young princess to a queen that deserves to have Wakanda behind her. She solved the issue of there never being a Black Panther again by artificially growing the plant that we thought was lost to history.

But no. Even that is taken away from her.

Second warning: I’m going to talk about that after-credits scene.

The only thing Shuri needed to deal with at the end was her grief. And she travels to Haiti to stay with Nakia so she can finally say goodbye, and she does. She has her future ahead of her; it’s scary but she can handle it. Then a little boy named T’Challa—after his king of a father—introduces himself.

Was it a beautiful moment? Yes. Does it finally answer the question of how the Black Panther franchise will move forward? Definitely. But in all this good, I can’t help but feel that Shuri is cheated of her throne, of her place in Wakanda, of her mark in the MCU.

Whatever the future holds, I hope Marvel doesn’t downplay everything that we’ve gone through—that Shuri has gone through—to get to Wakanda Forever.