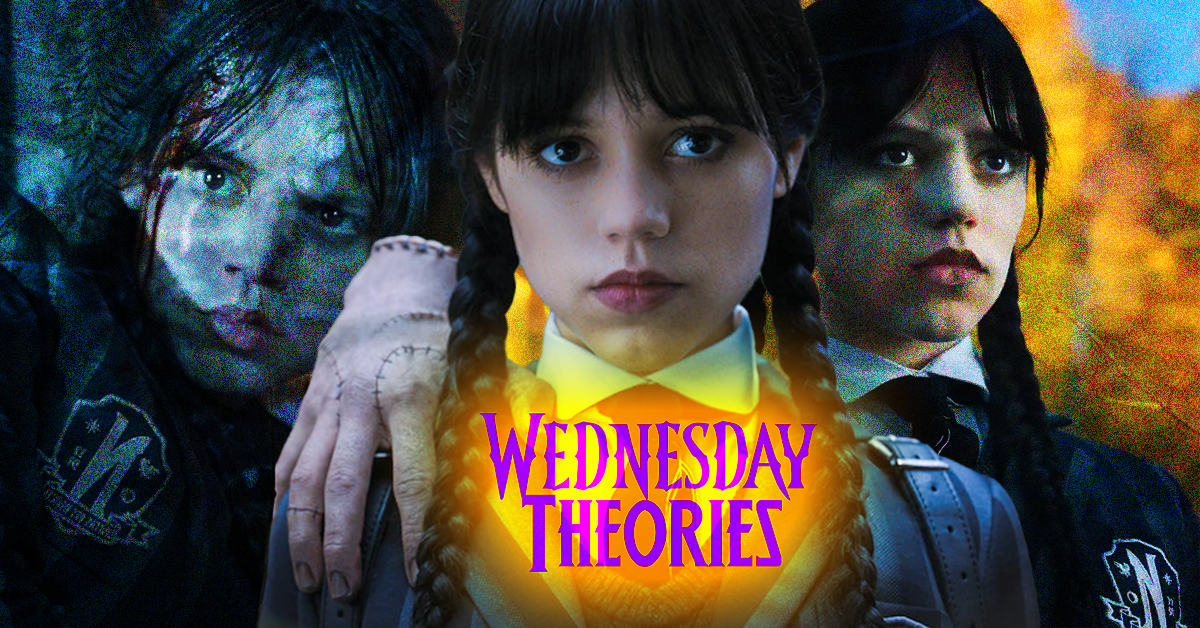 Reach or Real: Wednesday Theories That Might Be Answered in Season Two

The ending to “Wednesday” left too many loose ends

Let me be completely honest. Sometimes it takes a few hours and unlimited access to the remote control for a TV show to completely take over my life. If early 2022 had me nitpicking all of Stranger Things 4, I’m ending 2022 deep into Wednesday. Maybe it’s the main character’s modern take on gothcore dressing, the fascinating peek into this Addams family member’s teenage years or the perfect balance of spooky, ooky, kooky and funny. One of my favorite things is that the show has set itself apart from the rest of the Addams Family franchises—which might be a dealbreaker for OG fans from the 90s. Either way, I’ve gone in-depth on it in my immediate review.

You see, Wednesday ended with a cliffhanger, so to speak. (Un)Fortunately, the writers left it on such a note that everyone ends up thinking about what happens next and beg for a second season. It’s killing us, much to the protagonist’s glee. So we’ll be discussing a couple of Wednesday theories, what they possibly mean and if these are actually plausible.

We’re probably just being optimistic for the first of these Wednesday theories, but all parts of the ending point to a second season. Wednesday finishes her novel but types out, “THE END?” After bidding her new close friend, Enid, and the rest of her peers goodbye, she receives a stalker photo, and Tyler seemingly morphs in the car passing by her. If that’s not an allusion to season two, we don’t know what to believe anymore. We just hope that Wednesday suffers the same fate as Stranger Things—blockbuster seasons for as long as the story can hold up.

Theory #2: The stalker is actually…

Xavier? Possibly. Bianca? Maybe. Marilyn Thornhill, who isn’t actually dead? Likely. As Wednesday bid her new friends and allies adieu, she received a cellphone from none other than Xavier Thrope. “My number’s in there, actually,” he tells her as she unwraps it. Soon after, the protagonist receives weird candids and a death threat from an unknown number. Many online users point to Xavier for obvious reasons, as his number is there. But knowing Tim Burton and the entire team behind Wednesday, that would be too obvious. Other choices, like Bianca due to her siren powers and Marilyn Thornhill’s possible survival, seem more plausible. Nonetheless, another Big Bad™ still lurks around Jericho.

Rating: Neither reach nor real—we’ll only know in season two if there is one.

This Wednesday theory focuses on the hints and details hidden in the ending. If we dive into the Addams Family lore, the family butler may question their shenanigans but he always picks up danger around the Addamses. Call it a sixth sense, if you must. In the ending, the camera stays panned on Lurch for a long time as he sees the truck coming in their direction. Worry and curiosity plague his face but he ultimately remains unshaken. The scene then shifts to Tyler, who transforms into his Hyde form in the middle of getting transported. And, as the sfx suggests, was able to escape. Could Lurch have predicted this? Will Wednesday and Tyler have another face-off sooner than we thought?

RELATED: Netflix May Not Renew ‘The Sandman’ for Another Season?

As Wednesday packs up her dorm room, viewers noticed that Lurch is without company—a little different than the setup we were first introduced to in the series. The rest of the family’s absence remain suspicious, too, because why would a family not pick her up? After knowing that she was Joseph Crackstone and Marilyn Thornhill’s main target, and perhaps the reason why the rest of the semester is suspended, they would want to get her home themselves.

Another piece of evidence? Upon closer inspection, internet sleuths notice the lack of Lurch’s glassy eye. They’re both a deep shade of brown, contrasting his look at the beginning. But could the team behind Wednesday commit such continuity errors for a show with so much attention to detail, especially for something as crucial as Lurch’s defining features? Perhaps there’s more to the ending. It could be that all of this is a ruse, and Lurch isn’t actually who he is. On the other hand, maybe Wednesday is walking right into a trap that might endanger her all the more. Here’s to hoping season two gives us some clarity.

Theory #5: Goody Addams isn’t as “good” as she seems

When you discover there’s a blonde in the Addams’ family tree. pic.twitter.com/K2n5cU2grB

This one from the Wednesday theories makes sense if you pay close attention to everything the protagonist learns about her ancestor. While Goody paved the way for the survival of the outcasts in Jericho, the witch also carries a burden. Recalling Morticia and Wednesday discussing their powers, the elder warns her that Goody lost her way as a witch because she was blinded by revenge. With this knowledge, Wednesday fans couldn’t help but highlight Goody’s somewhat overeager smile when the *dying* protagonist let the apparition heal her into perfect health. The psychic might be her own person, but we can’t help but wonder if another entity is just waiting to strike at the right time.

Until Netflix officially announces the show’s renewal, we’ll be on the edge of our seats waiting and trying to figure out these Wednesday theories.