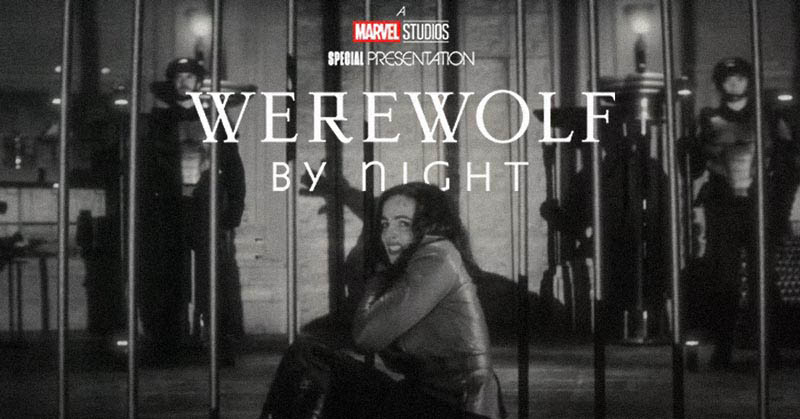 Stay seated for the most horrific night of all

The supernatural has never been associated with the Marvel Cinematic Universe (MCU) until now. After all, Marvel Studios kept themselves busy expanding the multiverse in most of its Phase Four projects. But to everyone’s surprise, Werewolf by Night is just what the MCU needed while they beefed up storylines. Truthfully, the scale of the story is limited compared to shows like WandaVision and Loki.

A note before watching: Werewolf by Night is a television special. Or, as Marvel Studios puts it, a “special presentation.” But, it does wonderfully well in strapping the audience into an adventure for one dark and spooky night.

Without giving too much away, the story follows a group of monster hunters attending the funeral of infamous monster killer Ulysses Bloodstone (Richard Dixon)—but that’s not all. The funeral takes a quick turn when the invited monster hunters plan to take the throne of the deceased killer through a death match. More specifically, a legendary hunt for a creature they must kill. From what’s been shared so far, you already have the details to know you’re in for the most unexpected moments of the feature.

Marvel hasn’t offered any hints of going down the horror route as the MCU has unfolded for over a decade. At most, we have Doctor Strange in the Multiverse of Madness. Perhaps this is why this “special presentation” worked so well—no one saw it coming.

You know the drill, spoilers ahead!

RELATED: In With the Brand, Brand New: Buckle up for Marvel Phase Five

A new direction into Marvel’s storytelling

From a whopping number of 37 movies in over a decade, the “Marvel formula” has created a name for itself in making a memorable superhero film. This formula has resulted in many movies having a chance at box office success. To let you in on this recipe, we give you the lowdown on the basics of any MCU movie as told by The Science Survey: “intense backstories, light-hearted quips, million-dollar budgets, and heavy computer-generated imagery (CGI).”

In Werewolf by Night, the elements of the formula still remain, but not exactly. For a television special such as this, the budget might not be nearly as high, so there lies an emphasis on traditional sets and making less use of CGI. However, this worked in Werewolf by Night’s favor since it captures the horror and excitement of the old Universal Classic Monsters series. More than anything, this allows viewers to travel back in time with the black-and-white format and enjoy old horror. This approach proves that less is more.

Horror, but make it camp and fun

Spoiler alert: no superpowers! Just a werewolf and… something else. You will discover sooner or later who it is—or more like what it is. Monster talk aside, the brilliance of this standalone lies in its subversion of longtime MCU fans’ expectations. No capes and a lack of true dilemma when saving the day. Werewolf by Night contains old-school horror featuring some mythology from Marvel comics, which is something avid readers are likely to enjoy. It even made me think of watching a few classic monster films. Who knows, maybe you will fall into the rabbit hole like I did!

Beyond Marvel’s take on the macabre, the presentation shows how monsters can sometimes be more human than superheroes. In the same light, monsters can have intellect and empathy while staying unique to their characteristics. Underneath its simplicity, Marvel Studios enhances the timeless feel of a monster story using a vintage black-and-white color scheme, along with the crucial elements of classic horror.

More monsters on the way?

There is no telling if this story belongs to the MCU or if it’ll stay as it is. Regardless of the outcome, the success of Werewolf by Night paves the way for what Marvel Studios can develop and improve on. For upcoming horror-themed stories, supporting characters can have more depth or even a bigger role to play. The screen time of the characters in Werewolf by Night ends abruptly, either in the middle of the action or they get killed eventually. Working on their arcs and the built-up tension can have better execution in the storyline.

RELATED: Breaking Down That Particular Easter Egg in the Disney+ ‘Ms. Marvel’ Series

Either way, Werewolf by Night is a thrilling take on monsters done old-school style. More than the inspiration it takes cues from, it’s exciting to know that Marvel stars on a high with horror stories.

Oh, and one more thing. Be careful when you see a full moon at night. You may never know what monsters may be lurking. 👀

“Werewolf by Night” is now streaming on Disney+.