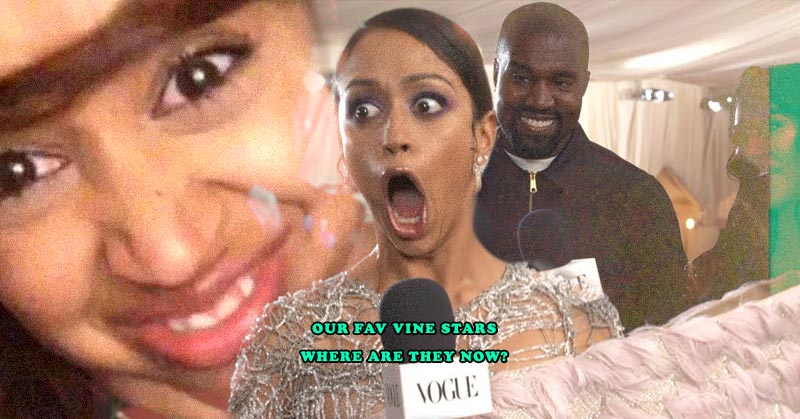 Where Are Our Favorite Vine Stars Now?

These Vine stars evolved from six-second sketches to…

Once upon a time, in the year 2013, there was a whole generation who lived, breathed and ate Vine. It was previously a platform giving you just six seconds and a square frame to maximize your content, and it eventually gave rise to hundreds of memes we still reference now. Does “Merry Chrysler!” ring a bell? What about, “It is Wednesday, my dudes?” After its shutdown, Vine is a thing of the past. It’s a time capsule of the mid-2010s, when times were simpler.

Major content creators from Vine moved to Facebook and YouTube, and continued their careers there. Some gained international stardom while some ultimately fell off the radar and retired from being internet sensations. So what happened to the people behind our teenage meme material? Scroll along to find out.

RELATED: 5 Songs Where the Featured Artist Got Bigger Than the Main Artist

Jay Versace is probably one of the most-remembered Vine stars because of his signature voice, his face and his content. With over a hundred clips under his belt, he amassed a solid following due to his humor. But his rise to stardom from comedy didn’t stop him from trying out different artistic outlets. By 2018, he began creating beats and began posting to his SoundCloud account, which is still alive and thriving. Now, come 2021, the production credentials under his belt are continuously growing as he has worked with Westside Gunn and Tyler, The Creator. We believe that Jay’s musical is about to blow up.

The singer was discovered through his six-second song covers on Vine. It was a platform that was commonly used for the newest comedy sketches, but Shawn Mendes used it to showcase his musical skills. Who knew that this would land him his first EP and spark his skyrocketing career? This brought him to perform with Taylor Swift in some stops of the 1989 Tour. He even got featured in her remix for Lover. On his own, Shawn Mendes has managed to release four albums and hold four tours worldwide as of writing.

Liza’s famous for her extremely hyperactive and exaggerated videos, all to which she reacted to (and called cringey) back in 2016. But if something remained consistent, it was her style of comedy. It grew, morphed and stayed with her as she transitioned into a career that involved YouTube, hosting and television. Her personality wasn’t sacrificed at all, even as she took on bigger roles for Vogue and MTV. Her career is evidence that you don’t need to shed authenticity to get where you are.

Anyone could probably trace Logan Paul’s brand of slapstick comedy back to his Vine videos, which feature him in questionable stunts. His knack for provocation carried over through his YouTube channel, which often becomes the center of attention and controversy. Nonetheless, Logan (and his brother Jake) use it to their advantage. One of his most recent endeavors was going against multi-awarded boxer Floyd Mayweather Jr. in a boxing match. Safe to say he didn’t emerge unscathed.

One of the most wholesome Vine accounts out there would be Trench and his little musical assistant, Maple. For years on end, the two would bring a rush of happiness into our timelines and news feeds whenever their videos appeared. When we needed pick-me-ups, the soothing acoustic instrumentals by Trench and Maple’s excited, adorable and relaxed expressions were there to save the day. Sadly, Maple crossed the rainbow bridge last June 17th. As a tribute, Trench uploaded a tender, tear-jerking cover with everyone’s favorite musical dog.

RELATED: Saved You a Google: We Hunted Down Your Fave TikTok Songs

It’s amazing to see how eccentric personalities made the most out of six seconds and gained life-long careers. Maybe this is the sign for us to shoot our shots at content creation, whether it’s filming that TikTok or jumpstarting a podcast.