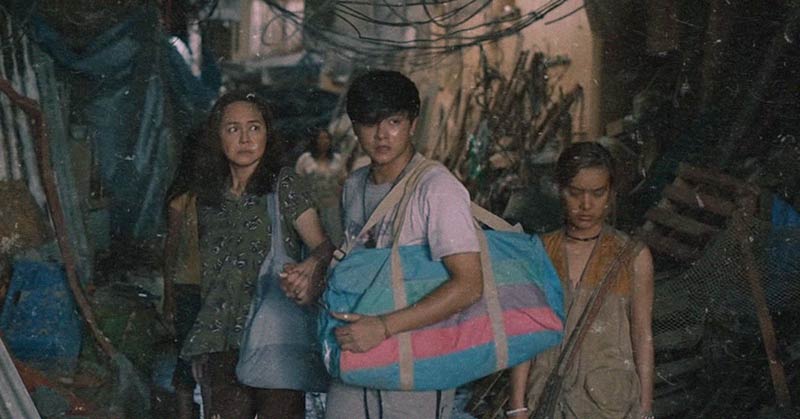 “Whether The Weather Is Fine” Is What Frustrates Me About Resilience

I had heard so much—maybe too much—of Kun Maupay Man It Panahon (Whether The Weather Is Fine). The international accolades, the performances, the direction of Carlo Francisco Manatad…the list goes on and on. And while I’m always grateful when Philippine cinema is lauded by foreigners and international bodies, it was high time that we saw the film on local shores.

Now thanks to the Metro Manila Film Festival, we can.

The film follows the story of three main individuals as they rally themselves in Tacloban in the aftermath of Typhoon Yolanda. (You remember the one, right? It hit in 2013, and is said to be have caused the most financial damage to the Philippines.) We have a mother played by Charo Santos-Concio, her son played by Daniel Padilla, and his love interest played by Rans Rifol. They each want and are searching for something in the ruins of Tacloban—and, in some ways, they each find it.

The first thing I noticed about Whether The Weather Is Fine is how crisp the film is shot. More often than not, the cinematography is dark, and we’re left with a flashlight or a candle to light the way. But despite this, you see every corner. You see every broken home and every dirty face. You see the shambles and devastation in a way that’s uncomfortably unfamiliar. Most of us are used to grainy news clips and videos haphazardly taken with smartphones and likewise shared on social media. What direk Carlo presents is an eye-opening look into the reality of destruction.

And then there is the narrative—all the narratives—which seems entirely bizarre. People refusing to leave the island, stealing from each other, carrying knives and guns for protection or as a warning to others. Some scenes were fully crowded; others were painfully lonely. There were celebrations, fights and prayer, and it all felt misplaced. I kept telling myself: This isn’t how I would be, this isn’t how my family would act, their priorities are illogical.

But it’s this perplexity that makes Whether The Weather Is Fine such a great watch. It is dragging—let’s be honest here—but when has any type of recovery ever been quick and painless?

Direk Carlo tells us that the film, much like every news clipping about Filipinos facing tragedy, is about resilience and hope. And while that might have been the intention, it left me feeling utterly hopeless. Because while the characters ultimately get what they’re searching for, it’s not what I wanted for them. And it’s difficult to watch someone get what they want when you know it’s not what they need.

RELATED: For Your Consideration: Christmas Movies To Watch

But that need is exactly the point. “Resilience should be something that people would know what to expect or what would happen in terms of a tragedy—and then they survive,” says direk Carlo. “We need accountability.”

Typhoon Rai hit our shores just recently, and there are people still living with a question mark on their tomorrows. We are still in the aftermath of our collective and personal tragedies. But is what we want what we need? And when we can’t see the difference under a filter of shock or hopelessness or indifference, shouldn’t we have someone accountable to make that choice for us?

Catch Kun Maupay Man It Panahon (Whether The Weather Is Fine) in theaters until January 7, 2022.