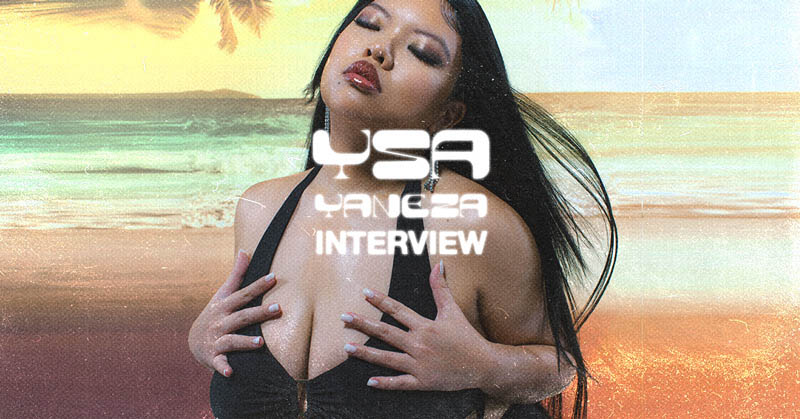 Ysa Yaneza Is Unashamed and Relentless From Here On Out

As the Singaporean-Filipino songstress finds her footing though music, she hopes her listeners can, too

There comes a moment in the life of each young woman where everything just clicks. Sometimes it’s a career milestone falling into place, the perfect, special someone walking into the picture or—for most of us—just a feeling of self-assured confidence finally washing over us. Sometimes it happens naturally, and for others, it occurs after an uphill battle with many different forces. While coming to this point is different for everyone, the feeling of rising from the ashes is universal. Singaporean-Filipino singer-songwriter Ysa Yaneza effectively explores the euphoric journey in her EP, Ysa, a cohesive mix of glittery Y2K pop, 90s R&B and 80s synths.

RELATED: Kindred Is More Than a Supergroup, Better Than a Boyband

Ysa serves as Yaneza’s debut EP, despite the fact that she was releasing singles as early as 2017—one of which caught the attention of Troye Sivan—which means that the release was a long time coming. “I think you need to be [in] a good mental state, [in] a good physical state and you need to have a good support system,” she shares in an exclusive interview with Wonder. Ysa always thought that creating such a body of work only needs the relentless drive to make music. She expounds, “And that’s what I love—I love making music. But I didn’t expect all these other factors to come in.” So now that her eponymous release has made it out into the world after a couple of foiled plans, the singer can’t help but feel a sense of relief and triumph.

Delays aside, the singer believes that things happen for a reason—timing included. In the thick of the pandemic, she met many of her collaborators on Ysa, such as producers Shubu and SOLRWAVE and mastering engineer Stuart Hawkes. “We were all on the same page about the kind of music that we wanted to make: R&B and 2000s and a little bit of 80s synths. It was almost too perfect,” she recounts. But as far as influences are concerned, Ysa Yaneza explains that the EP’s sound represents her life at the time of its creation—playlists included. Think 2004 to 2007 pop music with Paula DeAnda and Jojo leading the way, even down to 80s and 80s icons Selena and SWV.

With the help of stellar production, an eclectic blend of genres and soulfully sweet vocals, Ysa Yaneza comes into her own person in four distinct tracks. The gleaming pop and 8-bit tinges of Jewel explore reminiscing and letting go, while the tropical-meets-retro-futurist 1Nightwithu has Ysa taking all the reigns for the evening. The third track, Jaded, has her turning inward, mulling over the little things that lead to a bad breakup. Jaded’s sound returns to icons we love, like Robyn and Tamia, cementing her as a diva in her own right. Finally, Ysa Yaneza closes the collection with Thinking Of You, a mid-tempo R&B song with sung-rap verses and dreamy harmonies.

The genres that Ysa dabbles in may reflect the music she bopped to at that point, but it also explores the personal transformation she experienced while writing each song. It’s not just about the process of a woman flourishing, but is also of coming to terms with her multicultural upbringing. Moving from the Philippines to Singapore at a young age, Ysa Yaneza was aware that she was different. And while such experiences led her to question and internalize many things, Ysa admits to finally accepting it with the help of fellow Singaporean Filipinos she met on TikTok. “I’m finally okay. I’m not Singaporean enough or not Filipino enough, but that’s okay,” she proclaims, proudly.

It’s this soaring feeling of self-assurance and comfort with herself that allows Ysa to emulate through her music, something she hopes will resonate with her listeners. Perhaps it’s why she named the EP after herself, too. “How I personally feel about my EP represents how I feel as a young woman. I finally feel like I know what I want, and I know my boundaries,” she expresses. “I hope [that] when people listen to [Ysa], they feel they’re living their best life. They’re at a good point in their lives, and [have accepted that] it’s okay that they’ve made mistakes.”

On the topic of New Year’s resolutions and getting our shit together before 2022 ends, Ysa hopes to spend more time with her family, friends and loved ones. Throwing work into the equation, Ysa plans to continue working on more music and video content. But it’s not about pressuring herself to make another EP or mixtape, but rather taking time to do the things she finds fun. “I just try to make sure that I find the balance,” she explains. “I want to make sure I’m still enjoying the process of making the music.”

RELATED: What Went Down in Anne-Marie’s Manila Concert

After catching Ysa perform on PIE, get the chance to catch her live at One Two Three Block, Mandala Park, this December 17th. For more updates, follow Ysa on Instagram, TikTok and Spotify.