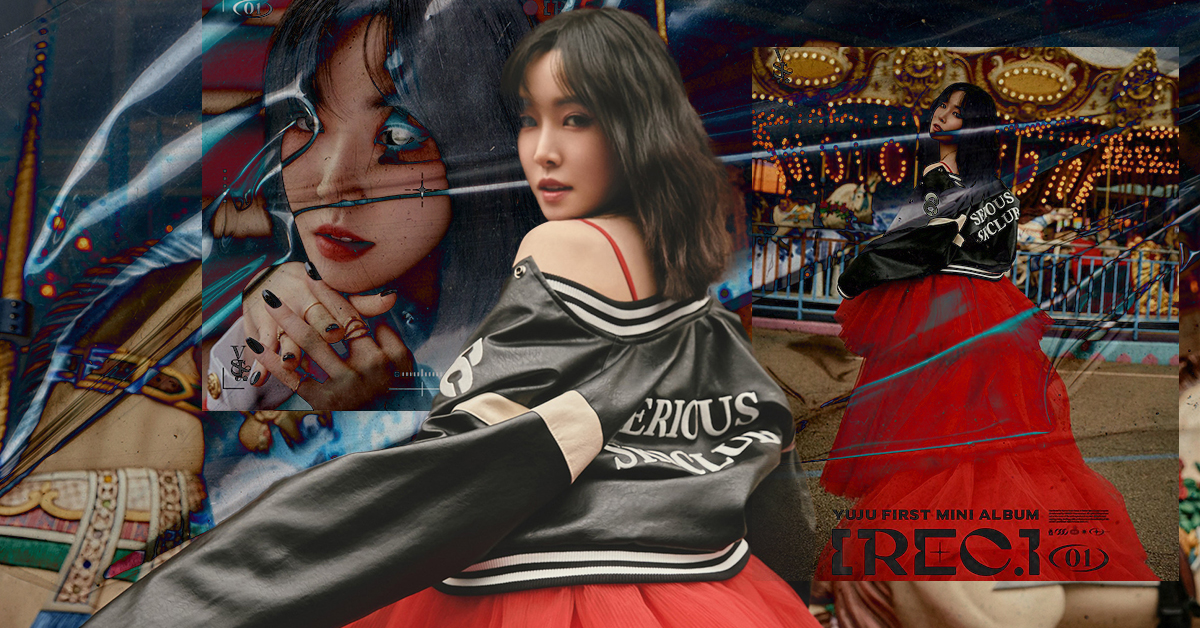 As each new year with K-pop comes, debuts are always aplenty. From fresh talent, the industry and its fans often find themselves giving these hopefuls a shot. With Girls Planet 999 winners Kep1er rocking the stage for their debut, the rebirth of Wonyoung and Yujin in IVE catching everyone’s attention, and GOT7 members Yugyeom, JB and BamBam shooting their own shots, solos and songs are nothing short of abundant. And this 2022, the former members of GFRIEND Yuju will be venturing into the new ground on their own.

After the sultry and magical mystique of Apple, to the soaring disco anthem of Mago, GFriend’s path to a more mature and diverse sound was seemingly close. Disbandment seemed like the last thing on everyone’s minds. But as the inevitable happened, the girls of GFRIEND found greener pastures by going down different paths: Yerin’s yet to make her solo debut, Eunha, SinB and Umji are reuniting in the upcoming girl group VIVIZ, and Sowon is focusing her sights on acting like her fellow peers.

In the case of GFRIEND’s main vocalist Yuju, whose real name is Choi Yu-Na, she is flying solo in this new chapter of her career. Newly signed under Konnect Entertainment, she debuts with a mini-album, REC, and its lead single, Play. Donning a modern hanbok with knee-high combat boots in the music video, Play introduces a new side to the singer who’s taking the lead and marching to the beat of her own drum.

With her sweet voice Yuju is signifying that the EP marks a new era, and opens with a unique genre. Pop punk is an influence K-pop is yet to pick up on (like they did with city pop, anyway), but it suits the singer as she croons about vengeance over guitar shreds in Bad Blood. Yuju retains the edge started here with Play, a smooth R&B track that incorporates the traditional Korean instrument, gayageum. As far as title tracks are concerned, choosing Play is a good move. It’s here where she shows off newfound sophistication, independence, and refuses to be fooled as she sings.

However, Yuju’s ferocity and strong front cracks in the soft ballad that is Cold Winter. The delicate song tells the tale of a lonely holiday. With her lovelorn vocals, Yuju manages to deliver the pain and longing without belting the highest notes. Instead, Yuju hypnotizes with The Killa’s addictive hooks and mellowed-out and sassy beat before bringing the mood further down with Blue Nostalgia.

REC tells the story of a breakup. It explores resentment, anger, pain, and longing as things turn sour. Tracks surrounding this theme often demand grandiose production and extravagant bridges made up of high notes demanding to belt out. But through this mini-album, Yuju attempts to deliver the message without succumbing to industry standards.

While these tracks show Yuju’s vocal prowess, the ballads tapered down a debut that could’ve made a more lasting mark. The experimentation found in Bad Blood and Play could’ve been bolstered by another solid B-side to fully push her arrival as a soloist. But we’re not closing the door on her after this. After all, Yuju’s just getting started. Who knows, REC could be an attempt at testing the waters before emerging stronger than ever. Until then, we’ll be waiting in high spirits.