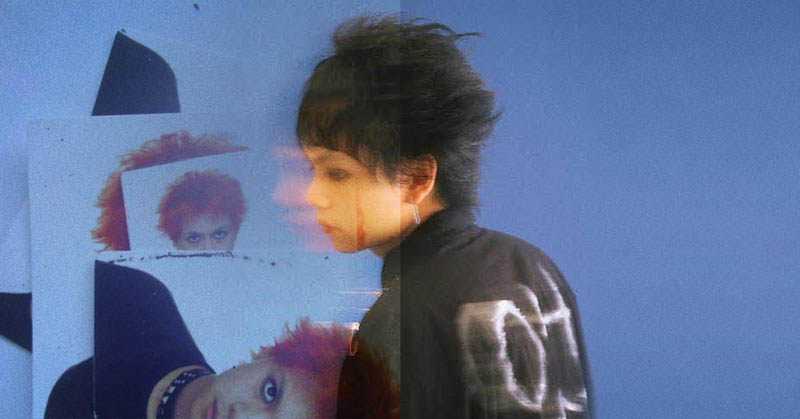 Zild On Flipping the Emo Stereotype and Using Music for Good

We talk to Zild about “Isang Anghel,” “Duwag” and the wonders music can do

We’ve had many a patron saint—nay—excellent examples of productivity even when burnout was at an all-time high and the pandemic forced us into isolation. In the local music scene, we’d like to point to Zild Benitez. Between 2020 and 2021, he released two full-length albums: Homework Machine and Huminga. While many would expect that it’s time to hit pause and maybe lie low a bit, Zild let his creativity flow and continued writing. Now that 2022 is nearing its end, his newest album, Medisina, is on its way.

The first single from Medisina is called Isang Anghel, a track that also serves as the first song he released under his new label, Island Records. In an exclusive interview with Wonder, Zild likens his decision to sign with the company to the use of a megaphone. “Yung mga gusto kong sabihin sa mga tao mas maa-amplify pa dahil may suporta [ako] ng mga tao na nagtatrabaho sa isang label (The message I want to tell people gets amplified better because of the support [I] get from those working in a label),” he explains. “So, my music label is my megaphone.”

Isang Anghel sounds completely different from his previous works, with heavy acoustic guitar strumming that builds up to a cathartic rock chorus. Zild taps into the alternative rock nostalgia of our aughts, referencing Kitchie Nadal, Rico Blanco, Sugarfree and Itchyworms with band-oriented guitars leading the way. The decision to take this musical direction came naturally. Even if he initially drafted the track on the acoustic guitar, Zild realized he misses hearing the old rock songs he watched on Myx, thus creating a song inspired by the era we all grew up in.

In the music video, Zild and his band, all dressed in quintessential gothcore ‘fits (just as he was during #WonderAtThe4), performing for a crowd of the same likeness. Despite the blank stares, emotionless finger hearts and a seemingly unreceptive audience, everyone jumps and moshes to the soaring chorus that yells, “Ayoko munang mamatay ngayon (I don’t want to die yet)!” Initially written in English, the lyrics were translated into Filipino because they sounded “less corny.”

The all-black looks, smudged eyeliner and loud brooding that comes with the label “emo” often lead outsiders to perceive the subculture a bit negatively. There always seems to be an attachment of sadness and self-loathing to it. But with Isang Anghel, Zild flips the stereotype. “I don’t promote [this], but may misconception sa emo na suicidal, malungkot at depressed (I don’t promote this, but there’s a misconception that emo people are suicidal, sad and depressed),” explains Zild. “So gusto kong i-divert [yung message] (So I want to divert the message). It’s also cool not to want to die, cool rin na masaya ka ngayong araw na ‘to kasi may nakilala kang tao (it’s cool that you’re happy today because you met someone).”

RELATED: Wacken Metal Battle: Everything That Went Down at Amoranto Stadium

The second single from Medisina manifests in Duwag, a track that’s a little more laid back. Zild describes the song as one that appears on a coming-of-age film’s credits when the wind brushes against the protagonists’ faces. The tunnel scenes of The Perks of Being A Wallflower (2012) and Fallen Angels (1995) guided the song’s musical direction, with Zild wanting to write a song that’s best listened to while passing through the roads of Skyway.

It comes as no surprise that Zild Benitez uses his platform to send out important messages. He tackles mental health in Lunod with Ben&Ben and JK Labajo, and discusses misguided nostalgia in the unreleased Dekada 70. The singer muses that sometimes, music is an effective tool to get his words across, especially to people with opposing sentiments. “Minsan kasi kapag words or phrases lang, parang auto-defense, ayaw nila pakinggan (Sometimes if we use words, they go on auto-defense mode, they don’t want to listen),” he explains. “Pero kapag music, dahil may melody at beat, pwedeng tumagos sa subconscious nila hanggang sa ma-realize nila kung anong ibig sabihin nung kanta (But with music, since it has a melody and beat, it can stay in their subconscious until they realize what the song means).”

Of course, Zild Benitez has many more tricks up his sleeve. Duda, his third single, just dropped as we count down the days until Medisina comes out. Zild will also celebrate its release with the Gabi Ng Paniki Halloween party on October 29. He has a little invitation for those hoping to join him: “Let’s make it the biggest costume party gig ever this 2022!”

“Medisina” officially comes out at midnight on October 28. Get your tickets to “Gabi Ng Paniki: A Halloween Party + Medisina Launch” on Indie Manila’s website.