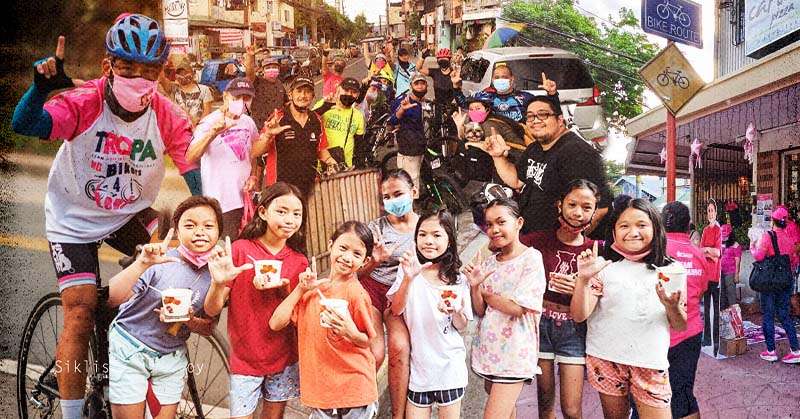 Dispatches from the Ground: The Election Campaign which Launched A New Brand of Volunteerism

“House-to-house” has become popular in this Election Campaign. A volunteer narrates his experiences on ground

My Papa Jun is turning 60 in August. Before Vice President Leni Robredo filed for her presidential candidacy in October of 2021, he, along with others from our hometown, joined the volunteer group Bikers for Leni. Among his peers, my father has received the nickname “Spiderman,” because he takes on the grueling work of putting up tarpaulins—usually with a gun tacker in hand and a ladder in another.

When my father comes home after a long day of doing house-to-house campaigns all over our city, he can barely grasp his hands. His glistening skin is shades darker, after being under the blistering sun for hours. My mom jokes, “He’s barely recognizable!”

Unbeknown to me, there is a term for this manner of campaigning, which has gained immense popularity during the last few months. “Marites,” a play on the Tagalog phrase “mare, anong latest (girl, what’s the latest)?,” is what people use on ground while doing house-to-house campaigning. “Nagmamarites ka?” Usually a term that implies gossip, mostly among females, has evolved into something with purpose. 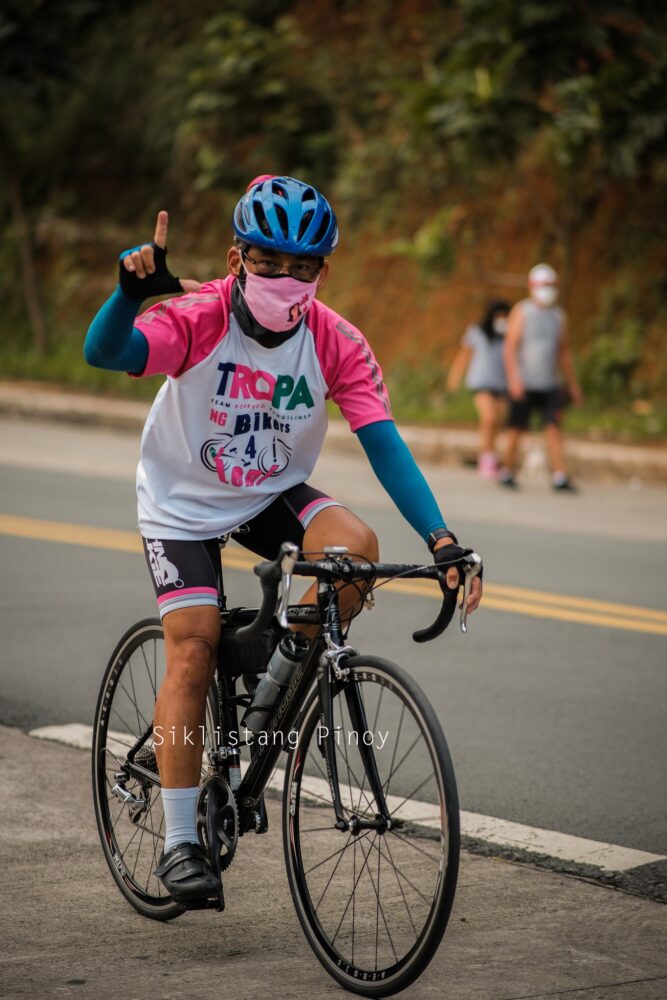 During the early stages of campaigning for his, for our, president, my Dad and his newfound allies, received very hostile responses from individuals. It was disheartening, to say the least. He narrates, “Dati, may didikit sa’min na mga motorcycle, sisigaw sila at tatakutin ka nila. Kahit nga sa bahay natin, nung nagkabit ako ng tarp sa labas, kapag may dumadaan na mga bata, kung sinu-sino, may sumisigaw na ‘lugaw!’ (Before, motorcycle riders would drive past us, and they would shout and scare you. Even in our house, when children or whoever, would pass by it, they would shout ‘porridge!’” Lugaw is a trademark of Leni Robredo’s campaign, served during her feeding sorties for the hungry.

Many people these Bikers for Leni chanced upon would question their integrity, too. “Magkano bayad sa inyo? (How much are you being paid)?” “‘Wag kang papasok dito, may mga aso divan! (Don’t enter here, there are dogs!)”

As volunteers, all of the campaign material of Bikers for Leni members are individually funded by them. My Dad and his friends would give away paraphernalia like arm sleeves, masks, t-shirts, ballers—practical items others, like tricycle and jeepney drivers, vendors, could use in their every day. They also give out comics, which showcase Leni Robredo’s story. My Dad reveals, “Ang dami sa’min, nakausap mo na sila, ‘pag talikod mo, crinumple na ‘yung comics at tinapon.  Pupulutin na lang at aayusin namin (Others who you’ve already spoken to, when you turn your backs, they crumple the comics and throw it away. We just pick it up and fix it.)”

Over time, many eventually softened their hearts to these volunteers for Leni and her running mates. They are especially grateful when my Dad and his allies return for the second time. He shares, “Napakahalaga sa kanila na sinabi mo na babalik kayo (It’s so important to them that you say that you’re going to return.)”

After months of campaigning and Election Day coming up, my Dad has learned so many things from doing house-to-house campaigns. First and foremost is to get on their level. He expounds, “Kailangan lumevel ka sa kanila. Kailangan nauunawaan ninyo kung ano ‘yung pakiramdam nila, dahil hindi sila pinapansin. Parang ang dating, ang tingin nila sa sarili nila, manggagawa lang sila, nasa laylayan sila. (You have to get on their level. You have to understand what they feel because they are ignored. For them, they think they’re only workers, and they’re on the edge of society.)”

Your choice of words also does wonders to reach more people. Don’t attack other camps, instead uplift your own. It’s very important to intentionally reach out and educate voters personally because you get to hear their stories and their struggles. My Dad notes, “Mas lalo mong maiintindihan ang kalagayan nila, at alam mo kung ano pa bang pwedeng itulong para gumaan ang kanilang buhay (You get to understand what they’re going through and you know how else you could help so their life could get better.)”

For my father, election season has granted him one full-circle moment after another. As a salesman in his younger years, he would put up merchandising materials like streamers in sari-sari stores and palengkes (wet markets) all over the country. He would speak with many people in impoverished areas and listen to their stories. He exclaims, “Gagawin ko rin pala ulit ‘yun (I’m doing it again)!”

I see the joy my Dad has gained over the past year. This is the first time my father campaigned for any candidate in his lifetime. He adds, “Nilagay ako ng Diyos sa kampanyang ‘to kasi alam Niya na ‘sanay ka na divan, eh!’ (God put me in this campaign because He knows, ‘you’re already so used to this!’”

May the good works of my father’s hands not be in vain.