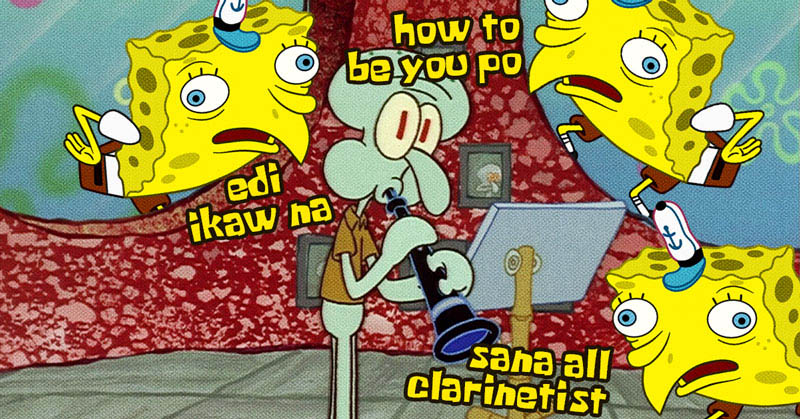 Why Are These “Smart” Hobbies Considered Elitist?

Why do we ostracize others for reading a book, learning a new language or engaging in other “seemingly elitist” hobbies?

“Ikaw na (Go you),” “edi wow” and “bobo na ako, sige na (okay, I’m an idiot)” are popular Filipino phrases that seem to have found their place in everyday conversations. They often follow any declaration of achievement—graduating with a degree, winning an award or landing a job—yet are the opposite of congratulatory. But why do they come off elitist?

Anti-intellectualism is a familiar aspect of Filipino culture that is demoralizing yet remains rampant across social media and even educational spaces. The nuclear Filipino family abides by one central value—togetherness. So why do we ostracize others for reading a book, learning a new language or engaging in other “seemingly elitist” hobbies?

RELATED: What Learning a New Language Does to Your Brain (and the Different Language Schools in Manila You Can Apply To)

The history of hobbies

The word “hobby” was first documented in the 16th century, and it referred to a “small horse and pony.” Hobby horses were common in English households and were intended for children to entertain themselves and pass the time. Throughout the 17th century, hobbies were considered a “childish pursuit” until industrial societies in the 18th century, when they became “pastimes” (names as they were meant to pass the time).

As people began to open up more hours for leisure, the pursuit of worthwhile pastimes became common. Since then, the notion of developing a hobby has become more respectable and less associated with negative connotations.

According to Merriam-Webster, hobbies are somewhere in between work and play. In some ways, they are a form of work, but merely for enjoyment—not compensation.

RELATED: Beyond the Hustle: Why You Need to Revisit Your Hobbies

So you read for leisure—is it elitist?

Chances are, you developed a hobby during the pandemic. After all, you were likely stuck at home. Perhaps you learned to play an instrument, felt more at home in the kitchen or developed a newfound appreciation for classical music.

So, why is it embarrassing to have spent your free time reading Proust? Why is it a terrifying prospect to admit that you can finally watch anime without the help of subtitles? The answer is more straightforward than you’d anticipate—you’ll have to understand how something is presented.

Consider this: in your spare time, you decide to immerse yourself in classic literature. However, you find yourself struggling to understand its context. Do you continue to read the book, or do you stop? Some will opt out. After all, why waste your time on something that one, doesn’t benefit you and, two, you don’t understand? Others will persist, assuming they have the time and resources to do so.

Many will consider the latter an “elitist” decision. For what reason? Because certain hobbies demand free time, a certain level of understanding and open-mindedness that some people simply do not have.

Smart-shaming and anti-intellectualism are everywhere, but what makes them more present in Filipino culture? To better understand this phenomenon, we’ll have to travel back to the pre-colonial Philippines.

The American colonial period in the Philippines encouraged a culture of mistrust against individualism associated with education. Only Filipino elites could afford to go to school. This “fear of intelligence” has carried itself into the 21st century, where 51.1% of 45 participants in a survey claimed they were of above-average intelligence but would never dare admit it.

Perhaps this makes the Filipino value of “togetherness” potentially dangerous—if others can’t achieve a certain standard, neither can you (nor should you).

In particular, Millennials and Gen Zers are most subject to exclamations of “dami mong alam (you know so much)” and “ikaw na magaling (you’re the all-knowing one)” because of how easy it is to hide behind a screen. Online forums like Reddit continue to feed hobby elitism, pushing the boundary further by gatekeeping specific topics.

Nowadays, you’ll be hard-pressed to find an online niche community without a plethora of unreachable standards. So how do we begin to dismantle this toxic way of thinking?

Develop a hobby for YOU—not anyone else

Developing a hobby should not have to be performative. In the early 20th century, historian Steven Gebler promoted hobbies to “shed the old stigma of eccentricity” and enrich one’s life with meaning.

Granted, not every hobby is accessible to everyone, which isn’t to say that you are lesser for engaging in a hobby more within your reach. Anyway, different hobbies serve different purposes. In a Psychology Today study, hobbies were proven to provide a positive psychological impact.

Engaging in pleasurable activities can improve well-being by lowering blood pressure, providing opportunities to become physically active and preventing anxiety, among other things.

While the elitist “ikaw na” mindset of many Filipinos may be challenging to dismantle, there is ample evidence that we are moving towards generational acceptance and support. Tying back to the Filipino core value of togetherness, perhaps the goal isn’t to hamper thinking but to encourage it. After all, our roads and corners are not called magaling (great), marunong (knowledgeable), matapat (honest) and malakas (strong) without reason!