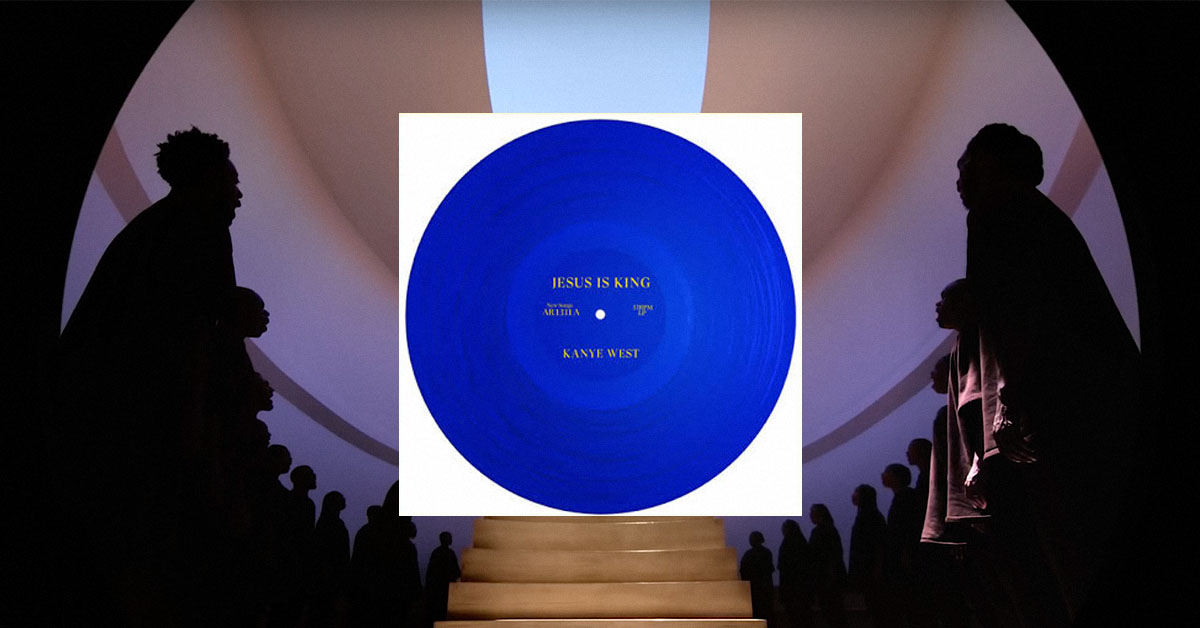 Kanye West Displays His Spiritual Awakening in Jesus Is King

From Yeezus to Jesus, who really gets a say in this man’s salvation—or anybody else’s for that matter

Days before Kanye West performed at Houston’s Lakewood Church, he visited a county jail in Texas with his Sunday Service collective. (Famed televangelist Joel Osteen’s controversial prosperity gospel movement is for another entry altogether.) He rendered an intimate and emotional performance for male and female inmates, holding out his hands to be in communion with them. This is reminiscent of my Catholic upbringing where a priest would lay out his hand to signal a giving and receiving of blessing—as if the higher our hands were raised, the closer we were to heaven. Now that I am a professing Protestant, it symbolizes a deep-rooted surrender to something greater than myself.

In 2004, Kanye West penned the song Jesus Walks, which later won a Grammy in the same year. In it, there is an inclusive message: Jesus walks with everyone—strippers, murderers and drug dealers alike. And yes, Jesus even walks with a spirited MAGA cap-wearing believer who, at some point, publicly declared that “slavery was a choice.” This is the Jesus of the Bible; I would like to believe so—or my faith would be worthless.

A few weeks ago, the rapper released his ninth studio album—a Gospel-centered one at that—entitled Jesus Is King. He has never shied away from talking about religion in his music. This has caused a spike in people Googling about Christianity prompting his staunch following to search “What does Kanye believe?’’ The American Bible Society has given out 8,800 free Bibles to his fans all over the world who are curious about his faith. In 2009, John 3:16 became the top Google search—94 million searches to be exact—in the US as professional baseball player Tim Tebow inscribed it on his face. It was labeled “The 3:16 Game.”

From “I am a God” to “Jesus is King,” there is a stark contrast between these two declarations; one would be surprised these are statements, which come from the same individual. (Well, let’s not forget that biblically, the apostle Paul used to persecute Christians prior to his conversion.) Kanye West’s gospel record is a sobering look on his spiritual awakening—a rediscovery of Christ years in the making. I believe this is a cause for celebration.

Described as a “pop-up worship experience,” the Sunday Service experience is what I imagine Heaven will look like. It features a two-hour production featuring gospel-inspired remixes of old songs and a selection of songs from his latest album. His collective, directed by Jason White, is the actual pinnacle. In another instance, at the pulpit of the biggest church in America—with an audience of 16,000—Stevie Wonder’s Overjoyed, SWV’s Weak and Destiny’s Child’s Say My Name were sung. “Call His name, call His name whenever you’re in trouble and you’ll start to stumble, there’s power in His name.” This is reminiscent of his old music.

In Hands On, West sings “What have you been hearin’ from the Christians? They’ll be the first one to judge me, make it feel like nobody love me.” He earnestly pleads, “Please pray for me.” What do we make of celebrity conversions—and why does it spark such controversy?

When one goes through a genuine encounter, it almost feels like a “performance.” There is a mix of cynicism and suspicion instead of celebration. When one goes through a rebirth, it doesn’t make sense, most especially to the outsider. To wrestle with God—and meaning—is to question; why else were we presented with free will? You will grow up with a knowledge of God, but knowledge alone cannot sustain one’s faith. You make a daily choice to feed it and nurture it. I can attest to this because I’ve gone through a revival myself.

A collective feature of this society is the exasperating “cancel culture” where celebrities—and normal citizens alike—can publicly be humiliated for the worst thing they’ve done and/or said. It’s as if we’re incapable of change—when it’s the only constant thing in this life. A few weeks ago, Barack Obama called out this phenomenon. “The world is messy. There are ambiguities. People who do really good stuff have flaws…That’s not activism. That’s not bringing about change. If all you’re doing is casting stones, you’re probably not going to get that far. That’s easy to do,” he shares. This is a toxic trait instigated by the self-righteous who have too much time on their hands.

Kim Kardashian-West has added to her long list of accolades soon-to-be lawyer. (Let’s not forget her late father was OJ Simpson’s defense attorney.) Such is life, you do not have to conform to people’s perception of you. You are not limited to who you were yesterday. If people can’t wrap their heads around your change, let your character speak for itself.

Kanye West is set to premiere a Christian opera this month called Nebuchadnezzar—a king from the Book of Daniel—and a sequel to his hit record aptly named Jesus Is King II, his first collaboration with famed rapper and producer Dr. Dre. But frankly, why does our approval matter? Let the man be.

Stream Jesus Is King on Spotify.

RELATED: Building A Haven for the “Unchurched” from the Ground-Up: A Look Inside Favor Church