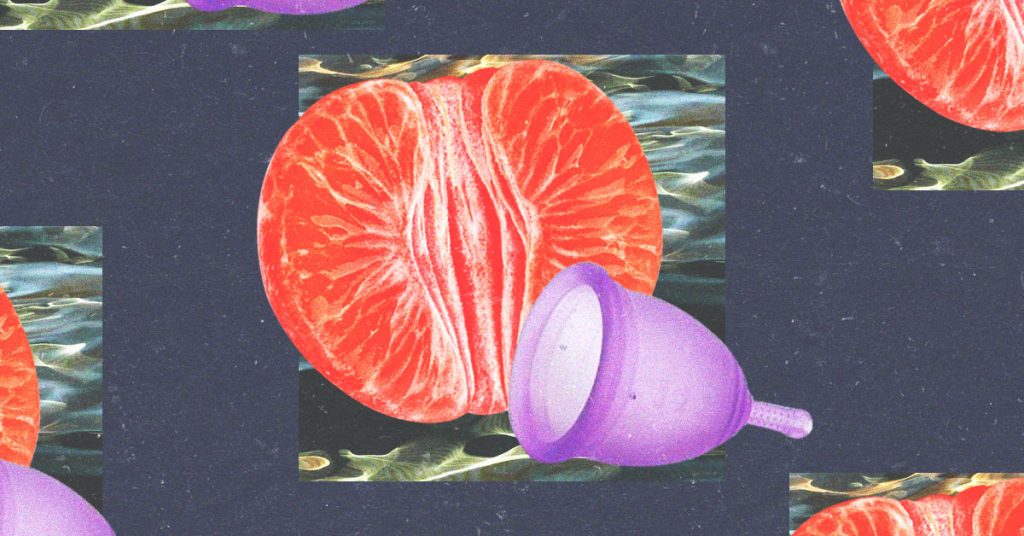 The Menstrual Cup: What It Is & Why Women Swear By It

In recent months, the menstrual cup (a.k.a the diva cup), has been on our radar mainly because the women that use it cannot seem to stop raving about it. Very rarely have we come across someone that actually used it and went back to pads or tampons. So for those of us that just cannot get over the undeniable gross factor, here’s the real deal.

The menstrual cup is a bell-shaped instrument worn inside the vag during a woman’s period. As opposed to absorbing the blood, the cup collects it before it hits or stains anything else.

The truth is that menstrual cups have been around since the 1930s and came to light because women were looking for alternative options to keep things clean. And yet, it wasn’t until recently that it started getting on the reins of mainstream use.

How do you put it on?

Step 1: Press the sides of the cup together so that it folds into a tight u-shape.

Step 2: Insert into your vagina

Step 3: Push the cup further inside the canal towards your pubic bone (but make sure that the stem is no further than half an inch inside)

Step 4: Seal the cup by rotating it while holding the base of the cup.

Step 5: Removal is just gently pulling on the stem until you can get your hands on the base. Afterwards, pinch it slightly to get a grip and pull down.

Step 6: Rinse it out with water (and soap if ready for storage) Why are women averse to it?

Changing routine is hard for anyone, especially if it means exchanging established and fuss-free practices for the messier (oddly) unconventional option. There’s no going around the mindset that slapping on a pad or inserting a tampon is so much easier than having to maneuver a silicone cup inside a place you normally leave alone.

The idea of reusing something that catches your period might be hard to wrap your mind around as well. With a pad or a tampon, you use it and throw. With a cup, you wash and reuse. Not everyone’s cup of tea, huh?

Everyone tries to sell the idea of a menstrual cup in that it is safe for the environment and because it’s the more financially sound option. But if you aren’t that conscious about those things, you’ll never join in on the “fun.”

So here it is: Menstrual cups are just the safer option. There are no chemicals used in the making of cups, so you’re saving yourself the risk of inserting things like bleach rayon, dye or BPA (which is an industrial chemical) into your body. You also lessen the chances of Toxic Shock Syndrome, which is a bacteria-spurred illness that can kill you. Not to mention, it doesn’t dry you out and cause rashes either.

The honest truth: It sucks at the start

It takes a bit of practice to get into the groove of inserting and removing the menstrual cup. There will likely be disgusting and downright grotesque spills during those first few uses—especially if you’re a bleeder. You will feel weird and uncomfortable when you insert it, you will feel strange when you remove it. It will be an odd situation when someone sees you boiling your cup in a pot of water; you will never want to use that pot for anything else.

And you will have to constantly remind yourself that there is a light at the end of the tunnel.

So should you try it?

Plain and simple, the answer is yes. Try it. Because once you get over the idea of it and just do, your world will change. You will realize that there is a better option out there and that it isn’t that much of a difference—apparently.