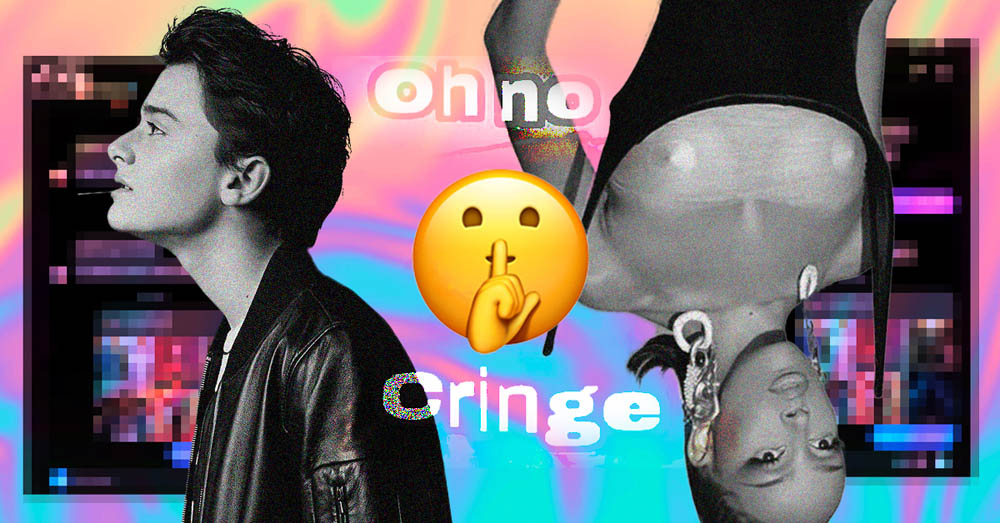 Should We *Really* Be Sharing Private Conversations Online? Millennials Gen Z-ers Weigh In

When talking about laughs and clout, should private convos go public at all?

In case you’ve been avoiding headlines for your mental health (or it isn’t of any general interest to you), Doja Cat found herself beefing with Stranger Things star Noah Schnapp. TL;DR, Doja Cat slid into the teen actor’s DMs, asking him to hook her up with his co-star Joseph Quinn. Now, Noah posted the exchange thinking it was a silly little chat, only to get a violent reaction from the rapper for posting a private conversation. While the two have settled everything privately, the internet seems extremely divided on the issue. Until now, people continue to talk about who’s wrong and who’s right.

If we look at the bigger picture, sharing screenshots of private conversations online appears to be a common practice in the age of social media. Sometimes it’s for seeking accountability. For others, it’s to share enlightening, funny and meaningful news. In the case of Doja vs. Noah, we could see that it’s a just-for-laughs situation that quite got out of hand. But it got me thinking about how social media normalized sharing private conversations. Could this be a generational thing? Do Millennials and Gen Z-ers have different, unspoken rules about internet etiquette?

Instead of mulling over this by myself, I rounded up a couple of Millennials and Gen Z-ers and asked them to weigh in. No, not about the beef. But more on some generational differences in keeping our favorite conversations ~private.

On posting private conversations online (and any repercussions): I have, mostly with friends and my brother. I don’t recall it being something we fought over because it’s usually just the funny stuff, nothing ~too~ private.

On internet etiquette: [Sharing private conversations] does seem like it’s a thing people do on social media, but I think we should still draw the line on what can be shared publicly and not.

On millennials and Gen Z-ers having different approaches to internet etiquette: To an extent, yes [there is a difference]. Simply because Gen Z-ers are more native to social media than millennials, and they’re more—for lack of a better term—liberated when posting stuff online. But that’s just me as a millennial.

On internet etiquette: I think [sharing on social media] depends on the context of the conversation. If it’s funny and doesn’t harm or put a bad light on the other person, then it should be fine. But also, always ask. Consent is important nga, diba?

On millennials and Gen Z-ers having different approaches to internet etiquette: Yes! I think while millennials are attuned to social media, we still hesitate about sharing everything. I feel like it’s a free-for-all with Gen Z.

On posting private conversations online (and any repercussions): Yes, usually funny stuff but with the permission of the people involved. I ask if 1) they’re okay with me posting and 2) if they’d like their names blurred.

On internet etiquette: I think okay as long as the people in that group chat are aware. It’s a different situation if it’s more serious or depending on the context.

On posting private conversations online (and any repercussions): Yes. Most times, it’s not met with a lot of attention [since I post] just for kicks. The worst was when I posted a very sensitive conversation from the family group chat about the elections on my public Twitter account, and my relatives found them. I didn’t bother censoring their names, so I guess I got what I deserved. But the incident did push me to deactivate my main account and make a new, more lowkey account. (See also: very traumatizing.)

On internet etiquette: I learned a lot about posting convos online and the consequences they could bring. The less serious conversations gaining popularity these days are very entertaining, though. I think they show just how funny ordinary Filipinos can be. It’s generally harmless as long as it doesn’t degrade anybody.

On millennials and Gen Z-ers having different approaches to internet etiquette:  Yes, definitely they do. Gen Z-ers are more attuned to sharing anything. The trend is more popular among them anyway. Also I think Millennials are too busy to be this wired in all the time lol.

RELATED: Online Etiquette At Work and Why It Matters

From the Gen Z-ers:

On internet etiquette: I think no matter how serious or not the conversation is, consent is still needed before posting it, especially with some people’s nature as individuals with huge followings.

On millennials and Gen Z-ers having different approaches to internet etiquette: Yeah, I think Gen Z-ers take these kinds of situations less seriously than Millennials. Although we see funny excerpts from conversations going viral in different Facebook meme groups and the like, it’s really something that Gen Z-ers find humorous.

On posting private conversations online (and any repercussions): Yes. It didn’t instigate an issue because the topics discussed in the screenshots were not exactly private, confidential or anything that would cause harm. In most instances, I post screenshots to a platform only visible to a few close friends, which helps lessen possible consequences. I still make it a point to ask for consent before posting private conversations.

On internet etiquette: I think the best way to ensure that posting these conversations online would not result in backlash is to ask the parties involved in the conversation before publicizing it. It’s also important to check if the content of the conversation is appropriate to be seen by the general public. It’s always better to be critical in an age where everything you do online can be used against you.

On millennials and Gen Z-ers having different approaches to internet etiquette: I think Gen Z-ers and Millennials have different approaches to social media in general. Practices such as posting screenshots may be standard for Gen Z-ers. However, it may be uncomfortable or unusual for millennials. I think it depends mostly on the context of the conversation and the culture the people involved are used to and comfortable with.

On internet etiquette: I believe that there exists a certain line that should be drawn when it comes to posting private conversations. We should normalize asking before posting. However, the less serious ones should be taken lightheartedly.

On posting private conversations online (and any repercussions):  Yes, [I’ve done it] several years back, if I’m not mistaken. It was honestly just a lighthearted thing about something funny, and I think I posted it on Facebook. It was a time when the world felt small, so I didn’t think twice about posting stuff like that.

On internet etiquette: Other than asking for consent, I would probably think twice about how it would affect the other person first. I would remove the names just to keep things safe unless it was someone I’m close with.

On millennials and Gen Z-ers having different approaches to internet etiquette: Yeah, I’ve noticed that many people my age or younger tend to overshare things on Tiktok without considering the other party.  Honestly, most of them are funny HAHA!

RELATED: Sony’s ‘Morbius’ Gets Resurrected By Memes But Flops Upon Its Return To Theaters

After the conversations, we can see a difference between Millennials and Gen-Zers in how they handle the internet. Millennials prefer keeping it lowkey. Some adopt this approach because of previous experiences, while others chalk it up to how they grew up with the internet. After all, they had to sit through many lectures on internet safety. Meanwhile, Gen Z-ers use social media and technology pretty liberally, whether it’s (over)sharing about their lives or inventing new ways to bring out their humorous sides. So things can go awry when both individuals aren’t exactly aligned.

But if there’s one thing they can all agree on, everything boils down to consent. We live in an era where we can capitalize on anything and everything, including the humor in our little circles. So do the due diligence and ask everyone involved first if they’re okay with it going public before going to town. You’ll never know what could happen.