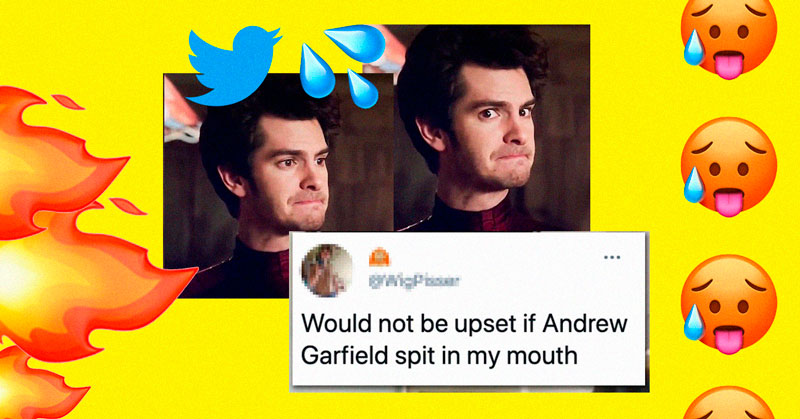 Having People Read Thirst Tweets About Them Is Actually Weird

Should we *really* be doing this?

As a chronically online individual, I’d like to believe that I’ve seen almost everything on Twitter. I’ve been on the app since 2012, when microblogging literally meant going on the family computer and just typing in acronyms and analog emojis like “JTAB :P” and “JGH <3.” I’ve overshared and exposed myself way too many times, having over 10 accounts under my name at the same time to switch personalities. And in all corners of the platform, I could never escape the clutches of thirst Tweets.

From the heavily censored and violently descriptive to the ultra graphic, I’ve seen it all. A lot of the users loved maxing out the 140 and 280-word count the platform keeps in place. Some Tweets were funny, but others were downright uncomfortable. At least most of the users in my timeline were gracious enough to censor the names of the objects of their affections, but there exist users who didn’t—and still don’t. But everyone understood one thing then: with the number of mentions these celebrities receive on the daily, the NSFW Tweets can and will stay largely hidden. So it continues to thrive in the space.

But then came BuzzFeed with their eagle-eyed creators. What started with listicles became a long-standing video series of celebrities reading thirst Tweets directed to them, so no callous Twitter user was safe anymore. Let me peel back the layers on this popular form of content and entertainment, where exposing public figures to Thirst Tweets isn’t only weird, but is disturbing.

Honestly, expressing one’s thoughts, no matter how shallow, deep or unhinged, became the charm and allure of social media. Anything and everything goes in these spaces as all sorts of content can exist and remain. Some thrive and go viral, others don’t. Questionable and problematic ones can get reinforced or dogpiled on, depending on what space it stays in and the audiences it reaches. But with the vast digital village, a lot of problematic behavior gets left unchecked.

But the thing is: if we feel iffy whenever someone verbalizes their NSFW thoughts involving us, why do we expect celebrities to take it all in stride? Why does society feel so entitled to these public figures’ bodies?

On Amplification and Toxic Masculinity

It’s one thing that content about unspeakable acts continues to thrive in the space. But to create an entire video series capitalizing on discomfort for entertainment? Maybe we should reevaluate what we subject public figures to. After the #MeToo Era and visible pushbacks against sexual harassment, there seems to be general care in approaching cisgender women. Don’t get me mistaken, this is absolutely a win. The Tweets read by women stars, like Jessi and Jennifer Lopez, fell under the category of compliments, while others also aligned with their openness and self-expression. But then cisgender men appear in the series, presented with the wildest thirst Tweets. Why is it even normal? Just check out the difference between JLo and Maluma:

Even Hasan Minhaj opened up on feeling uncomfortable while shooting the video in Deep Cuts. Shawn Mendes, who purposefully chose not to read two NSFW Tweets, muttered, “I’m sorry. There’s a line, and she crossed it.” He even quipped, “You guys dug for the worst ones, didn’t you?” People expect cisgender men not to feel uncomfortable or violated. Instead, they see it as entertaining when they play along with the jokes, no matter how disturbing. Doesn’t this reinforce toxic masculinity, where cisgender men should take all sex-related things in stride because it’s in their nature? Factor in the presence of a camera, these celebrities can’t exactly say no or react to it unless they want their images affected. But we feel that they’re incredibly uncomfortable with some.

RELATED: Being an Asian in America: Has It Really Changed Over the Years?

TL;DR: such content will remain no matter how often we call them out. But actively seeking out the worst of the worst to add spice to your content that objectifies your subjects and causes discomfort? Maybe you need to check yourself as a creator. At least BuzzFeed continues mixing creative and poetic compliments with the Thirst Tweets. But when the incredibly NSFW ones worm their way into a wholesome video, maybe we shouldn’t subject public figures to weird-ass fantasy between them and a person they’ve never met. Don’t be the unnecessary and uncomfortable bridge.

However, the existence of Thirst Tweet reading videos could also serve as a cautionary tale for the average Twitter user. No Tweet is safe from the eyes of your favorite personality because once it’s up in the cloud, your content becomes free game. So pick the words you blurt out on the internet, lest you want to be an unforgettable memory in the worst possible way. Scream about wanting to take them out for coffee or admire their body in a totally SFW way. Just don’t type something you wouldn’t want to receive yourself.