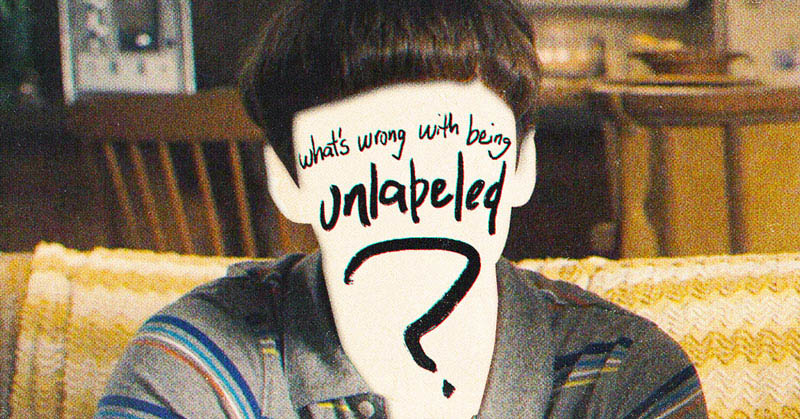 There’s Nothing Exactly Wrong With Being Unlabeled…Right?

Spoiler alert: yes, there’s nothing wrong at all

In an era where we wear our truths loudly and proudly, everyone continues to give themselves a label. An identifier that validates their sense of self. Human beings continue to put a name on their qualities. They know how to describe themselves, encapsulating years of self-discovery with a word they strongly associate with. Of course, this is a beautiful thing. We continue finding ways to understand ourselves and others further. However, as one of our writers previously mentioned, we tend to obsess over putting labels on ourselves and others. Allow me to argue that in terms of sexual orientation, there also exists an unspoken pressure to subscribe to one. But what about individuals who prefer identifying as “unlabeled” while they continue questioning their SOGIE? How about those who still can’t find a label that describes them?

Don’t get me wrong. The “Q” in LGBTQIA+ means “queer” and “questioning,” and many people recognize that discovering one’s sexual orientation is a journey. Moreover, they understand that human beings often change their minds or choose another label the more they learn about themselves. But, personally speaking, mentioning to people that you’re “questioning” or don’t use a definite title invites a lot of unsolicited poking and prodding. Strangers and acquaintances want to get to the bottom of my sexual orientation. They’re not satisfied with just knowing that I currently like men and women, and I’m open to the possibility of feeling attracted to more.

It’s been five years since I came out. At the time, I recall having a long discussion with my college friends as they tried to sort out my own sexuality—as if it’s easy to determine immediately. I remember telling them point-blank: “I don’t know what I’m supposed to call myself, but I do know that I like both girls and boys.” Surprisingly, it needed a debate. They looked up definitions of the labels in the LGBTQIA+ acronym, and tried to fit me into a box. One chimed, “Ah, what if you’re a pansexual?” While another quipped, “Maybe bisexual? Who do you like anyway?” It was a tiring conversation, to say the least—I had already come to terms with liking women and men. So why was I supposed to figure out a label in that same hour?

After realizing that this won’t be the first of many coming out conversations of people trying to “help me out,” I looked for a copout. So I gravitated toward identifying myself as bisexual. I fit the glove anyway; I’m someone attracted to men and women. Perhaps it’s with the crowd I usually roll with, or I’m stuck in a bubble. But they often nod and shrug when I give a definite answer. Telling them, “I’m not sure yet,” opened a black hole of discussions that I didn’t want to partake in. However, I knew that “questioning” or “unlabeled” best described me in the back of my head. Why did proclaiming it feel like a sin, though?

As I got older, I realized that I could only hide behind a label that wasn’t mine for so long—telling others that I’m bisexual makes me uncomfortable. Not because I refuse to be associated with them, but because it makes me feel like I’m trying to be someone I’m not. For someone whose list of romantic experiences with both men and women rivals an ATM receipt, I discovered that the journey to fully understanding my sexual orientation is still lacking. It’s not enough yet for me to subscribe to a label. Figuring themselves out may come naturally to others, but my own voyage needed an extension and more experience. It’s a late realization, but an important one nonetheless.

The more days spent living, the more we learn about ourselves. We grow up and outgrow labels and chapters in our lives. In the same breath, many of us can still figure out our sexual orientation as days go by. No one can force you to settle down and choose a label. Only you can tell when it’s time—and it’s totally okay if you change it after different experiences. And for me, calling myself a heterosexual is a far cry from the truth. But I also can’t find any comfort or solace yet in identifying as anything but questioning, queer or unlabeled. That doesn’t make my sexuality and orientation less valid, right?

Who knows, maybe years later, when I’ve gotten the hang of myself better, I’ll realize that I am a bisexual. Or perhaps more experiences will lead me to identify differently. After all, the letters in LGBTQIA+ exist to represent the fluidity of our experiences. Either way, it’s okay not to tack on a label onto yourself just because you see other people doing it. Self-assurance comes at the right time after some much-needed experiences. I’m happy for those who already know what to call themselves. But for people like me, maybe I need to jump through more hoops before getting there. However, I’ll hold onto the fact that it gets better.