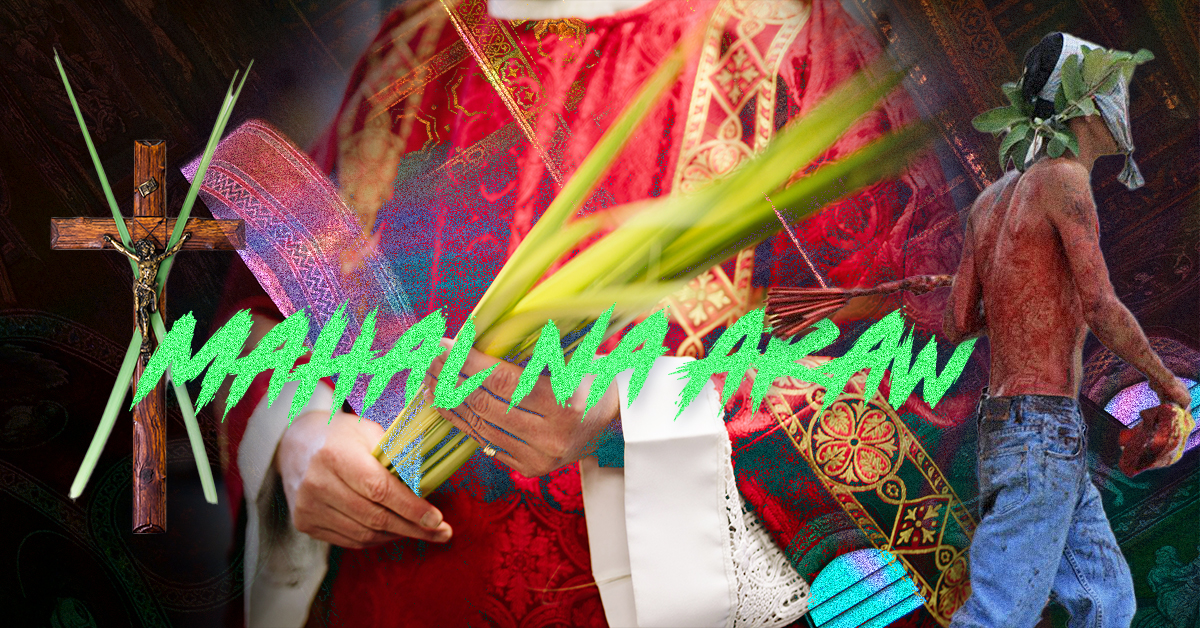 The Origin of the Easter Bunny and More: Things You Didn’t Know About Holy Week In The Philippines

Holy Week in the Philippines, or Mahal na Araw, is a long-standing tradition celebrated by the vast majority of Roman Catholics in the country, plus most groups of Protestant Christians and the Philippine Independent Church. The period before Easter Sunday includes Maundy Thursday, Good Friday and Black Saturday, which commemorates the Passion of Christ.

Much anticipated as an essential period for uninterrupted rest and reflection, the most important period of the liturgical calendar also serves as a holiday for non-practicing Christians.

As worshippers and devotees observe the last few days of the Lenten season, here are historical facts about the long-established period.

RELATED: How to Spend Holy Week at Home

The First Recording of Holy Week

The commemoration of Holy Week dates back to the fourth century. An inquisitive Spanish nun named Egeria kept travel diaries, which she intently filled while making a pilgrimage to the Holy Land at about 381 to 384. Her “postcards” to fellow sisters back home during her pilgrimage to modern-day Egypt, Israel, Palestine and Syria “offer detailed descriptions of biblical sites, monastic communities and worship practice in late fourth-century antiquity.”

Egeria described the Sunday before Easter, now known as Palm Sunday: “As the eleventh hour draws near… all the children who are [gathered at the top of the Mount of Olives], including those who are not yet able to walk because they are too young and therefore are carried on their parents’ shoulders, all of them bear branches, some carrying palms, others, olive branches.”

In some parts of the world, procuring palms (or palaspas in Tagalog) for Palm Sunday proves to be difficult. Leaves from willow, olive and yew trees are frequently used as substitutes. In recorded history, the Sunday was often designated the names of the trees, such as “Olive Sunday,” or by the general term “Branch Sunday.”

For Holy Week in the Philippines, worshippers love to decorate their palm fronds—primarily made from coconut palms—showcasing the inherent creativity of Pinoys. Then, they have it blessed by priests after mass.

The Bargain of Judas Iscariot

Holy Wednesday commemorates the Bargain of Judas, one of the 12 apostles of Jesus. The archaic term to denote the period is “Spy Wednesday,” a reference to his betrayal of Jesus found in Matthew 26:14-16: “Then went one of the twelve, who was called Judas Iscariot, to the chief priests, and said to them: ‘What will you give me, and I will deliver him unto you?’ But they appointed him thirty pieces of silver. And from thenceforth he sought opportunity to betray him.”

The Origin of The Easter Bunny

There’s a fascinating history behind the well-loved Easter Bunny, the prevalent symbol of Easter, which goes back to pagan traditions. With no mention in the Bible of this mythical creature, many theorize that it stems from the festival of Eostre, the goddess of fertility. Rabbits, popular for their exuberant breeding, have always symbolized fertility.

History.com offers a more thorough explanation on the Easter Bunny, the secular symbol, which, according to some sources, first arrived in America in the 1700s. German immigrants who settled in Pennsylvania transported their tradition of an egg-laying hare called “Osterhase” or “Oschter Haws.” More so, children made nests in which this creature could lay its colored eggs. This custom spread across America and the whole world, with the fabled rabbit’s Easter morning deliveries, which include chocolate and other types of candy.

Whether you’re a firm believer and celebrate Mahal na Araw or simply curious, there’s always merit in getting to know the history behind long-established traditions. Have a rest-filled Holy Week to all!