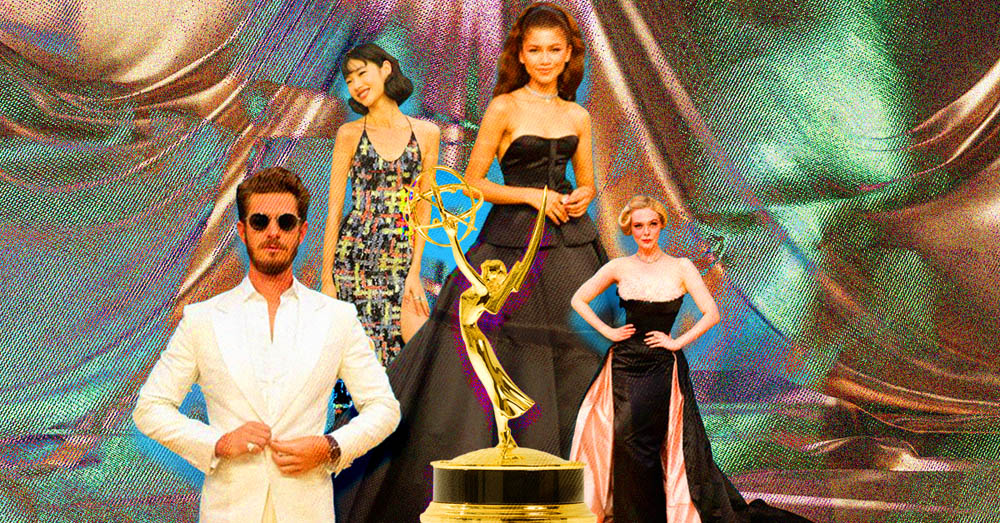 The Most Stylish Celebrities at the 2022 Emmy Awards

From Squid Game’s HoYeon Jung to Euphoria’s Zendaya, here are the best dressed stars from this year’s Emmy Awards

Years ago, the Emmy Awards would pass as more of a “local” awards ceremony; it focused on shows that do well in the US, with primarily white American actors taking home the top prizes. But with the advent of streaming sites and cable subscriptions all over the world, the Emmys has grown to have a more global audience with diverse taste. But that statement rings much truer today.

With nominations like Squid Game and the diverse cast of shows from pop culture giants like Marvel and Star Wars, this year’s attendees are as colorful as ever. Though in the spectrum of red carpet events, the Emmys is far more relaxed than the Oscars, allowing stars to play around a bit more compared to the Golden Globes or the Grammys. That said, we’re honoring not only those who opted to bring the glam but also the celebs who opted to take risks in terms of silhouette, color and texture on the carpet. Because fashion is ever-changing and it’s about time we see more than the quintessential black and white.

Below, a round-up of the best-dressed stars with the best fits from the Emmys.

Ah, the actress that can do no wrong. Impeccable in vintage Valentino, the Euphoria star and now two-time Emmy winner for Best Leading Actress in a Drama Series, is a vision in black, and is able to always add that interesting youthful flair to every look she dons on the red carpet. We, of course, have her stylist Law Roach to thank as well.

A man in flared trousers is always A+ in our book! The Great star Nicholas Hoult walked the carpet in a groovy but sartorial Christian Dior suit that made us swoon.

If you haven’t streamed The Dropout, we suggest you should—especially after Amanda Seyfried’s much-deserved win for Best Lead Actress in a Limited Series or Movie for this year’s Emmys. On the red carpet, Amanda decided to dress the opposite of her crazy-eyed character, Elizabeth Holmes, and went for a blush pink dress from Armani Prive that hugged her body in all the right places and sparkled in princess-y fashion.

We love it when stars take risks with short dresses for a red carpet event. Yellowjackets star Jasmin Savoy Brown picked a fun and daring cut-out piece from Christopher Kane with matching heeled mules that play around with toe cleavage. While her beauty look was equally as stunning with a barely-there glow and stylized baby hair swirled and set to perfection.

RELATED: Cut It Out—Literally! The Return of Cutouts, Keyholes and More

Though people are re-discovering their love for Andrew’s Spidey, he sadly lost his Emmy nod for Under the Banner of Heaven. On the bright side (or rather light side), he looked fresh in an all-white dapper suit from Zegna. He completed his look with black leather lace-ups that match his dark-lensed sunnies that add that touch of cool to his look.

The Euphoria bombshell looked stunning in a custom corseted Oscar Dela Renta that featured a Victorian bustle at the back made in a beautiful embroidered dove gray fabric. Oh, did we mention it was her birthday, too? Talk about an award-winning birthday suit!

Everything about Elle Fanning’s red carpet style is Great as far as we’re concerned. As TV’s Catherine the Great, the 24-year-old star opted to put the spotlight on the show’s costume designer, Sharon Long, and wore a custom two-toned gown that definitely brought the drama and the glamour to the red carpet.

The Yellowjackets cast are on a roll when it comes to red carpet style. Australian actress Liv Hewson went bold with a gilded chartreuse suit with feathered cuffs that was a much-needed sunshine moment.

Squid Game’s HoYeon Jung was a vision in a pastel geometric houndstooth appliqué dress from Louis Vuitton. We also love the hairpin detail on her head that’s a nod to traditional Korean headdresses back in the Joseon Era.

Stunning in a cut-out Gucci dress adorned with beaded floral shoulder and hem details, the three-time Emmy award winner for Ozark has a knack for bringing eccentricity to any red carpet event. What makes this look work is the overall styling that’s a remix of old Hollywood glam and a bit of ‘70s retro chic.

The Emmy Awards may be a celebration of all the best that television has to offer—but the fashion is definitely the icing on the cake.