Bookmark-Worthy Fashion and Beauty Looks from BLACKPINK: THE SHOW

On December 2nd, the whispers and rumors were finally laid to rest when BLACKPINK officially announced their first virtual concert, The Show. BLINKs had been on the edges of their seats since then. They took a concert postponement in stride. They went all-out with their support. And naturally, until the concert finally happened on January 31st, they yelled about the performances they hoped to see into the bottomless pit that is stan Twitter.

We can relate. After finally hearing Rosé’s upcoming solo track in full and seeing our favorite K-pop x mainstream collab, Sour Candy performed (with A+ back-up dancers, might we add), we hereby conclude that the two-month wait was worth it. Although we admit that there was something we were looking forward to just as much as the music: the looks.

When we say BLACKPINK are fashion icons, we literally mean it. Case-in-point: Every member of the group has both a fashion and beauty endorsement. Jisoo is a muse for both Christian Dior and Dior Makeup. Jennie isn’t affectionately called “Human Chanel” for no reason: she’s literally a brand ambassador, and is also the face of K-beauty brand HERA. Rosé fronts both fashion and makeup campaigns for YSL, while Lisa is a mainstay at Céline and MAC. The worlds of luxury fashion, beauty and K-pop have long been intertwined, but no one has blurred the lines quite like the girls of BLACKPINK.

It goes without saying that we were expecting looks to be served. Suffice it to say that The Show didn’t disappoint. Here’s a recap of some of the best fashion and beauty moments from BLACKPINK’s first livestream concert!

RELATED: Jennie’s on YouTube! Here Are the Videos We Want to See on Her Channel

Despite her supposed aversion to the color red, Jennie’s sported the color onstage and on the ‘gram a number of times. This particular look easily trumps all those times. The hair! The porcelain skin and saturated blush! The Mihano Momosa top! We’re going to be thinking about this one for a while.

While we caught a glimpse of an extremely glittery eye look in Rosé’s Gone music video (getting to see it was a treat reserved for BLINKs who tuned into The Show!), her makeup during the concert itself was a little more understated. Rosé’s looks let the fashion do the talking. For instance: this tiered, frilly magenta situation. 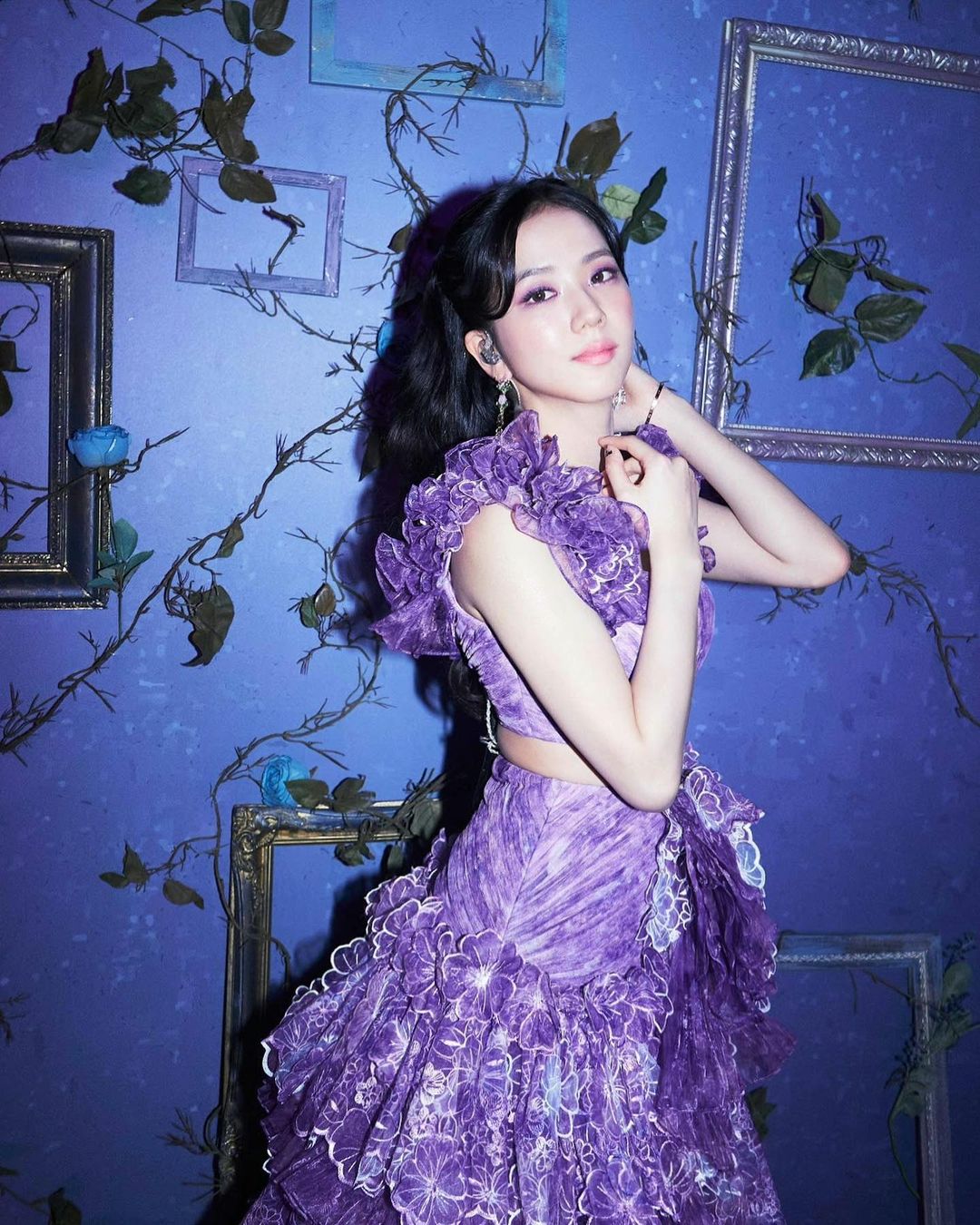 Jisoo has the timeless, Miss Korea-worthy kind of beauty that can make nearly any beat look good, but if we’re playing favorites, there are superior Jisoo looks in our book. The first would be a classic red lip, and the other would be the lilac-stained lids she sported during her solo stage. BLACKPINK opened The Show in these corseted ‘fits—all from New York-based label, The Blonds. It’s pretty much fact that they all look great, but as far as we’re concerned, Lisa’s grinch green ostrich feathers and combat boots took the cake in this set. We don’t say this often but, if Lisa stepped on us while wearing this, we’d probably thank her (and ask her to do it again).

Over on Korean forums, BLACKPINK’s stylists are known to be creative with reworking existing pieces—like, extremely so. Imagine joggers and bike shorts turned into bras, or cocktail dresses and structured denim being transformed into asymmetrical crop tops—only you don’t have to imagine, because their styling team already made it happen. Their stylists are extremely precise. Coming from a team that produces and styles our own shoots each month, we can’t help but commend the effort they pour into customizing each member’s outfit to suit their personality.

Black, white and a pale opalescent silver were the color story of BLACKPINK’s final ‘fits, and all their ensembles were tied together by recurring elements: neck accessories, short bottoms and a knee or thigh-high element. Despite adhering to a common theme, Jisoo, Jennie, Rosé and Lisa’s outfits felt extremely true to their distinct sense of style. And perhaps it’s just the sentimentality talking, but these looks take us right back to How You Like That, the single would eventually become the first track of The Album.

Looking for more fashion and beauty inspo from the K-pop realm? It’s always a good time to revisit the trends Jennie set during her solo debut. Otherwise, why not take some cues from Irene & Seulgi or some of the beautiful boys we keep close to our hearts?