Fashion was never meant to be purely practical. It is after all a form of artistic (and political, see: Calvin Klein SS 18) expression, a sign of the times or in some cases, as Time once said, a flight of fancy. And while we admire the creative geniuses behind this generation’s most sought-after labels, we can’t help but wonder, are designer bricks, comforter-style bags and super off-brand wares some kind of pun or brilliant retort to fast fashion’s designer-inspired merch or the counterfeit industry? Who knows…But we’re counting down just some of the most—gasp!—ridiculous and ridiculously expensive designer goods in recent history anyway #justsayin. I mean we love you, too, Moschino but no. We get this free from the dry cleaners.

We’re fans of the classics, but not these two. IKEA’s carry-all at $1 takes our vote. Does the other one come with a duvet, though?

So many questions. Can’t decide if it’s a brilliant joke or a just-because kind of thing. 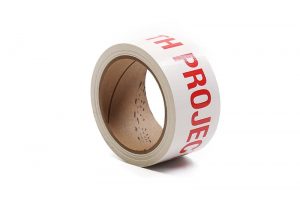 via The Mercury News

Dogs have done this to our shoes though. via The Fashion Law

Actually, these are kind of cute. Can we still get one? As the ultimate in luxury fashion and lifestyle—think equestrian sports—skateboards are just so off-brand for Hermès. 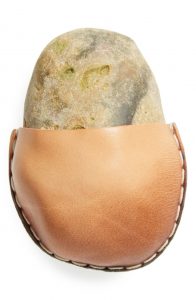 Issa rock. How does it stand on its bottom though, this rock?

Is it art? Is this fashion’s way of taunting or trolling haters and imitators alike? What else could it be??? Whatever it is, we’re not buying…but those LV band-aids though, are they still available??