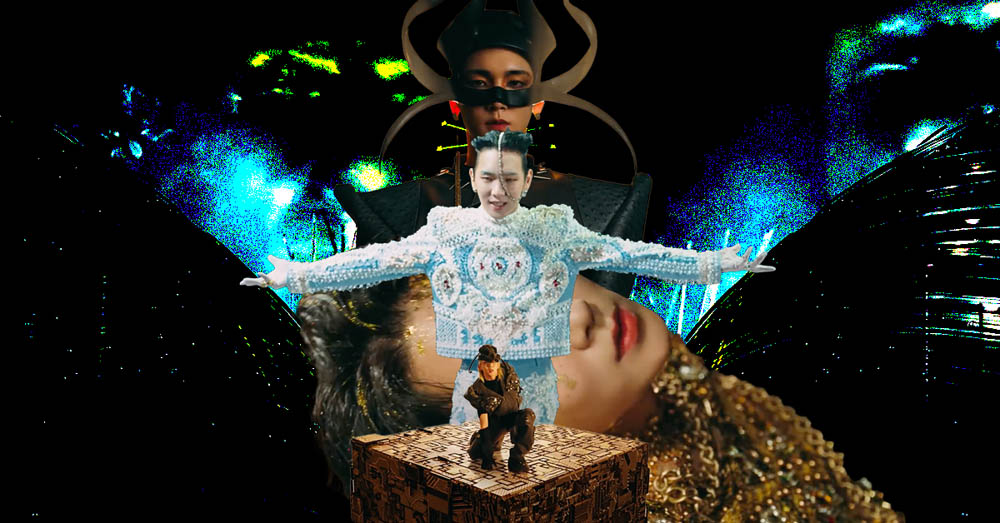 Here’s Why Key’s “Gasoline” Is A Fashion Masterpiece

It’s King Key Bum at your service once again

No matter what generation of K-pop you started stanning, SHINee’s Key would already have popped up on your radar by now. Whether it’s because of his variety show appearances, his work with SHINee or his solo endeavors, this K-pop star has become an institution. Not only is he an idol with a decade-old career, but he’s also one of the industry’s most prominent fashion icons, thanks to his distinct style. Key also had his hand in the wardrobe SHINee wore for View, taking cues from retro skater fashion that was unique at its release. In an essay for Allure, Key shared his style philosophy that looks over gendered clothing. He writes, “For me, there’s no boundary between femininity and masculinity, and I try to be even more natural in my own reactions to people expressing themselves.”

Key’s styling philosophy also pours over into his solo works. We first see it in the sharp and streetwear-influenced One of Those Nights, the explosive Bowie-esque imagery of Bad Love and now, in the extravagant opulence of Gasoline. In his latest comeback, the K-pop icon treads the realm of all sorts of rich and exquisite. From the Mother Monster-esque headpiece to pieces with intricate beadwork, all looks from Gasoline makes it a visual, fashion and musical masterpiece.

The moment Key dropped the teaser for Gasoline, everyone already knew that he would eat the whole thing up. After all, we’re coming off the great looks from Bad Love; surely this one won’t disappoint. The 80s horror move poster-inspired poster features Key in different characters, plus a sneak peek at the rest of his looks. The video teaser also gives us a better peek into the universe of Gasoline, where Key takes on different horror tropes. From exploring a haunted compound to freeing a mad scientist’s creation, it seems like Halloween comes earlier whenever he’s around.

The first look is a golden set that Key appears in the first few seconds of the music video. Seo decorates the piece with a combination of jewels, gold chains and a variety of warm beads. The look honestly throws us back to Lil Nas X’s Versace three-in-one look from the 2021 Met Gala and a touch of Jibaro from Love, Death + Robots season three.

In the second look, a white and blue beaded ensemble paints Key in an iridescent light amid the darkness surrounding him. Add in the almost-celesial headpiece, and the pop star has become a sight to behold. As mentioned earlier, these looks look plucked out of the 2018 Met Gala, and Key’s headpiece reminds us of a bolder version of SZA’s Versace headpiece.

RELATED: 2021 Met Gala After-Party Looks You Might Have Missed

In Gasoline, Key also takes cues from one of 2022’s major trends: cut-outs. The look he wears as an evil wizard in the music video features layers upon layers of different textures, all cut out to show some skin. To make him look more commandeering as the ruler of another world, the outfit closes with pointy leather sleeves and leather gloves. In other shots, he pairs the outfit with a huge horned headpiece, reminiscent of Maleficent or Thor’s Hela.

Meanwhile, another avant-garde look features a fishnet top and loose leather bottoms. But, of course, a simple look gets accentuated by a silver sequined harness, evened out by the bedazzled headpiece that falls on Key’s delicate face like rain. Key further elevates the look with the accessories, such as loose black gloves, knee-high socks and chunky loafers with silver hardware.

RELATED: Your Halloween Guide to Horror Movies That Redefined the Genre

Monsters under the bed

As far as Key is concerned, it’s never too early for Halloween, and Gasoline solidifies that. But, of course, it can’t be a horror-themed music video without a throwback to some of our biggest fears. In one of the sequences, he rocks an all-brown ensemble accentuated by tufts of fur and metal eyelets to mimic one major big fear: spiders—tarantulas, to be specific. His furry headpiece quite exudes the spider’s pedipalps or the two short limbs by his head. The pipes on both sides of his head are honestly giving touches of Mother Monster, too.

Key’s last look features a skeleton piece that stands out over an all-black outfit. The K-pop star dances in a pool of water, looking at the camera with a sinister glint in his eyes. A glint you can recognize under his lived-in and ruined makeup. But of course, Key and Wook Kim take it up a notch by adding jewels on the bones, specifically on the sternum, for a dash of flair and drama.

RELATED: Looking Back at SMTOWN Halloween: The *Only* Halloween Party Ever

The Philippines might be excited over Christmas as early as September, but with Key, the end of August signifies the start of Halloween.

Don’t forget to stream the music video of Gasoline and the entirety of Key’s sophomore album.

What look is your favorite? Let us know in the comments!