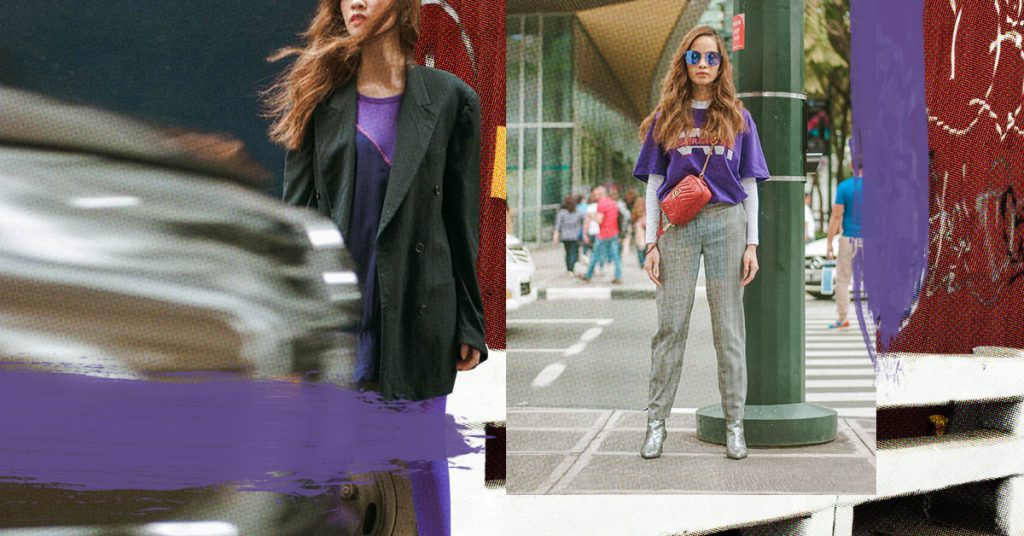 Seeing Ultra Violet: How to Wear the Pantone Color of the Year

What’s in a color? The folks over at the Pantone Color Institute have made it their business to know

With a name for each shade, tint and hue known to man, big brands in their clientele and an in-depth understanding of the psychology of color, they’re called the indubitable global authority with good reason. And when Pantone kicks off December with the announcement of the upcoming year’s big color, we perk up and tune in. “[It’s] come to mean so much more than ‘what’s trending’ in the world of design,’” shared Pantone Color Institute Vice President Laurie Pressman. “It’s truly a reflection of what’s needed in our world today.”

In 2018, we usher in Ultra Violet: a rich, electrifying shade that “suggests the mysteries of the cosmos, the intrigue of what lies ahead, and lights the way to what is yet to come.” It’s a lot like 2008’s “Blue Iris” with a kick or punch. It’s Prince, David Bowie and Jimi Hendrix. It’s the Philippines’ beloved ube, an eggplant field or Grimace from McDonald’s. It’s forward, energizing and unafraid.

While the fun part lies in translating the “Color of the Year” into real life, some are just more challenging to work with than others. 2017’s very Green Tea Kit-Kat and Kermit the Frog shade of green, for example, was a tricky one to bring into fashion. The Rose Quartz and Serenity pairing from 2016 was a little more forgiving. Thankfully, 2018’s “Color of the Year” is not only inventive and imaginative, but also extremely easy to wear.

One Piece at a Time

Incorporate shoes, accessories or tops in ultra violet to your wardrobe and build your next outfit with these in mind. If you’re looking to make a flashy ultra violet hoodie the focal point of your look, for example, you can dress it down with black denim trousers and white sneakers. Let ultra violet be the highlight and keep everything else muted. This year, invest in versatile piece you can just throw on and then style bit by bit: It could be a blazer over a t-shirt dress, a casual jumpsuit paired with strappy black sandals and accessorized with a black wide-brimmed hat or a printed knee-length dress in the color of the year worn alone. Whether you’re in the mood to glide on a little eyeliner, pat on eyeshadow or sweep on some lipstick, just a tinge of ultra violet should be enough to step up your beauty game. This particular shade looks great on Pinay skin tones and also makes brown eyes pop.

Wear it your way: Fenty Beauty Mattemoiselle Plush Matte Lipstick in “One of the Boyz,” P1,100 Pop It, Lock It, Color Block It Mix and match pieces in solid colors and put your own modern spin on ‘80s power dressing. This era was all about clashing colors, too, so don’t be afraid to explore beyond ultra violet’s complementary colors.