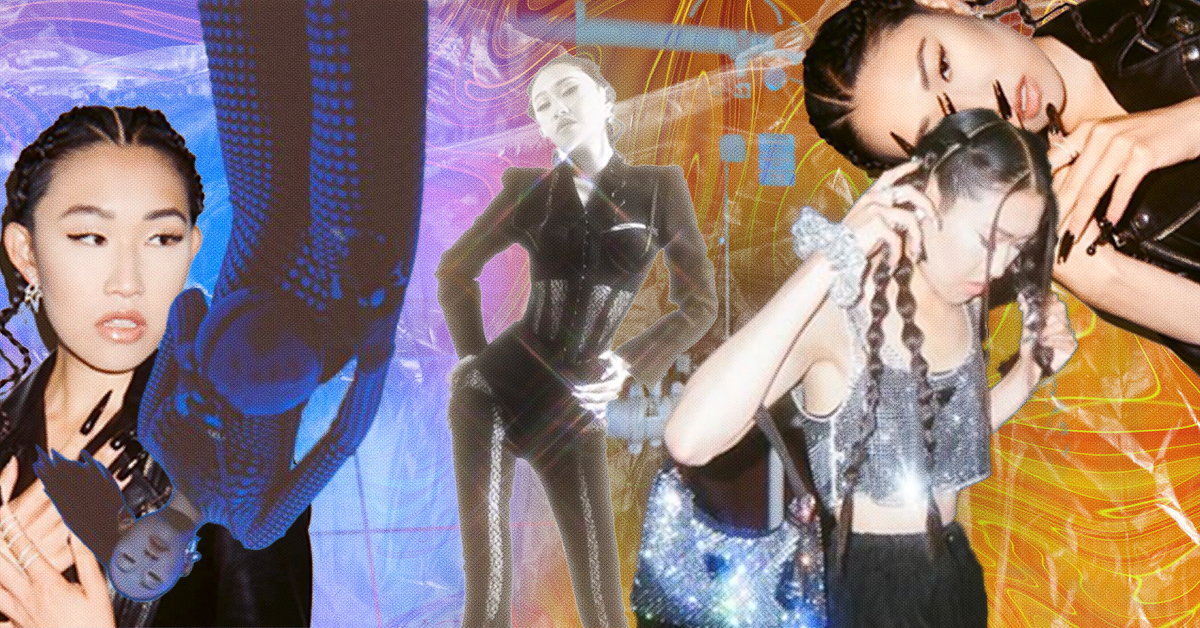 One of the most exciting things about Bling Empire is the abundance of fashionable outfits in every scene. Dripping in diamonds, always in designer items—the crazy rich Asians of Los Angeles certainly dress the part. And while it might be the Gen Z-er in me, Christine Chiu’s extravagant ensembles and Kelly Mi Li’s boss woman wear don’t catch my attention. Sure, they’re updated with their couture, but I’d argue the best fashion player in the cast is Jaime Xie.

A short catch-up on her origin story: Jaime is the eldest daughter of billionaire Ken Xie, CEO of cybersecurity company Fortinet. Much like fellow models Gigi and Bella Hadid, Jaime grew up as a competitive equestrian. But, and you can call this parallelism or just plain coincidence, she was also dissuaded by her mother from pursuing a career in sports. So instead, she found herself in the fashion industry as a model under Julia Haart’s Elite Models. Out of the Bling Empire cast, Jaime Xie catches the spot of the youngest in the bunch at only 24 years old.

So while Anna Shay and Christine Chiu continue to battle it out for the title of ”Queen B of Rodeo Drive,” Jamie Xie is slowly asserting her fashionable dominance with her looks. After all, she describes her relationship with Leah Qin as follows: “We both do love fashion, but there is absolutely no way I would ever pair that cardigan with those jeans. I’m so sorry, but… yeah.” If anything, that’s an indication that she doesn’t play when it comes fashion.

We first see this look in one of the sit-down interviews of episode two. As Jaime narrates her Valentino adventure with Anna, this look of hers appears to be the edgiest of the group. But, being able to see it in its entirety? Honestly, this outfit is one of the best ones she wore throughout the show.

RELATED: The Cast of Stranger Things Dish on What’s Next for Season 4

Jaime Xie meets Dorothy Wang for some lunch, and the two end up complementing each other in glittery Prada wear for their session. But major props to Jaime’s sparkly tank top and matching accessories: a bedazzled scrunchie and bejeweled Prada Hobo Bag.

Purple and green have always made a timeless color combination—despite their likeness to eggplants. As Y2K trends return well into 2022, Jaime Xie puts her own colorful spin. The model pairs a shining lilac-colored turtle neck with a ruffled mini-skirt. She tops it all off with a deep violet micro bag adorned with many gems.

Episode Four: Blending In But Standing Out

One of the scenes off Bling Empire shows Jaime Xie shooting for content—puzzling Anna, who isn’t familiar with the Instagram game. Jaime’s wearing a dazzling Marine Serre two-piece, transforming her into a chameleon when the lights go on. While waiting for her fashionably late friend, the model brings her A-game while shooting. And the final products speak for themselves.

In that same shoot, Jaime dons a giant bow over her matching two-piece. Talk about making a statement! Of course, the cherry on top of the shoot is having a friend do it with her; Anna Shay changes into a color-coordinated green outfit and joins her for photos—we love this LA-mother-daughter-tandem.

Jaime and Anna arrive in matching leather jackets for Kane Lim’s Truffles and Diamonds Party (yes, I know, an odd name to call it). Anna explains their outfits as such: “Usually they’ll say black tie, white tie, but there was no clue on this one. So we said, ‘Okay, fine, we’ll just make our own.’ So I called Alexander McQueen and went shopping.” Needless to say, Jaime Xie arrived as a pop-punk bombshell.

RELATED: 6 Ways to Incorporate Pantone’s Color of the Year into Your Life and Home

Here’s the thing: while Jaime Xie’s appearances on Bling Empire are nothing short of chic, her Instagram holds troves of looks you can pull inspiration from.