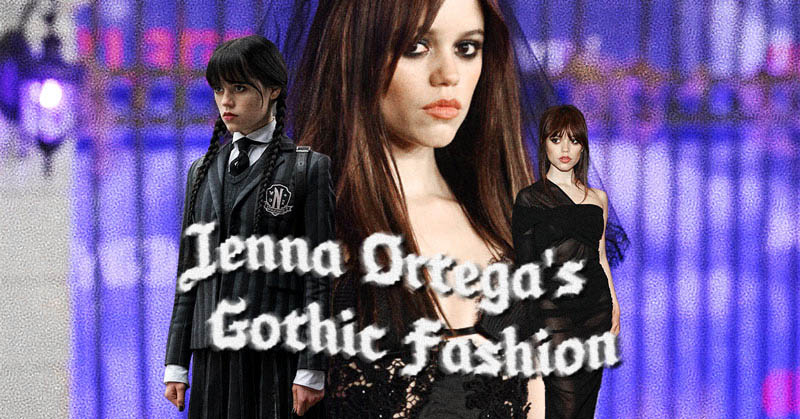 It’s time to change your wardrobe, Wednesday demands it

Wonder is your eyes and ears in fashion, and we’re saying it: 2022 has been a thrilling time for style. From the renaissance of the Barbiecore aesthetic to dressing like a Downtown Girl, curating your fashion sense has never been more exciting. Thanks to TikTok, fashion trends have become more accessible for people to see and try out. The year is far from over, and we still have more room for some new style inspiration. Enter: Jenna Ortega as Wednesday Addams.

The character—and her actress—wears the black and white color palette best, as seen on the new Netflix show, Wednesday. Ever since its official release on November 23, Wednesday has been making waves all over the world. Just in its first season, the series has broken Stranger Things 4’s Netflix record for most hours viewed in a week for an English-language series.

More than the critical success, the fashion direction for the show is impeccable for old fans of the Addams Family and new fans of the remake. In the ’90s, Cristina Ricci took the helm for the portrayal of the macabre girl through The Addams Family and Addams Family Values. In the majority of these films, her wardrobe mainly consists of a black dress with a white collar, a simple yet striking look for a member of the Addams Family. Of course, the iconic braided hairstyle is included with the rest of the gothic ensemble. While the movies don’t show Wednesday branching out to other clothing options, the Netflix show makes up for this.

Going back to the fashion moodboard, costume designer Colleen Atwood shares in an interview with Refinery29 that Jenna Ortega’s character strictly follows a black-and-white policy. No less for the only Wednesday Addams. The modern twist in reinventing Wednesday comes from TikTok’s influences, adding a unique spin to the character. Atwood adds that other inspiration came from the street-style scene in London, wherein her residence in the city paid off. She bases realistic yet trendy outfits in the show on real-life teenagers. The homicidal maniac look brings out the more sinister characteristics of Wednesday, and we love to see it!

The exciting feature of Wednesday’s wardrobe is how much it changes. It’s versatile, and it does not stick only to one style. For example, Wednesday’s campus outfits usually include color-blocked sweaters and knits, pairing different textiles like leather and knit, including chunky shoes to match. A ball? The dress code will be an exquisite tulle top and skirt for the dance floor. All black, of course.

While promoting the show, Jenna Ortega is seem channeling her own Wednesday by elevating her everyday fits. The actor puts a twist to the typical gothcore by mixing in different silhouettes, but the #Gothcore vibe is still very much there.

Nowadays, gothcore emphasizes combining different textures with one color to bring out the whole outfit. Stereotypical gothcore is usually heavy and intimidating to look at. Combinations of corsets, lace, chains, gloves and fishnets are examples of layering different accessories for this aesthetic. Changes to the famous gothic look can be credited to social media for popularizing the plethora of aesthetics to enjoy. Take the leap in exploring gothic fashion by following the one and only Wednesday Addams.

Taken from the words of Morticia Addams (played by Catherine Zeta-Jones), she knows her daughter’s taste when it comes to the wardrobe department. “Please excuse Wednesday,” exclaims Morticia Addams in the trailer. ​“She’s allergic to color.”

RELATED: Save Your “Baryo” From Bloodthirsty Beasts in This PH Folklore-Inspired Card Game

We hope a few words from mother dearest can help inspire you to embrace the darkness or be a little twisted like her eldest.